Talk about a nice round number—50!

Well, maybe not so nice, as 50 is the total number of Midtown Manhattan buildings with at least 100,000 square feet of (mostly) contiguous availability. (I say “mostly” because, in some cases, there are two large chunks within a building that can be put together to equal more than 100,000 square feet.) One year ago, that number stood at 40. To put it further into perspective, there are 20 such blocks of space Downtown and 13 in Midtown South. These numbers also include buildings under construction, which in Midtown means 250 West 55th Street, 55 West 46th Street, 1045 Avenue of the Americas and the Related/MTA Hudson Yards Building Number 1 South Tower (that’s a whole lot of words to describe one building, but clarification is necessary so as not to confuse it with the future Extell project called 1 Hudson Yards).

The current average size of these Midtown blocks is just under 310,000 square feet, with the largest space available being Hudson Yards Number 1 (around 1 million square feet, if you back out the Coach transaction), followed by 780,000 square feet available at 1221 Avenue of the Americas (Société Générale).

The “big 50” add up to about 15.5 million square feet of availability. Only four of the 50 blocks are subleases, with the remainder being direct from the landlord. In addition, 40 of the 50 are within the Class A segment of the market; the rest are Class B (all of them either in the Penn/Garment or Grand Central submarkets).

Finally, the Midtown submarket with the most 100,000-square-foot-and-greater blocks would be—ta da—Grand Central, with almost double the number of the next highest (Times Square). That said, what do all of these stats mean?

Well, it’s simple, really—over three years after the official end of the U.S. recession, we still have a lot of availability out in the Manhattan market, with most of it in Midtown. Let us hope we avoid going over the fiscal cliff and that 2013 is an absorbing year. 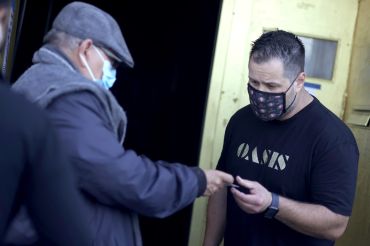