Larry Silverstein’s Got 99 Problems, But Jay-Z Ain’t One 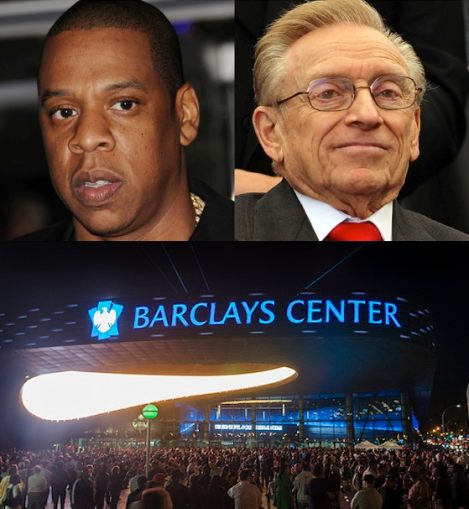 Hip hop impresario Jay-Z kicked off the opening of Forest City Ratner’s Barclays Center with a series of eight sold-out concerts last week. And while thousands of rap and pop music fans descended on Brooklyn to welcome Hova back to his native borough, more surprising, perhaps, were the boldface real estate titans who lined up as guests of Bruce Ratner to witness the spectacle. Besides Dan Tishman of Tishman Construction and Vornado Realty Trust’s Michael Fascitelli and Steven Roth, Mary Ann Tighe of CBRE described the evening as electric. “The only Jay-Z song I recognized is his New York song, which he performed early in the show,” wrote Ms. Tighe, who added in an email to The Commercial Observer that she also enjoyed the arena’s menu of Brooklyn-based restaurants. “Best arena/stadium food ever,” she wrote.

Perhaps the one attendee who was most impressed with the Barclays Center and its booming sound system, however, was Larry Silverstein, the iconic developer behind the ongoing redevelopment of the World Trade Center. Mr. Silverstein revealed his first impressions of the Barclays Center with The Commercial Observer and shared his opinions on Jay-Z and the venue’s body-shaking bass system.

The Commercial Observer: So a tipster told us they saw you at the Jay-Z show last Friday.
Mr. Silverstein: We attended the concert Friday night, and it was a transformational experience.

Really? How so?
Well, first of all, I have never experienced anything like this before in my life, and I have only been around for 81 years. In fairness, I am not used to going to these concerts. These rap concerts or this type of music, I am [not] an ardent fan. I am on the board of the New York Philharmonic, and classical music is my thing, so this was extraordinarily different by way of an experience for me.

Why did you go?
The only reason why I went is… well, two reasons, really. Number one is Bruce Ratner extended the invitation to my wife and to myself to go out there. As it turns out, my wife said, ‘why don’t you take one your granddaughters?’ I wanted to take both of them. As it turns out, one of them could make it and the other one couldn’t.

I called [his granddaughter Arielle] and I said, ‘sweetheart, would you like to go?’ She said, ‘I would love it! That would be fantastic!’ But she said, ‘would you be able to handle this?’ I said, ‘what’s the big deal?’ She said, ‘well, the music is very loud.’ I said, ‘so I’ll bring an earplug or two, it’s no big deal.’

She said, ‘the other thing is the vibration is going to go right through your body. Do you think you can handle it?’ I said ‘how bad can that be?’
Little did I appreciate the experience that was before me.

Before we get into that, did you manage to see Bruce Ratner while there?
Once we went and got in there– of course we saw Bruce Ratner and so forth, and I congratulated him because he’s done an incredible job. All of New York blesses this man, or should bless him, because what the impact that this will have on the borough of Brooklyn and therefore the city of New York as a whole, is just hugely beneficial. It is so positive. The fact that he’s only been at it for 10-or-11 years of his life under extremely difficult circumstances, so I came by and I saw Bruce and I said, ‘Bruce, you’re crazy!’ He said, ‘yeah, not as crazy as you are.’

The truth of the matter is the only way something like this gets done is if you simply close your eyes to everything else and decide to focus exclusively on this project. I got to tell you, that’s what I had to do, and it’s the only reason that we’re able to get through this goddamn thing for the last 11 years, and Bruce had to go through the same thing. It was a pulverizing experience.

Back to the concert itself. How was the “experience” for you?
Friday night I thought it was quite spectacular. The sound level, I mean, I didn’t appreciate it until some disc jockey came on and oh my God…

So I realized, jeez, another few minutes of this [and] I’ll be deaf for the rest of my life. Then the music started, and oh my God, the vibration! This was unlike any experience I’ve ever had. It was powerful, really powerful stuff.  So there we were in this great location, we had the best seats in the house. I said, ‘I got to find a place where it’s not so loud.’ So we ended up in a box and guess what, the vibration was just as loud, and the sound level was just as loud. I couldn’t get away from it! I thought ‘it’s gotta be better in the Men’s room, it’s gotta be.’ I went to the Men’s room and guess what? No better. How do you last? How do you last? Then of course Jay-Z comes on and oh jeez.