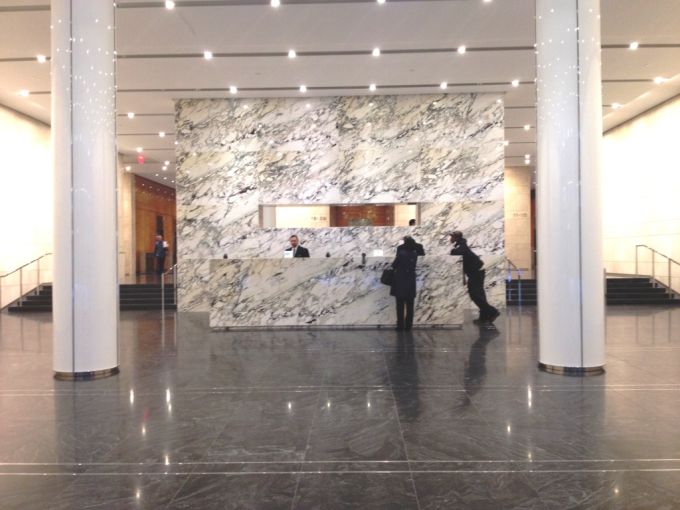 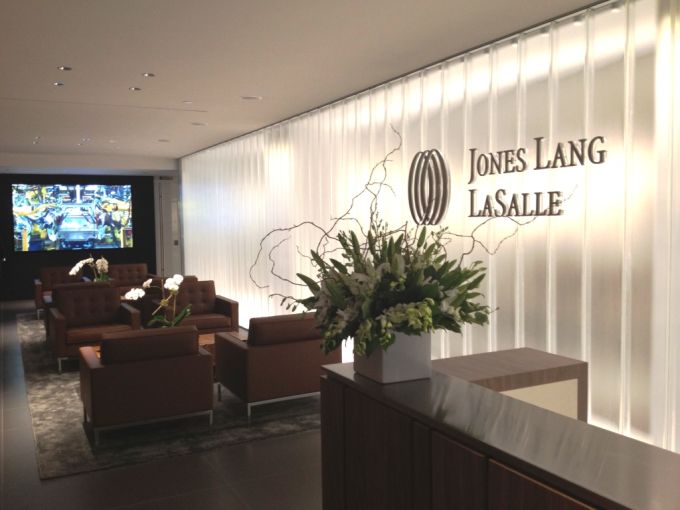 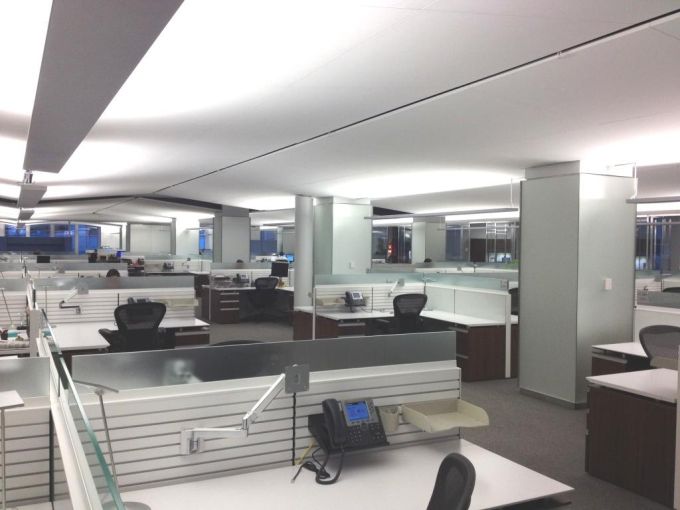 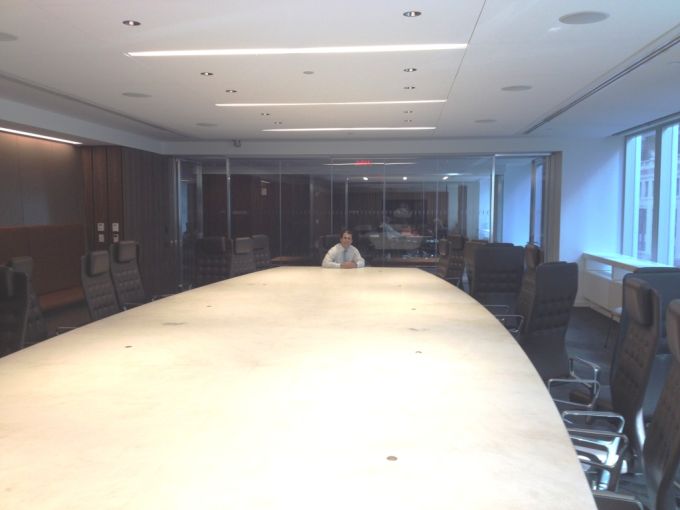 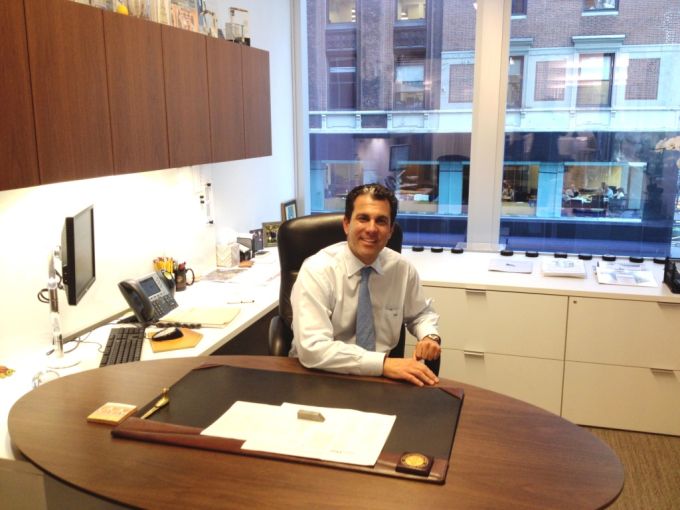 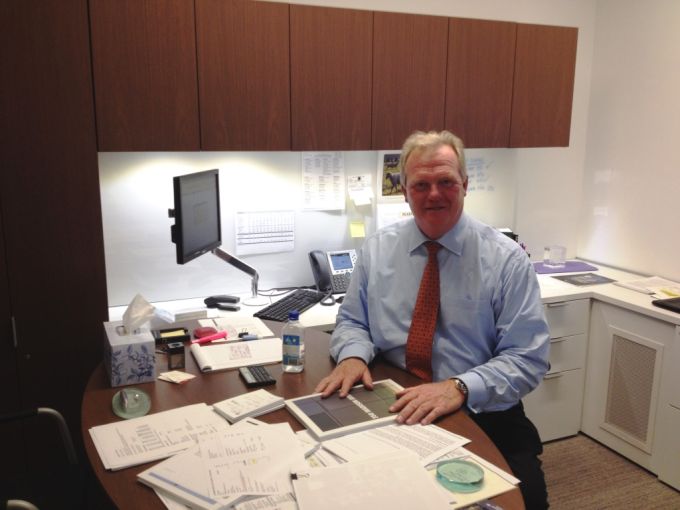 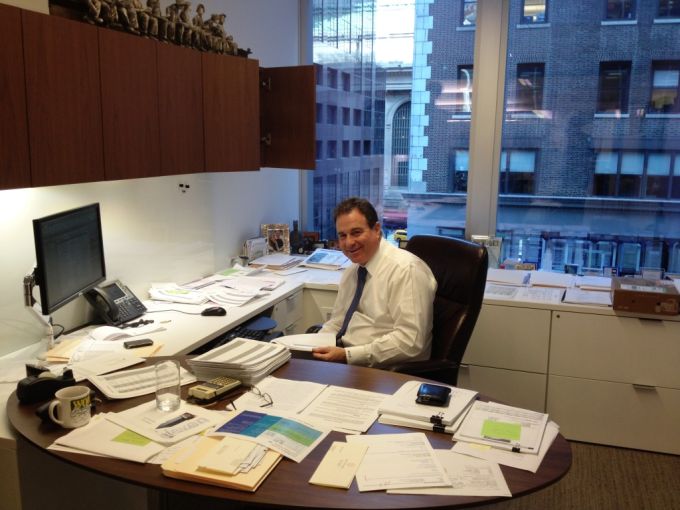 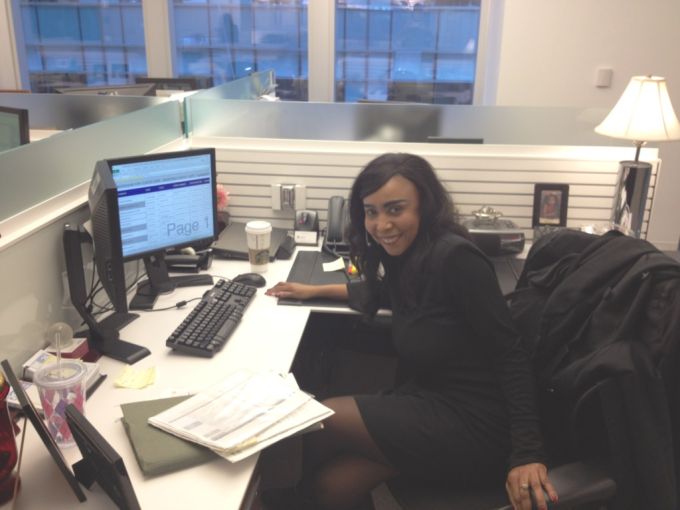 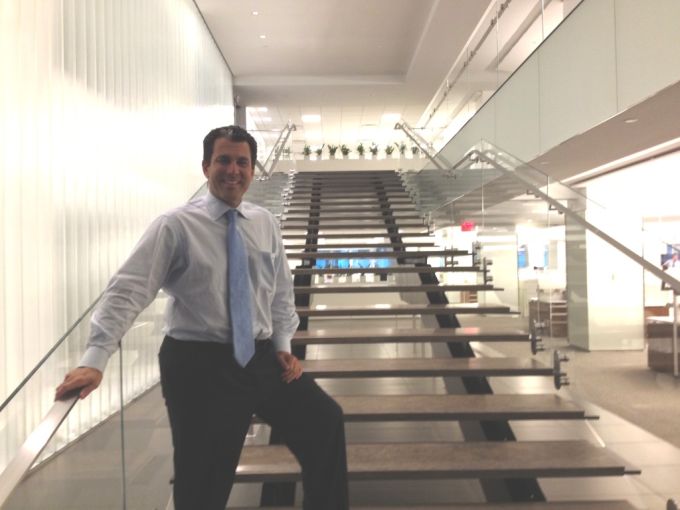 In 2010, the real estate services company Jones Lang LaSalle decided to move from its longtime home at 601 Lexington Avenue, relocating to 82,000 square feet at 330 Madison Avenue. Two weeks ago, after taking possession of the space at the end of the 2011 and after undergoing a two month build out, JLL moved into its new offices. The company’s New York area president Peter Riguardi gave The Commercial Observer an exclusive tour of the real estate services firm’s new Manhattan headquarters.

SEE ALSO: 437 Madison Avenue Gets a New Amenity Center
330 Madison Avenue’s stunning new lobby. An wall of striking marble serves as the backdrop for the 39-story, 850,000 square foot building and partitions the lobby’s entrance way from a small lounge-like seating area behind, near the elevator banks. The building’s landlord, Vornado, which owns a collection of Manhattan skyscrapers, spent over $100 million renovating the property in recent years, work that drew tenants, including JLL.
JLL’s new reception immediately conveys the attractiveness of the new space. A glass wall defuses the bright light of the main workspace beyond. “Paul Glickman actually helped us choose the lighting for the space,” Mr. Riguardi said. Mr. Glickman, an agency specialist at JLL, knew from his work marketing spaces that installing abundant illumination would instill energy in the space Mr. Riguardi said.
For its new layout, Jones Lang LaSalle adopted an open plan with work stations spread throughout the floor and perimeter offices for senior level dealmakers. Inline with the kind of collaboration and communication the company was trying to foster with the new space, Mr. Riguardi also said the company’s different service lines were not lumped together but interspersed. Top brokers like Mitch Konsker for instance sit on one floor but Scott Panzer, another successful broker is downstairs to prevent one floor from becoming an uninterrupted block of brokerage. “We wanted to have integration between all the businesses and encourage them to cross sell,” Mr. Riguardi said.
Peter Riguardi sits at the head of the office’s giant conference table. The conference room is where JLL has many of its meetings, including its well known Monday morning market meetings, a tradition that Mr. Riguardi started when he took over as president of the firm’s New York branch.
Mr. Riguardi’s office and desk space are clean and neat. There are no corner offices in the space (a conference room occupies the corner closest to Mr. Riguardi) and every office is the exact same size, choices that Mr. Riguardi said were made to preserve a sense of egalitarianism.
Richard Baxter, part of a high profile investment sales team at JLL, sits at his desk. Mr. Baxter and team members Scott Latham, Jon Caplan, Ron Cohen and Glenn Tolchin work in close proximity to one another
Mitch Konsker, one of JLL’s top leasing dealmakers, sits at his desk. Next door to his office is Alex Chudnoff and then Matt Astrachan, two other top brokers at JLL who often work with Mr. Konsker on assignments.
Mitch Konsker’s assistant NeShanta Lindsey has been with Mr. Konsker since he was a rising broker at the Galbreath Company 15 years ago. Everyone at JLL calls her Lindsey to the point where most people who know her think it’s her first name.
JLL’s two floors are joined by a staircase to make it easy for professionals to interact.
Jones Lang LaSalle, Peter Rigaurdi, slideshow
Sales
California 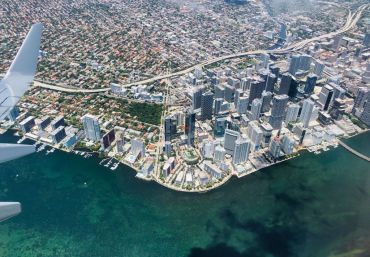