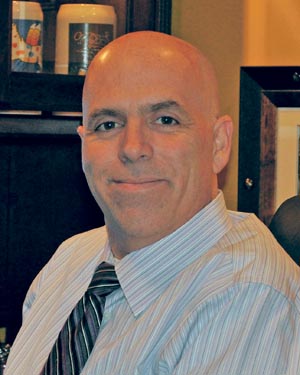 Construction guys know how to build. But do they know how to sit down and parse through dense paperwork loaded with complicated jargon and, sometimes, dishonest charges? Not always, which is why owners call on Phil Ramacca, a senior managing director of the internal audit and accounting advisory firm David Landau & Associates. Mr. Ramacca spoke to The Commercial Observer about why developers get hit hard by unnecessary or unscrupulous billing practices.

The Commercial Observer: How serious of an issue is overbilling?
Mr. Ramacca: We do this construction auditing all over the country. When we tell people about what we do and they’re not from the Northeast, we tell them that we find overbillings, on average, of 4 percent, and sometimes 7, 8, 9 percent. And they say to us, “Well, that’s a Northeast thing, isn’t it?” And we tell them, “No, it’s not. It’s all over the country.”

What, in particular, are real estate owners getting overbilled for?
Probably the most abused area is what they call “general conditions.” In a construction contract, when you have a general contractor, there is a clause called general conditions, and basically this covers all the little stuff that nobody wants to deal with. Even though it’s a catchall, the contractor still has to supply support that they actually incurred expenses against that. Sometimes we’ll find that they’ll put in for the general conditions, meaning they’ll submit an invoice for the dollar amount but they actually won’t have any support for what they spent the money on. Again, they don’t want to deal with it either, but at some point someone has to account for this stuff.
More rampant, though, is there are items that are solely identified in that general conditions clause—temporary power would be a great example. We were looking at a retail developer that was putting up a project in Arizona and the contractor put in $200,000 in general conditions for his temporary power, and then he put the electric line on the budget and, again, you see the same $200,000 for temporary power there. They were paying twice for the same item.