Perhaps the Empire State Building should take a cue from its smaller, glittering counterpart. After a decade-long push, the Helmsley building has filled its last full tower-floor space.

Pharmaceutical giant Novartis has taken 22,050 square feet, or the entire 21st floor, of the 34-story building for 15 years. The Swiss-based drug company has more than 100,000 employees, and will use the offices for its domestic finance and treasury group.

While the glittering gold tower has always been postcard-perfect, the choppy 20th-century floor plates inside were less charming. During the Helmsley era, 400 tenants occupied the building. When Monday Properties took over the tower 12 years ago, there were still 200 different tenants. Now that number has shrunk to 90.

“The Novartis lease reinforces the plan we set for 230 Park,” Brian Robin, Monday Properties chief operating officer, said in a statement. “Big or small, our tenants find their best opportunity with us.”

In the past year, the landlord has leased more than 250,000 square feet at 230 Park, including three other full tower floors to Simon Property Group, Six Flags and law firm Lathrop & Gage.

Could it be the LEED Gold certification that got the big leases really flowing? The Empire State Building can only hope. 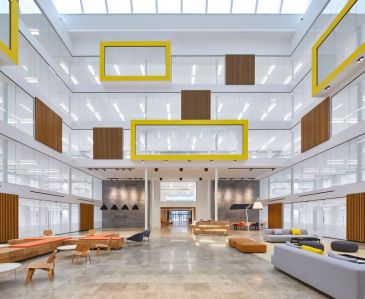 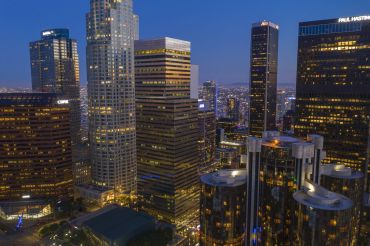