New York City has begun a federally mandated project that will replace the all-capital lettering on the city’s street signs with a correctly lowercase version in a new font, the Post reports. The effort began earlier this year, and should cost $27.6 million by the time it’s completed in 2018.

The new font is called Clearview, and was designed for this purpose. The changed signs should be easier to read, according to Transportation Secretary Ray LaHood and City Transportation Commissioner Janette Sadik-Khan, who also pointed out that “on the Internet, writing in all caps means you are shouting.”

To quote the Post: “It appears e.e. cummings was right to eschew capital letters, federal officials explain.” (N.B., they probably didn’t actually explain this). The city replaces 8,000 street signs a year due to wear and tear, so replacing the city’s 250,900 signs in that time period isn’t a Herculean task. Though it is slightly more burdensome than replacing the “Joey Ramone Place” sign.

Our reporter Reid Pillifant was in Washington, D.C., this morning, as was the mayor, and at a press conference a Daily News correspondent asked Mr. Bloomberg a question about the new street sign regulation. The mayor declined to answer it and said it was “the most ridiculous question that I’ve been presented with in nine years.” 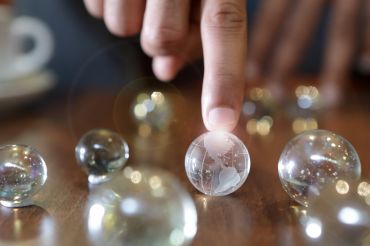