Yet another battlefront has opened in the war between investors looking to wring profit from recession-hobbled real estate projects: the Gem Hotel in Chelsea, a project so dysfunctional that one lender has, in a lawsuit, accused the prominent father and son team behind the hotel, Todd and Martin Cohen, of “[p]remeditated, outrageous and fraudulent conduct.”

This week, an investment vehicle called Sixteen Sixty Four, in which Martin Cohen, the father, is a principal, began foreclosure proceedings on the Gem Hotel, an inn at the southwest corner of 22nd Street and Eighth Avenue.

Ascent Mezzanine REIT, which brought the lawsuit in Manhattan Supreme Court in May, alleges that the foreclosure is a “calculated scheme to depress the Properties’ value” and thereby cause Ascent to lose its $5 million investment in the debt backed by the hotel project.

The legal tussle is rooted in a 2007-era plan to redevelop the former SRO building at 300 West 22nd Street into a boutique hotel. To that end, Martin Cohen, co-chairman and co-CEO of Cohen & Steers, an equity management firm, and his son Todd, of the Icon Group, together scored a $27.8 million mortgage from Marathon Structured Finance to acquire both 300 and 306 West 22nd Street and then redevelop the former into a boutique hotel, and the latter, a three-story townhouse, into luxury residences.

That same year, Ascent bought a $5 million junior participation interest in those loans.

Then, as the story goes, the economy soured. And in 2009, Marathon began marketing the loans. The ultimate buyer? An entity known as Sixteen Sixty Four, whose principal was the very same Martin Cohen.

For Ascent, whose consent was required for the loan purchase, this was initially cause for concern.

“As a result of this family relationship, as well as the depressed state of the market, Ascent was understandably concerned about how its participation interest would be treated, and the future actions to be taken in respect of the loans,” reads the suit. “With the maturity date of the loans approaching in a matter of months, Ascent was concerned that an overly aggressive lender might seek to foreclose on the properties during the temporary downturn in the market, which would drastically and adversely affect the recovery Ascent could hope to realize in respect of its participation interest.”

But, reads the suit, “[M]artin Cohen assured Ascent that he believed in the long-term viability of Borrowers’ business at the properties, and that the Borrowers would be able to weather the economic climate with an extension of the maturity date of the Loans.”

Further, Ascent claims that Mr. Cohen said his goal was to give the borrowers another two or three years to implement their business plan.

It’s not clear that Ascent got any of this in writing.

“In short, the Cohen duo aggressively campaigned to take the properties for their family — and to squeeze Ascent in the process,” reads the suit. “Clearly, Martin Cohen does not wish to be asked to have Sixteen Sixty Four enforce a ‘bad acts’ guarantee against his son, Todd Cohen.”

Neither Todd Cohen, who’s getting married this weekend, nor his father, could be reached for comment.

But attorney Bill Wachtel said in a statement on behalf of the family, “It’s hard for me to imagine how anyone could be accused of colluding with themselves. The fact that Martin Cohen was a significant part of the equity group was well known to Ascent, and they chose to waive their right of first refusal in acquiring the senior debt.”

“It’s regrettable that things have come to this,” Mr. Wachtel continued. “When all else fails sometimes people think litigation is the way to compensate for a bad investment.” 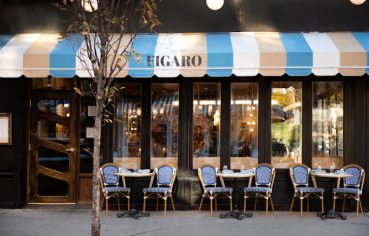