The No. 7 Extension in Progress 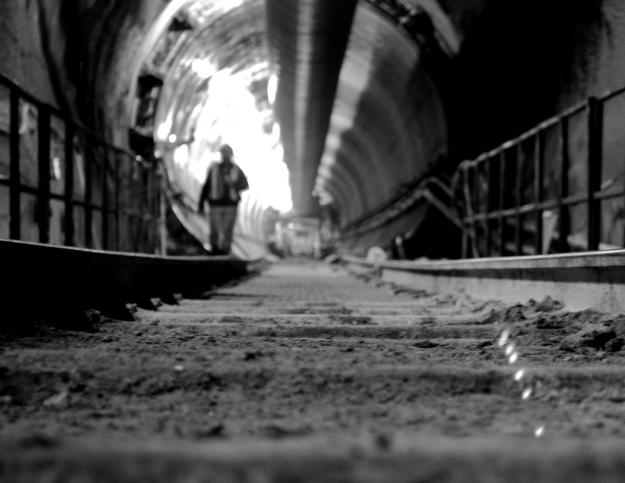 The plan for the 7 Train expansion. 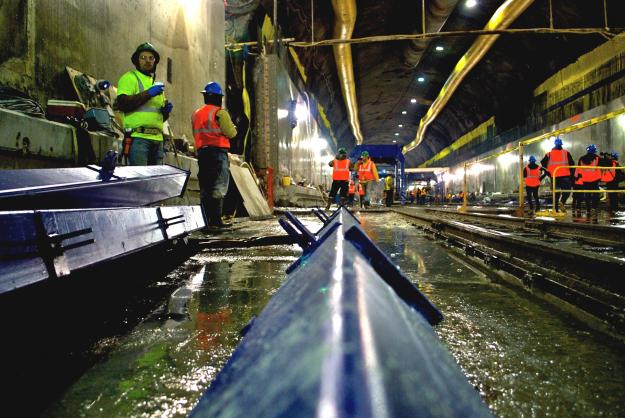 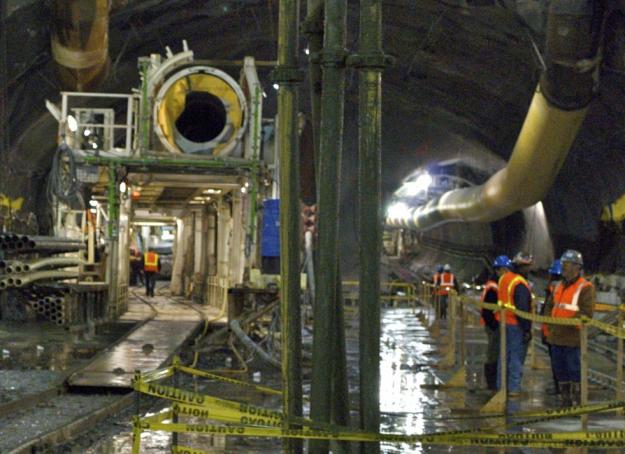 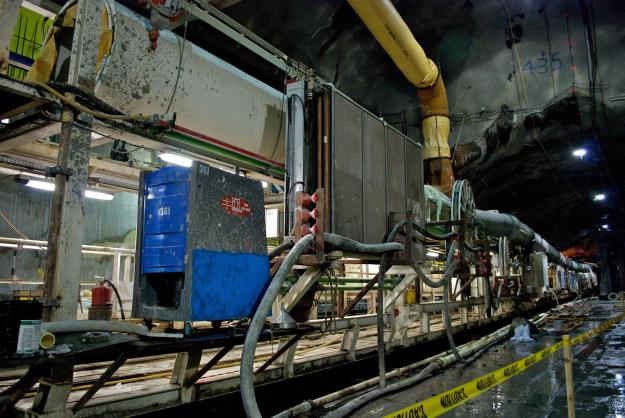 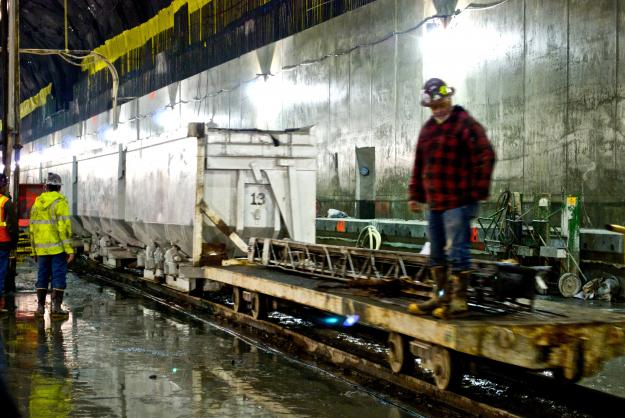 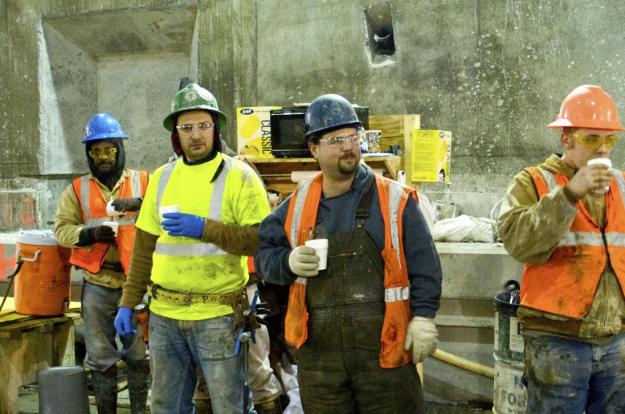 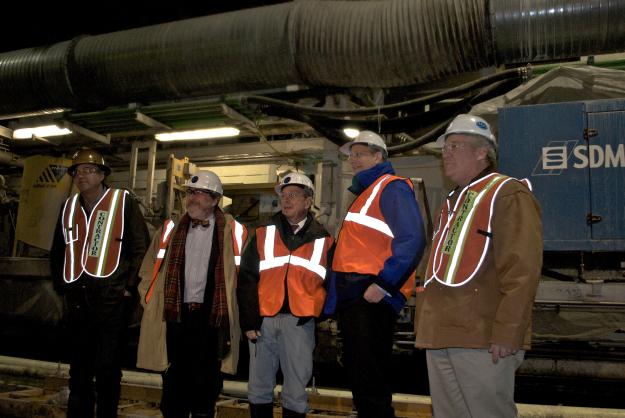 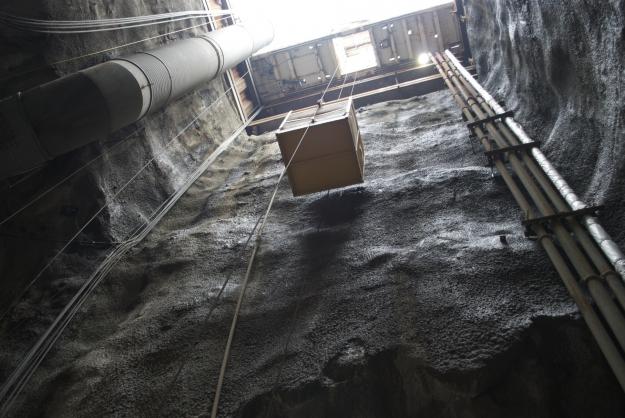 But there is only one that can truly be considered a project meant to spur "transit oriented development," the "if you build it, they will come" concept in which transit lines are extended with the assumption that office buildings and apartment towers will sprout overhead thanks to the added accessibility. That one is the No. 7 line extension, the city-funded 1.5-mile extension of the line from Times Square down to the base of the Javits Center.

This was the subject of a tour led by the Bloomberg administration and the M.T.A. Wednesday, as officials showed off the giant cavern that's been hollowed out to make room for a station below 34th Street and 11th Avenue, and the two sets of subway tubes that are currently being burrowed out.

We went along for the tour, talked to some workers, and snapped a few photos underground to document the $2.1 billion project.

The concept for the extension is to take the No. 7 line from Times Square and bring it over to the far West Side, which the Bloomberg administration rezoned in 2005 with a plan to create a massive new office district centered around the West Side rail yards, a 26-acre site bounded by 30th and 33rd streets, and 10th and 12th avenues.

Only with a new mode of transportation out on the far West Side--so the theory went--would any large business be willing to relocate. (The 7 would make the area accessible to wealthy commuters on the Metro North lines and eventually LIRR commuters, but New Jersey Transit commuters, who arrive via Penn Station, would have no easy access to the area.)

The tunnels extend down to 11th Avenue and 26th Street, with extra storage area for the trains.

The official word from the M.T.A. is the project is actually on budget (though a $500 million shell for a second station at 10th Avenue and 41st Street was eliminated to cut costs) and on time (scheduled for completion in late 2013). Then again, there's still no resolution on who will cover any cost overruns, should there be any. The city put up the $2 billion to front the costs, but giant projects generally have a habit of overrunning their budgets.

Here's the cavern for the station, which eventually is planned to have a mezzanine level over the track level. It's the one station on the entire $2.1 billion project, though the Real Estate Board of New York has been making another push to find federal money to pay for the second station.

The cavern was created through blasting and digging.

It's also tremendously deep. It's about 140 feet below the surface, making it better resemble a station in London or Moscow than New York City. To put it in perspective: if one were to walk up the stairs to the surface--usually not all that hard a task at a normal station--it would be the equivalent of climbing 14 stories. As such, the MTA plans a set of diagonal inclined elevators in addition to a set of escalators.

The tubes, eventually to hold the tracks for the subways, are the focus of the current work. There are two tunnel-boring machines (TBMs) burrowing under 11th Avenue, and currently the one on the right (east) is winning. The workers told me that one is about at the point where it starts curving, which is 39th Street.

The tunnel-boring machines are giant wonders. They act sort of like a drill, as the front end grates away at the bedrock and spits out chunks of rock behind it. Then workers install pre-cast concrete rings around the edges as the drill moves forward, securing the new tunnel.

The above photo is of the tail end of the western TBM. The machines are very long (400 to 500 feet, according to workers), as there are a number of components behind the drill.

These little trains actually climb up into the back of the TBMs and then drop off parts and/or pick up rocks. The rocks are trucked back to 26th Street, where they're picked up and trucked off.

Yes, they have coffee underground, too.

The mayor joined the tour, making a rare appearance in blue jeans (and it's not even a campaign ad!). Jay Walder, the M.T.A. chairman, is the one towering over him.

The workers (and reporters on tour) go up and down through that little yellow box, the site's elevator. This giant hole opens up to the block between 34th and 35th streets, along 11th Avenue.