Who Has the Right to Say What’s Blight? Bill Perkins vs. ESDC Darling State Senator Bill Perkins is apparently not happy about the state’s choice of consultants.

One consultant, specifically: AKRF, the New York–based firm that has established itself as the unchallenged king of environmental review in the city and state, dominating the field of government contracts.

The source of angst for Mr. Perkins is Columbia University’s proposed 17-acre expansion into West Harlem and the state development agency’s selection of AKRF to do a blight study. The blight study is a necessary step for eminent domain in the project, though the state’s selection of AKRF has taken significant heat from the courts, which recently dealt the school a tremendous blow by blocking the use of eminent domain for the expansion. Among other factors, the use of AKRF was cited as a concern given that Columbia also used the firm to do its environmental review (the state intends to appeal the ruling).

In a hearing called by Mr. Perkins on Tuesday, the Harlem senator harped on this issue, ridiculing the state’s development agency for its constant reliance on AKRF, which has done most every blight study that officials were aware of for the agency, while also doing work for private developers.

“That’s an Achilles heel in terms of the public perception of the fairness of this process,” said Mr. Perkins, who has taken up the issue of eminent domain reform as one of his priorities.

A sampling of the testimony:

Mr. Perkins [on AKRF]: Have they ever come back with a determination that was, from your point of view, not blighted?

Mr. Perkins: Have they ever given you a determination that you could prove was not blighted?

Mr. Perkins: So from your point of view, they’re 100 percent blight?

The dual use of AKRF for environmental review and blight studies has happened before, notably in the Atlantic Yards development in Brooklyn, though it was criticized repeatedly by the courts in the case of Columbia, which said AKRF’s objectivity could be compromised. The firm does millions of dollars a year in work for the city and state, winning most every large environmental review contract that seems to get awarded. Professionals in the field typically have good things to say about their work, but there is little competition for such work.

The ESDC, however, made clear it wants to maintain the ability to use AKRF, regardless of whether it has been hired by the developer.

Ms. Laremont said that AKRF was far and away the best firm to do blight studies, and thus it is the agency’s firm of choice for the no-bid contract awards.

“AKRF is, within New York City, the most qualified firm to do this work, so that would be our starting point.” Ms. Laremont said.

“We have an obligation of fiduciary responsibility in carrying out our projects,” she continued, “to get the best product that we can because we understand that our projects will be challenged legally, so we need documentation to support the determinations that we have made.”

This last point, however, seems a bit curious in the case of Columbia given that the university is reimbursing the state agency for its expenses related to the project. (In the end, ESDC brought in another firm, Earth Tech, to do an audit of sorts of AKRF’s work.)

I’ve put out a request to AKRF to comment, though the firm has previously said that its blight studies are objective work, implying they would not be compromised by opinions.

It gave The Times this quote: “As a firm of planners and analysts, AKRF’s responsibility is the collection and assessment of data in an objective and thorough manner. Our analyses help inform a public decision-making process. They are not advocacy documents.”

But regardless of whether a blight study firm serves two masters, there might be more structural issues at hand. Much like credit-rating agencies, firms that do blight studies are paid by those who want favorable ratings: The state only brings on a firm to do a blight study when it wants a finding of blight, an implied disincentive for any firm that might repeatedly fail to find blighted conditions.

And the bluster over AKRF might be quibbling over details: The standard of what constitutes blight, a necessary step for eminent domain in economic development projects, is very low. It would not take a biased firm to find the few cracked sidewalks and vacant apartments needed to show “blight,” at least based on the definition of the term that has typically been upheld by the courts in New York State. 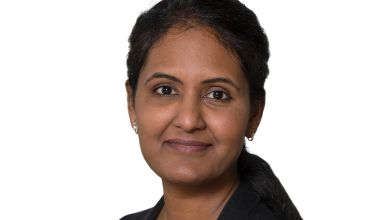