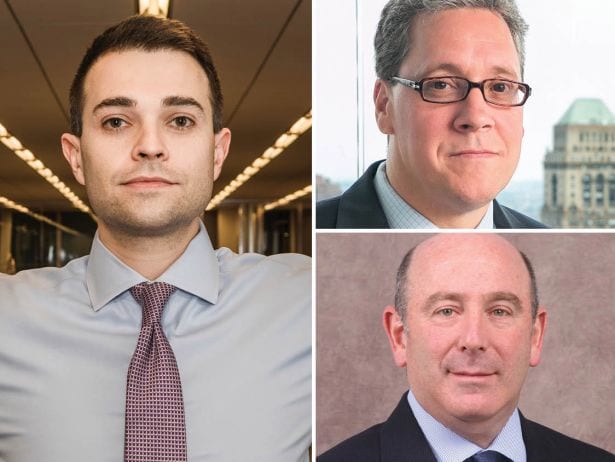 Bank of America closed 2020 with about $60.4 billion in commercial real estate debt outstanding on its balance sheet, which was down by about $2.3 billion from 2019, “as paydowns exceeded new originations,” according to the bank’s annual financial filing for last year.

Even with the freak onset of a pandemic, it’s hard to shake the might of a money center operation like Bank of America, which was the bookrunner on about $3.4 billion in U.S. commercial mortgage-backed securities (CMBS) deals last year — even though that figure is down from a whopping $9.6 billion in 2019, according to data from Commercial Mortgage Alert. BofA contributed just over $3.3 billion to conduit and single-asset, single-borrower CMBS deals in 2020, and, on the balance sheet side, it originated more than $15 billion in new deals.

“We continued to lend capital and support all of our clients throughout 2020 and during the pandemic,” Brad Dubeck said. “Every deal we were committed to before the pandemic, we funded without exception; we stepped [up] and supported clients with real estate capital, as well as the PPP program. The key for us is being consistent, regardless of the cycle.”

You could find the bank in a number of medium to large transactions on a range of asset classes last year, from large industrial portfolios to suburban and urban center offices.

On the balance sheet side, it originated a loan that went toward Visa’s new San Francisco headquarters, which is part of the sprawling Mission Rock mixed-use development situated on the other side of McCovey Cove from AT&T Park, the home of the MLB’s San Francisco Giants. Tishman Speyer partnered with the Giants for the Mission Rock project.

It was one of three banks involved in the $1.1 billion CMBS refinance of two Manhattan offices owned by the The Durst Organization — 1133 Avenue of the Americas and 114 West 47th Street — and it was also a part of the CMBS consortium that financed Vornado Realty Trust’s 909 Third Avenue office property for $350 million. It also financed Elion Partners’ 1.33 million-square-foot, D.C.-area industrial portfolio with a $155 million loan.

The bank was also the largest bookrunner for unsecured notes issued by REITs, clocking in almost $7.9 billion across 66 deals, according to information from CMA.

Last year, “we continued to see low default rates and varying degrees of improvement in the portfolio,” the bank wrote in its 10-K. “We use a number of proactive risk mitigation initiatives to reduce adversely rated exposure in the commercial real estate portfolio, including transfers of deteriorating exposures to management by independent special asset officers and the pursuit of loan restructurings or asset sales to achieve the best results for our customers and the corporation.”—M.B.