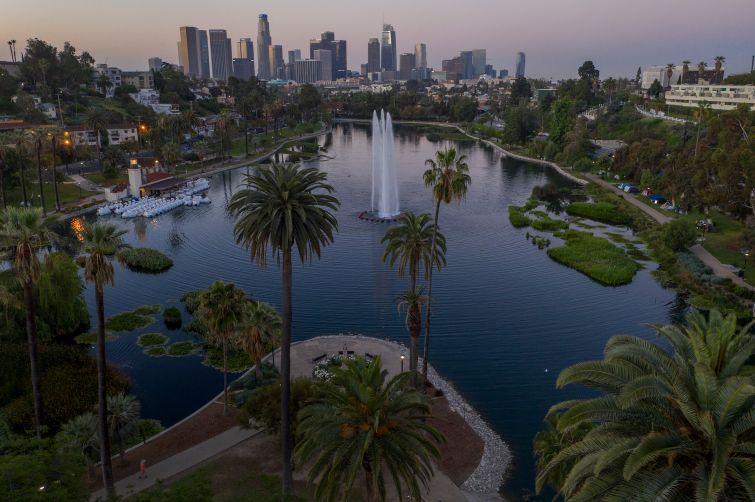 Many of the youngest generation won’t be able to move out of their parents’ basement for years to come if we don’t change the way we assess and support affordability for rental housing.

Many people’s credit history — especially those who haven’t been on the planet for multiple decades — will be either nonexistent, too short or spotty, and unless they can take advantage of having wealthy or well-known parents, their journey to independent living will likely be long and arduous.

The latest, most public and somewhat surprising example of this truth is U.S. Rep. Maxwell Frost of Florida’s 10th Congressional District, and the first Gen Z member ever elected to Congress. In a recent article in The New York Times, Frost opened up about how debt from his campaign landed him in a tight spot when looking for a place to live in the nation’s capital. He also discussed on his social media account with other Gen Zers the challenges of having a short credit history and less capital to afford expensive deposits and application fees.

Frost’s situation and the narrative that ensued is giving a face to the challenges at their core, and it is a candid example of how young people are questioning an outdated system they are supposed to simply adopt.

Given the nation’s housing crisis that is fueled by high prices for a limited amount of space — particularly in metro areas such as Southern California — the concern about many people, not just the young, being unable to qualify for rental housing is growing.

In search of potential solutions, some have suggested banning criminal background checks, prior eviction records, and credit scores altogether to make securing rental housing easier. Yet this sort of radical move can be risky for landlords who need to mitigate the potential of accepting tenants who will default on their rent payments. This is particularly vital for smaller mom-and-pop property owners who can quickly fall into financial distress.

A potential solution that has been increasingly surfacing is to take into account other aspects that make for a good tenant, such as facilitating and recording on-time rent and utility bill payments.

Some states, particularly those where the housing crisis has been particularly acute, have suggested potential legislation to support a system overhaul. The California Rent Reporting Bill (Senate Bill 1157) is a first-in-the-nation bill that would require property owners who receive local, state or federal housing subsidies to offer their residents the option of having their rental payments reported to a consumer reporting agency.

This type of legislation is likely to pop up in other states as well. Yet, the emphasis should be just as much on facilitating as it is on measuring. The private sector has started to step in to help support necessary change and to better reflect today’s renter pool.

J.P. Morgan announced in October it was piloting a platform that automates the invoicing and receipt of online rent payments. Piñata is a free app that is a reward and credit-building program for renters. RentSpree is also looking to build a tool that will report on-time rental payments to credit bureaus to help renters build a sound credit history.

These and many other private sector developments align with changes at the top. The Federal Housing and Finance Agency announced in October that it would allow lenders to use new credit scoring models to qualify borrowers looking to take out a mortgage or refinance backed by Fannie Mae and Freddie Mac. The new models take into account rent, utilities and telecom payments.

The importance of all of these initiatives is the larger conversation and perspective shift that’s happening, with affordable housing, equality and access to opportunity at the heart of the discussion. The need to assess risk is unlikely to vanish, but the way financial health is measured has to and is changing fundamentally so the next generations — and all of us — can live independent and prosperous lives.

Michael Lucareilli is CEO at RentSpree.