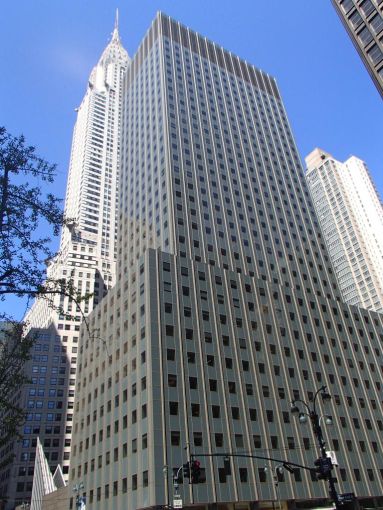 Among the largest individual payoffs in November was a $265 million mortgage secured by the Chrysler East Building located at 666 Third Avenue in Manhattan. Photo: PropertyShark

“CMBS conduit transactions incurred approximately $116 million in realized losses during November 2022 via the workout of distressed assets,” wrote Marc McDevitt, a senior managing director at  CRED iQ. “CRED iQ identified 16 workouts classified as dispositions, liquidations or discounted payoffs in November. Of the 16 workouts, seven were resolved without a loss. One resolution— Ocean East Mall — was reported as having excess proceeds available after its disposition. Of the nine workouts resulting in losses, severities for the month of November ranged from 12 percent to 89 percent, based on outstanding balances at disposition. Aggregate realized losses in November 2022 were approximately 20 percent lower than October despite a similar number of workouts. On a monthly basis, realized losses for CMBS transactions averaged approximately $136.4 million year-to-date.

“By property type, workouts were concentrated in retail, accounting for five of the 16 distressed resolutions. Lodging properties accounted for the next highest number of distressed workouts with four. Distressed workouts for office properties had the highest total of aggregate realized losses (approximately $70 million) and the highest average loss severity (50 percent) across all property types. The largest individual realized loss from CRED iQ’s observations was from the liquidation of two REO midwestern office properties with approximately $72.9 million of outstanding debt prior to disposition.

The properties were part of the nine-property IRET Portfolio and had been specially serviced since 2016. All nine properties became REO and were subsequently liquidated over a workout period that spanned more than eight years, including the final two liquidations in November. Losses from the resolution totaled $64.7 million, equal to a loss severity of 89 percent based on the assets’ outstanding debt. The outstanding debt amount and loss severity from the IRET Portfolio were both the largest among this month’s distressed workouts. The second-largest workout by outstanding debt amount was a note sale of a $72 million mortgage secured by the Bellis Fair Mall in Bellingham, Wash. The note was secured by a 538,226-square-foot portion of the 776,136-square-foot regional mall. The note was sold for less than the collateral property’s April appraisal of $49.1 million, equal to $91 per square foot.

“Excluding defeased loans, there was approximately $8.2 billion in securitized debt among CMBS conduit, single borrower large loan, and Freddie Mac securitizations that was paid off or liquidated in November 2022, which was approximately an 11 percent increase compared to $7.3 billion in October 2022. In November, 6 percent of the loan resolutions were categorized as dispositions, liquidations, or discounted payoffs. The percentage of distressed workouts was 4.7 percent in the prior month. Approximately 35 percent of the loans were paid off with prepayment penalties, which was slightly higher than the prior month. By property type, multifamily had the highest total of outstanding debt pay off in November with approximately half of the total by balance. Office had the next highest outstanding debt pay off with 18 percent of the total. Among the largest individual payoffs was a $265 million mortgage secured by the Chrysler East Building located at 666 Third Avenue in Manhattan.