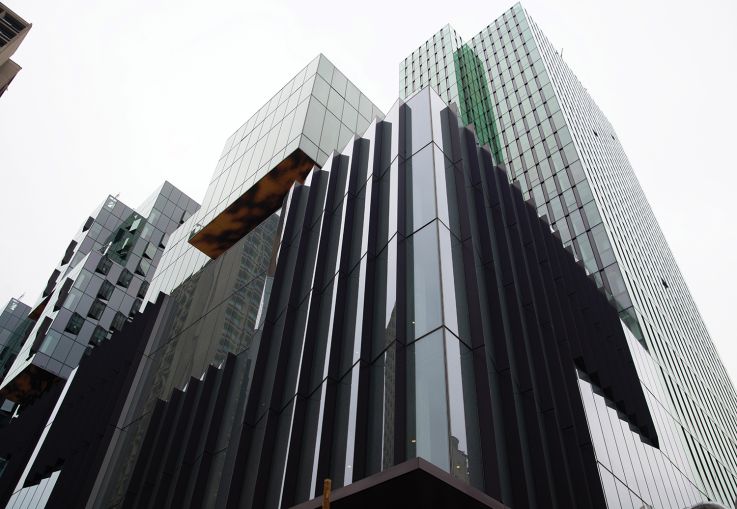 NYU's newly opened Paulson Center at Mercer and Bleecker streets will include faculty and student housing, a takeout dining option for students, rehearsal and practice spaces for musicians and performers, athletic facilities and classrooms. Jim Sewastynowicz 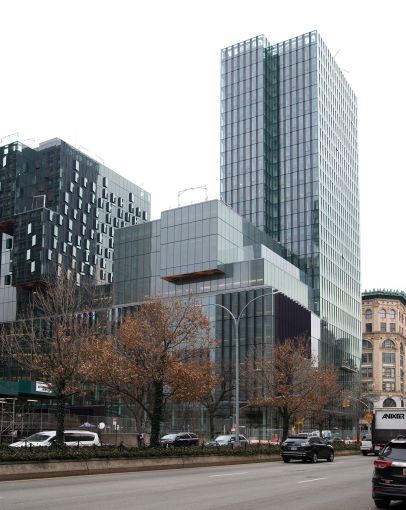 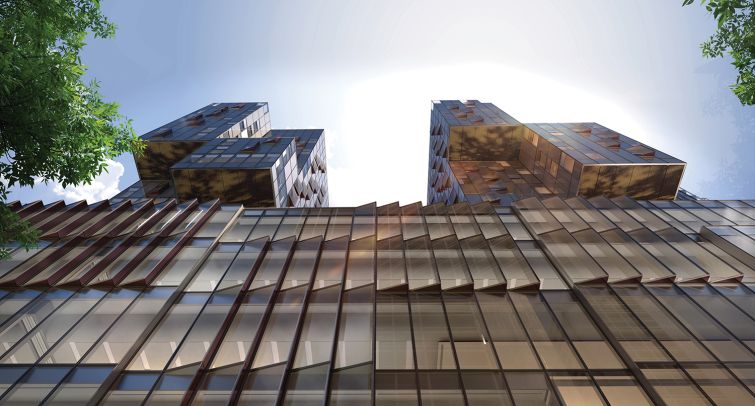 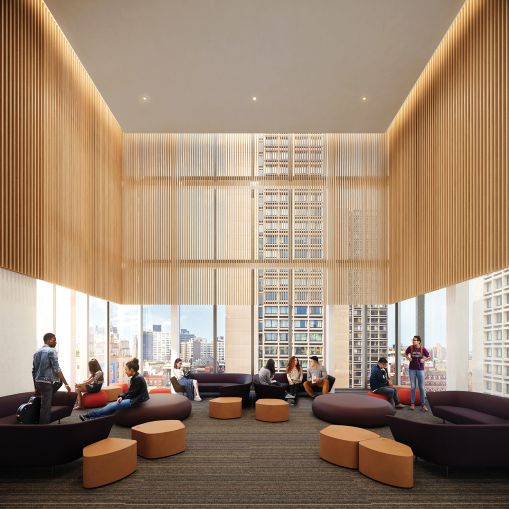 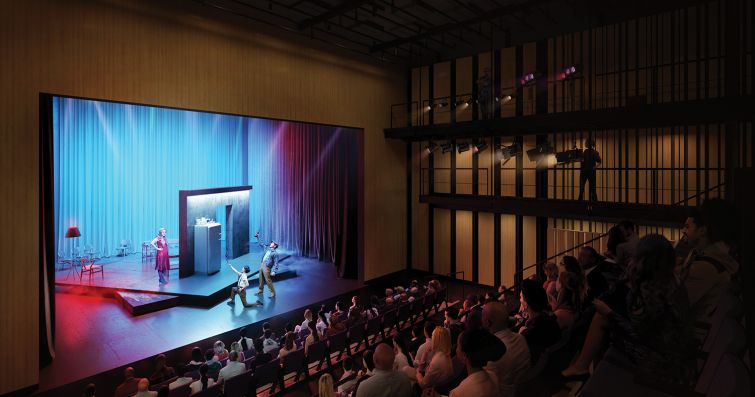 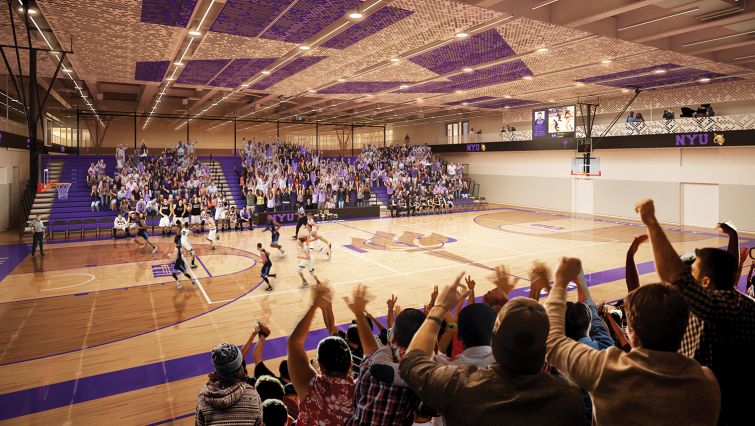 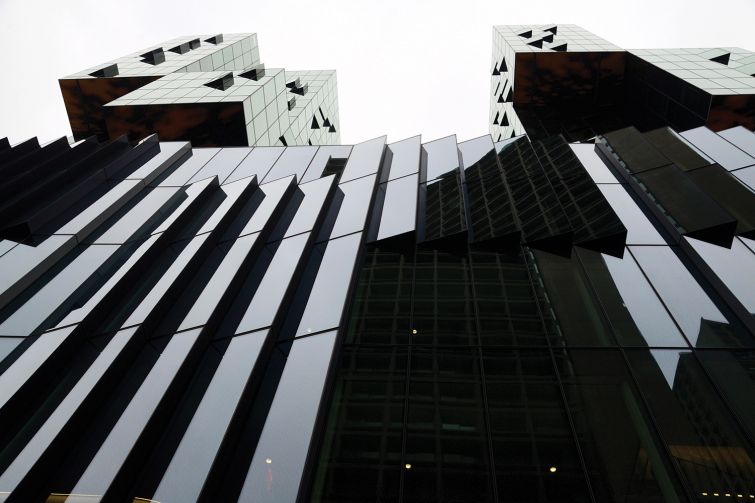 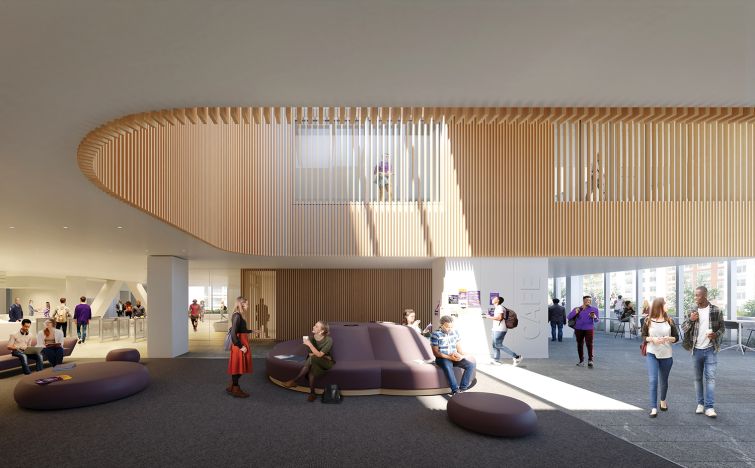 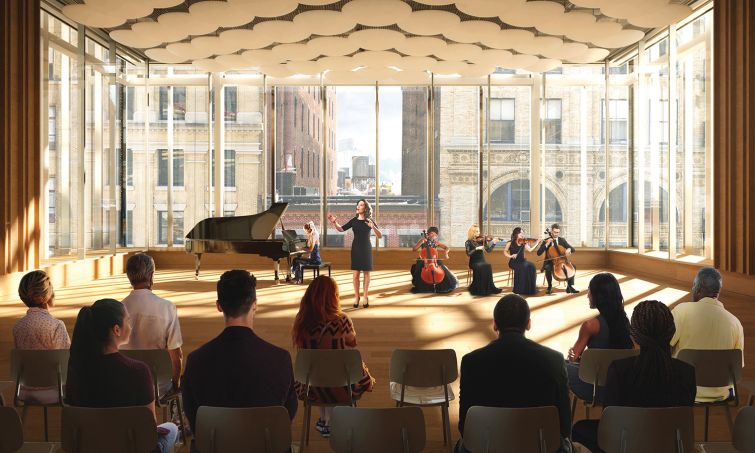 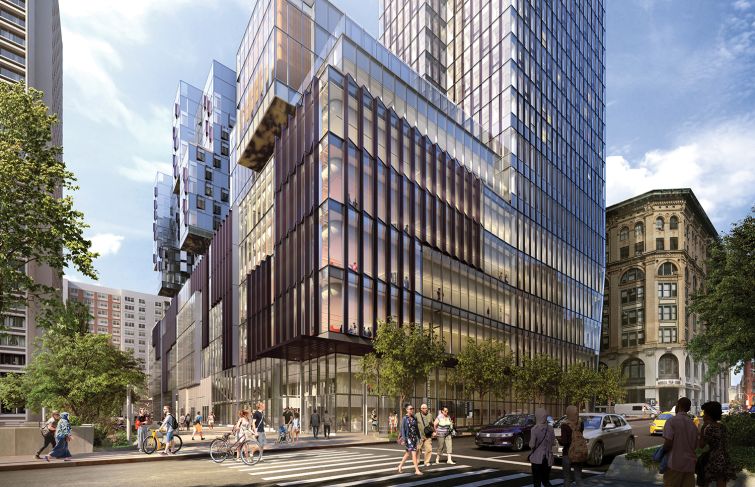 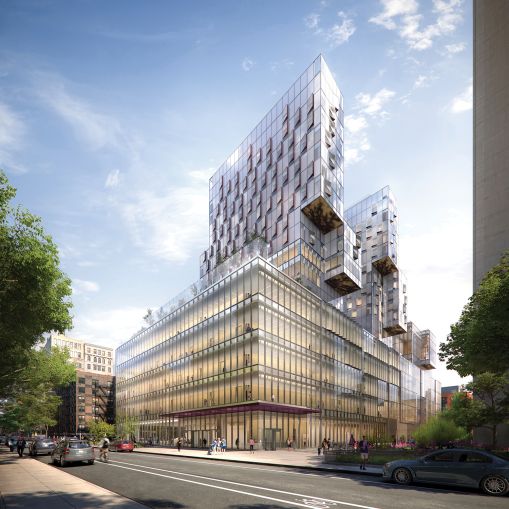 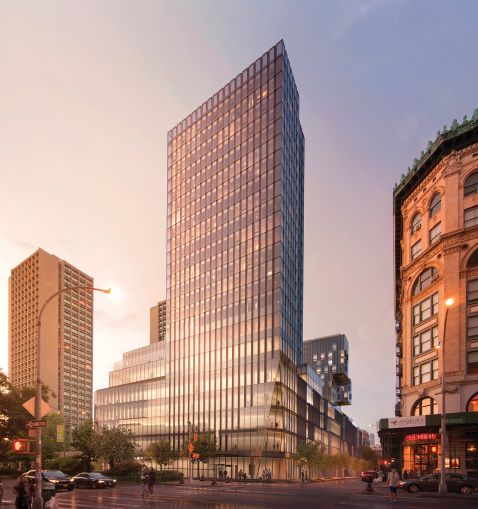 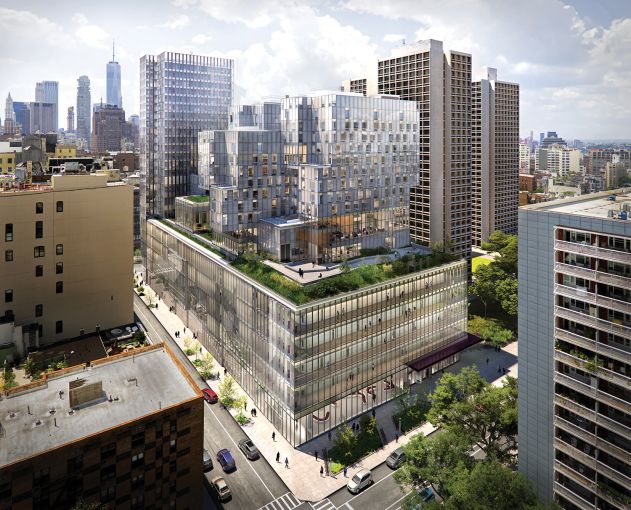 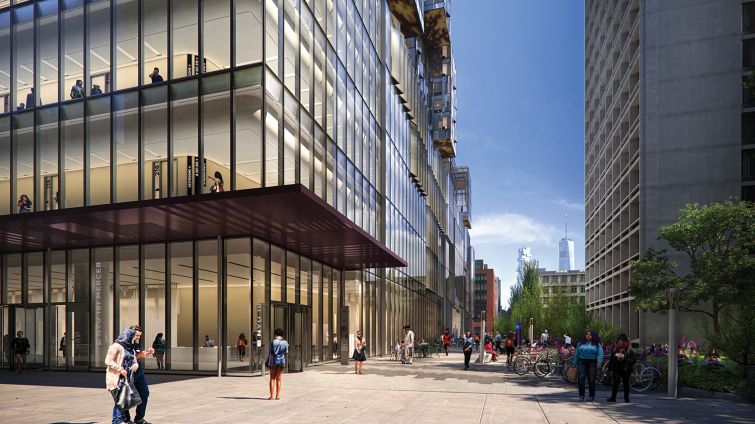 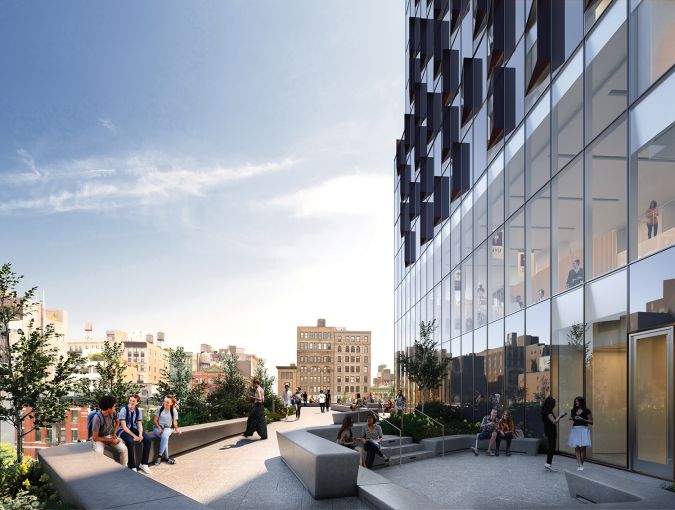 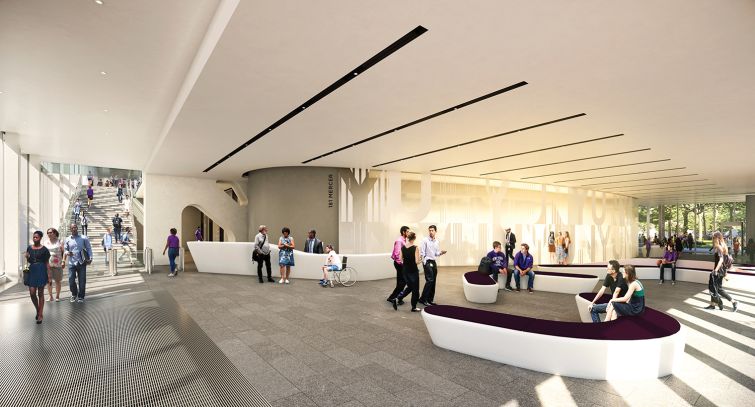 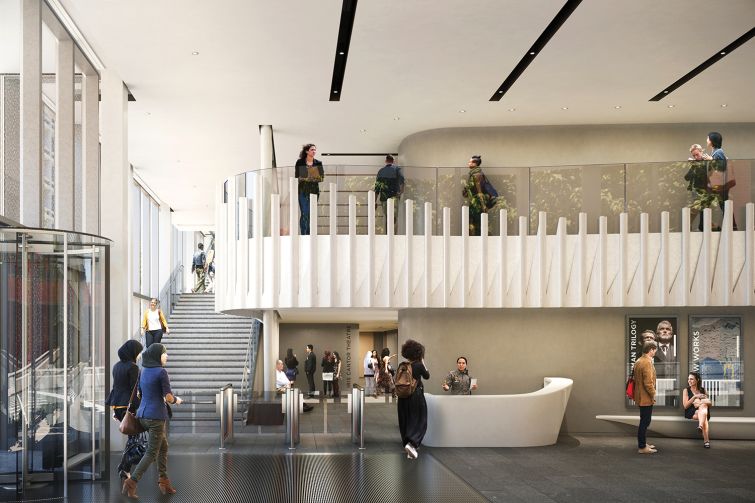 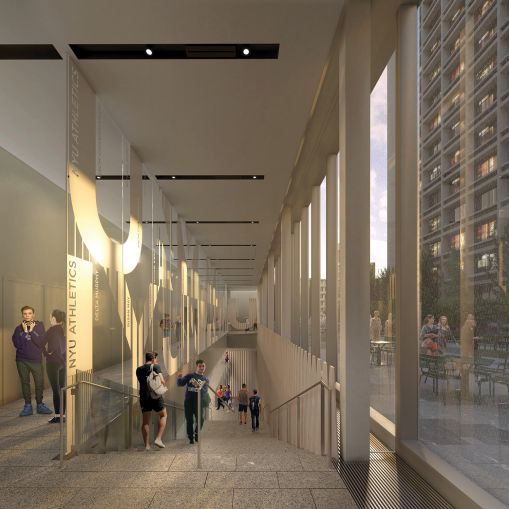 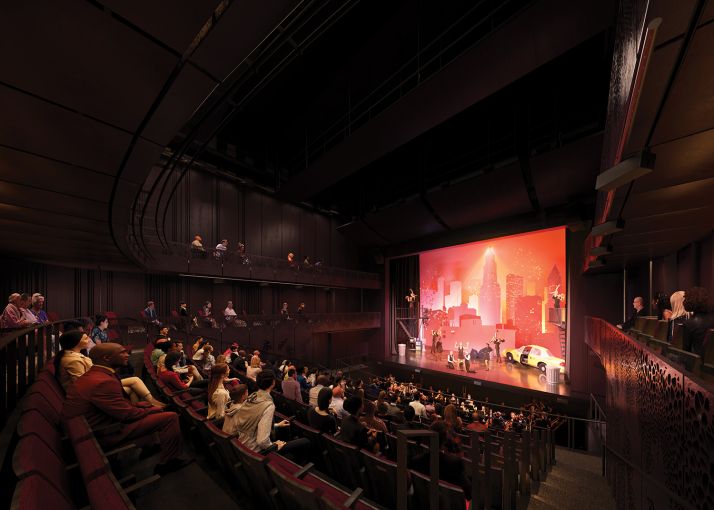 After more than a decade of planning, rezonings and community meetings, New York University is getting ready to open the doors of its largest new campus building since the 1990s.

The 23-story, 735,000-square-foot building at 181 Mercer Street replaces the former Coles Sports & Recreation Center, a single-story concrete building that served as the home base for many of NYU’s athletic teams but lacked modern amenities like central air conditioning. The new structure — named for NYU alumnus John Paulson, a hedge fund billionaire who gave $100 million for the project — will include athletic facilities, undergraduate dorms, faculty housing, classrooms, musical practice and performance rooms, and three new theaters. The 400-bed first-year residence hall will be the first part of the building to open, with students moving in next week.

The performance spaces include lots of technical and unique features. For example, a rehearsal room designed to hold an orchestra features a double-layer glass curtain wall with a large air gap to help create a soundproof space. Slatted wood walls and retractable acoustic wall curtains allow musicians to decide how “live” they want the room to sound, and a high-tech sound booth with a movable video camera allows the fine tuning of speakers and recording equipment.
The new theaters also have distinct qualities. One — dubbed “the warehouse theatre” — incorporates a metal truss system and hundreds of wooden panels that can be painted, customized and moved around along the walls of the space. The largest of the new theaters, the 350-seat Iris Cantor Proscenium Theatre, has three floors of seats, overhead catwalks, an orchestra shell and pit, a large orchestra lift that allows the musicians to sit at various heights, and lighting and control equipment worthy of a Broadway theater.

The first floor includes some of the new athletic facilities, including a cardio room and a fencing salle. Two below-grade floors host a four-court basketball and volleyball gym with a concession stand, retractable bleachers that can seat up to 2,000 spectators, a weight room, a hall of fame gallery with video screens, locker rooms, a six-lane pool, an elevated running track, two squash courts, a wrestling room and multiple group fitness rooms.

The sixth floor serves as a “sky lobby” entrance for the two new dorm towers, which reach 16 stories above the building’s podium. This floor will have the new takeout dining option, which NYU apparently chose over a traditional dining hall so students could eat where they like. The dorm suites themselves are spare, with desks, beds that have dresser drawers beneath them, and shared closets in each room. The windows in each dorm room have a small, wedge-shaped ledge where students can sit.

The seventh and eighth floors have lounges, a few shared kitchens, and small study rooms. Students have access to an outdoor terrace on the sixth floor, though several surrounding outdoor spaces are inaccessible and serve as green roofs and mechanical space.
The adjacent faculty tower is even taller, at 23 stories, and nicer. It will have a separate lobby on Houston Street and host 42 two- and three-bedroom units with stainless steel appliances, wine fridges, marble backsplashes and glass stand showers.

The main podium has transparent, bird-safe glass — etched with a design that resembles rain — while the faculty tower has dark glass panels that are angled to shade direct sunlight.