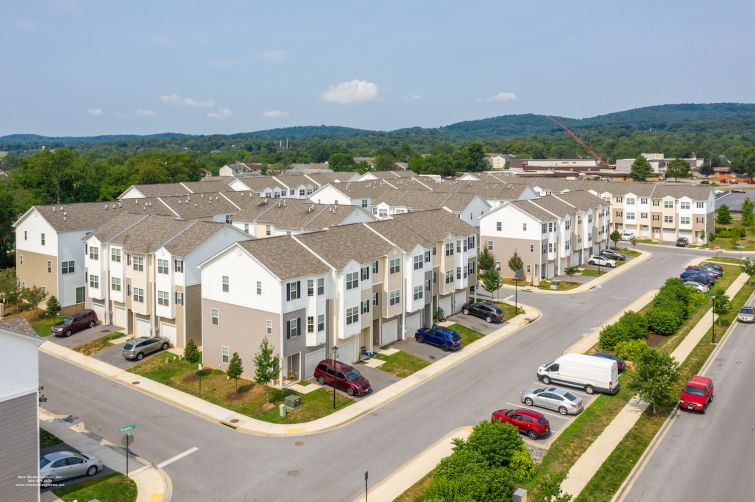 A joint venture between RailField Partners and L+M Development Partners has acquired Overlook at Avalon, a 113-unit affordable townhouse community in Frederick, Md., for $24 million.

The majority of the acquisition cost—$18.8 million—was provided by in-place HUD financing.

KB Companies, which developed the property in 2017 under the Section 42 Low-Income Housing Tax Credit (LIHTC) program, was the seller.

“The property is appealing because it’s all townhouses in a solid residential neighborhood. And when you think about affordable housing, the larger unit sizes are always the most in demand,”

The acquisition was made on behalf of the RLM Preservation Fund, whose goal is to acquire and preserve workforce and affordable housing, according to Siegel.

“This deal is essentially a new construction, and we like the Frederick market and have been looking for deals there for a while, so we thought this fit in well with the fund’s purpose, which is to preserve affordable housing,” he said. “We also thought it was a good entry point for the fund to buy in the greater D.C. area.”

Located at 1369 Hampshire Drive, the property consists of three- and four-bedroom townhomes with six units set aside for those who earn 50 percent of the area median income (AMI) and the remaining 107 units at or below the 60 percent AMI level.

One additional unit is utilized as the property’s leasing office and maintenance headquarters.

“Overlook at Avalon was received extremely well by the market,” Henry Mathies, national leader of Greysteel’s affordable housing team, which represented the seller, said in a prepared statement. “In pursuing its refinance during our marketing period, the seller locked their interest rate just ahead of when the capital markets became very volatile, facilitating our ability to market a well-performing asset, with very attractive permanent financing in place, during a time of growing macroeconomic uncertainty.”

Greysteel’s Fletcher Hultman was also part of the team representing KB Companies in the deal. The buyer was self-represented.