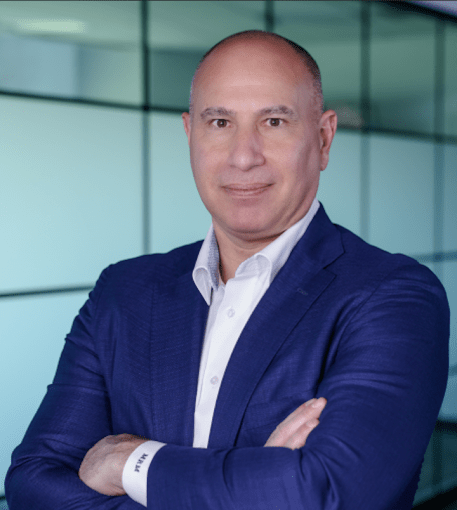 This may well be the first recession for many young professionals working in commercial real estate, and naturally it can be a little scary. As someone who has spent the past 25 years in CRE finance, Acres Capital President and CEO Mark Fogel is cool, calm and collected.

Fogel spent some time with Commercial Observer at the annual Commercial Real Estate Finance Council (CREFC) conference at the Loews Miami Beach Hotel this week. He shared his view on recession concerns, as well as overall market sentiment.

What’s your take on the U.S. economy compared with other countries today?

I think our economy is good. The real estate market was held in check and it’s not oversupplied. So I think that the country as a whole, besides the interest rates spike, is in a good place. We’ll be back on good footing in a year or two, and that’s what happens in cycles. You get hurt for a year or two then bounce back.

Do you think the market is efficiently pricing in rate increases?

I think the CLO market is waiting for the Fed to settle rates, but it’ll come back. People are really incentivized to get it going again as it’s a good market and a healthy market. So I think it’ll bounce back, just as CMBS lending will bounce back once values get reset. But it’s going to take time. It might take a year or two years — everyone’s guessing, but no one knows. It’s funny because people think that the Fed is going to raise rates, and then eventually they’re going to drop back to where they were. They’re never coming back to where they were. The rate environment we were in was totally abnormal. If you look at the last 50 years of rates, LIBOR was at 5 percent on average. That’s where it’s going to stay.

Does the recession feel like the financial crisis back in 2008?

No, I don’t think it’s like 2008. There was a lot of overbuilding then, a lot of cheap capital out there, and a lot of the banks didn’t check the developers. They just let them build. You don’t have that dynamic right now. A lot of markets, especially multifamily markets, are still very undersupplied. So you’re not going to see what happened when you had an oversupply and rent plummeted. You’re going to see rents drop a little bit, but nothing like what you saw in 2008. So I think the banks have done a really good job keeping real estate in check over the last 10 to 15 years. They got a little silly with leverage levels. But from a construction standpoint, they didn’t let the market get over-constructed.

If we learned anything from last year, what would that be

Many of the younger generations finally realized there is a downside to every market. I think a lot of people that came out of school 13 years ago never saw a down market. Everything was up, and things were too good. I think people will now learn that it doesn’t always stay up. That’s a good lesson, and people need to understand that. I’ve been through the bad cycles, and we saw it coming so we pulled back a little bit. It is a good lesson that everybody’s going to learn about how markets actually behave.