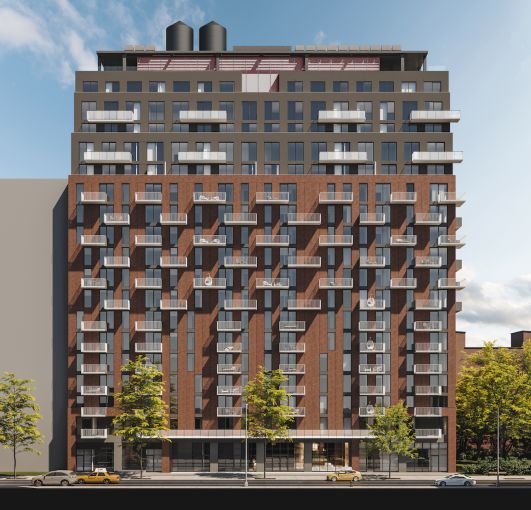 Carthage Real Estate Advisors has secured $100 million in construction financing for one of its 18-story apartment buildings in its Marcus Garvey Village mixed-use development in Harlem, Commercial Observer can first report.

Located at 212 West 124th Street, the building’s apartments will be 50 percent market rate and 50 percent affordable for residents earning up to 60 percent of the area median income. West Harlem Development Corporation contributed $2 million toward the affordable housing component.

The property is part of Carthage’s Marcus Village development, which also includes an 18-story building at 224 West 124th Street. In total, the 300,000-square-foot development will have 330 apartments, 3,200 square feet of commercial space and 7,164 set aside for community facilities, which will include a 1,000-square-foot rooftop performance area, an LGBTQ center on the ground floor and meeting space for Manhattan Community Board 10.

“Marcus Garvey Village is the anchor of our plans in Harlem,” said Edward Poteat, president of Carthage Real Estate Advisors. “The Harlem in which I grew up has become a more generic, upscale neighborhood, largely at the expense of its artistic and colorful history. By bringing back performance spaces for local residents and places where our community’s uniqueness shines, we believe this project will set a new paradigm for development here.”