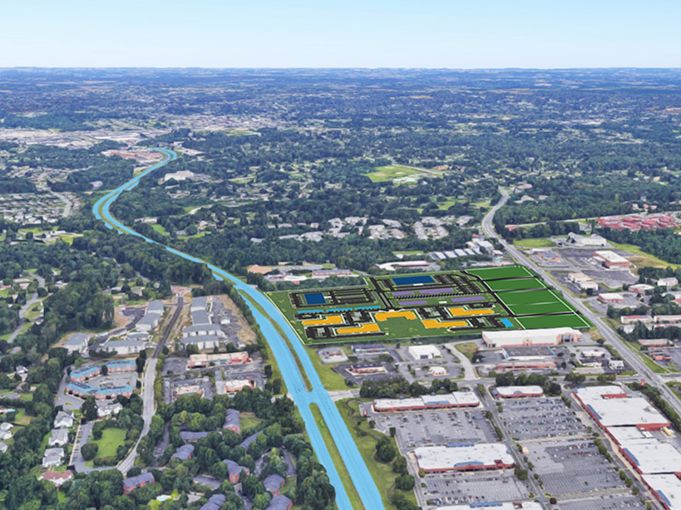 When completed, the development will include 115,000 square feet of office space, 252 multifamily units and 24 townhomes.

The retail component will consist of four buildings, ranging from approximately 7,000 to 11,000 square feet, and an additional five pad sites ranging from 1 to 2 acres.

MacKenzie Commercial Real Estate Services is handling leasing for the multifamily portion of the project.

“The Harford County business and residential population continues to grow, and we believe there exists numerous restaurants and retailers that will be attracted to the captured audience of Bel Air Village, as well as the more than 32,000 people which reside within a five-mile radius of the site,” Sean Langford, MacKenzie’s vice president, said in a prepared statement.

Bel Air Village will be built on Veterans Memorial Highway and Plumtree Road. More than 43,000 vehicles pass the development site daily via Maryland Route 24, with an additional 20,000 driving by each day using the adjacent Emmorton Road, according to the Maryland State Highway Administration.

Among the potential users that the firm is targeting are a craft brewery, fast-casual restaurants, the medical and health care segment and soft goods, according to Langford.

“The Route 24 corridor is considered a highly desirable location and, based on the initial interest already generated, we are confident that it is a long runway for new retailers to expand into the area,” he said.