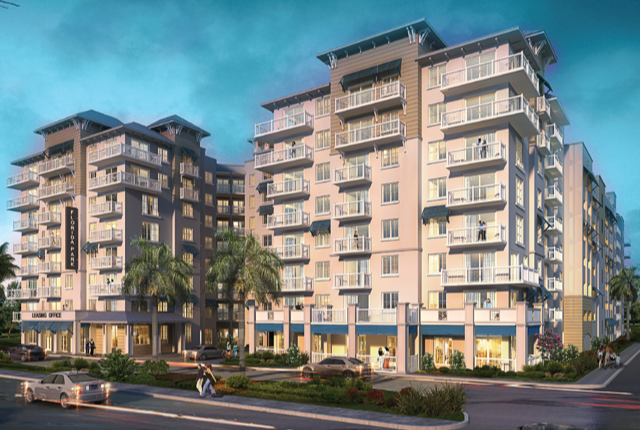 Royal Palm Companies nabbed a $76.5 million loan to build a rental project near the Fort Lauderdale-Hollywood International Airport, according to the brokerage that arranged the loan.

The eight-story development, The Elevate Apartments, will feature 293 luxury units, averaging 820 square feet, as well as a parking garage. The loan from 3650 REIT is meant to cover 75 percent of the cost of construction, which began in May and is expected to be completed in the third quarter of 2023.

The loan marks Royal Palm’s second funding round for the project. The Miami-based developer first secured $64.7 million in June from Trez Capital. LG Capital Partners took over the loan in August, according to mortgage documents. (Lawyer Adam J. Weiss of Solomon, Cooperman, Recondo & Weiss, LLP represented LG in the negotiations.)

Royal Palm, led by Dan Kodsi, is a prominent development firm in South Florida with residential projects underway in Aventura, the West Palm Beach area, and most notably in Downtown Miami, for which it scored a $340 million construction loan nearly a year ago — making it one the largest in the region’s history.

A representative for Royal Palm did not immediately respond to a request for comment.

Update: The story was amended to include Weiss’ involvement.