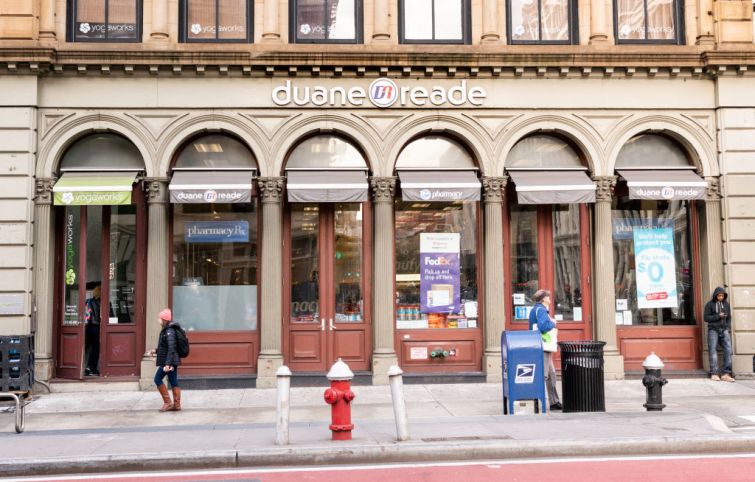 New York City’s retail has recovered from the worst of the pandemic, but it still hasn’t returned to where it was in 2019. That’s true even for the biggest national retailers in the city, the Center for an Urban Future (CUF) found in its annual “State of the Chains” report.

The 15 retailers with the most stores in the five boroughs had 41 fewer locations, on a net basis, than they did last year. Across the board, the number of chain stores in the city was only up 0.3 percent year-over-year and down 9.9 percent, or 781 stores, compared to November 2019 numbers.

Dunkin’, which has long been the most prolific retailer in the city, had 620 outposts in 2022, up from 615 last year. However, the coffee and doughnut chain still has fewer locations than it did before the pandemic in 2019, when it had 636 stores.

The second-largest retailer in the city, Starbucks, similarly gained six stores over the past year — hitting 316 locations as of November — but remains down from its 2019 total of 351, according to the report. Others among the top 10 chains in the city — including Subway, T-Mobile, CVS and Duane Reade — all reported declines this year.

Continuing its downward spiral in store numbers, Duane Reade shuttered 22 locations this year, more than any other retailer in the city. It has lost 90 locations in the city since 2019, beaten in its number of closures only by Metro by T-Mobile, which closed 173 locations over the past three years. Vitamin store GNC also dropped 53 locations during the pandemic, while Sprint closed 89 stores.

“The employment picture in retail suggests this is a sector that’s lagging the overall recovery,” Bowles said. “This presents some problems for New York because these are some of the most accessible jobs out there.”

He said it was possible that e-commerce was a factor in the city’s uneven retail recovery, given that many of the losses were among more traditional merchandisers that face steep competition online.

“I wonder if it’s not gonna go back to the level it was at pre-pandemic,” said Bowles. “Maybe there’s greater adoption of e-commerce among New Yorkers.”