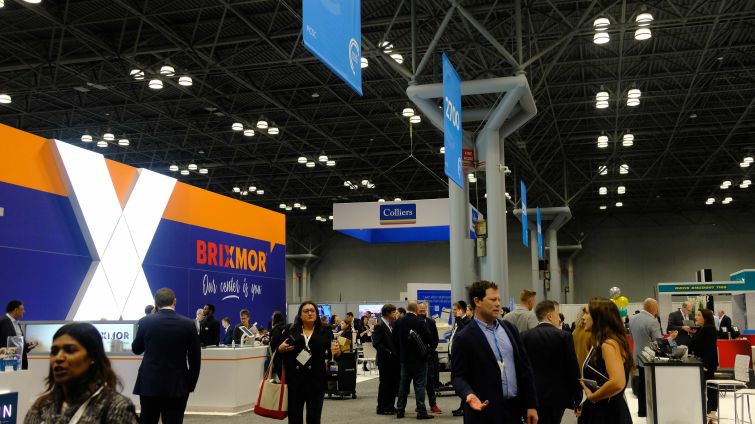 Pent-up consumer demand will be the wind that fills the sails of the retail leasing market, carrying it relatively gracefully through the looming recession.

That was the common thread being pulled by dealmakers of the retail world at the Innovating Commerce Serving Communities (ICSC) New York convention on Wednesday as brokers said that, even though the market is strained, they’re optimistic because consumers still have about $1.3 trillion collectively to spend.

“Everybody is aware of [the potential recession] and it’s challenging from a macroeconomic perspective. But as of right now, people are coming to New York, and the people who live here are spending money,” Cushman & Wakefield’s ​​Steven Soutendijk said. “People are making a paycheck, people are sitting on savings that they didn’t have in 2008, 2009. … Even if we do have another recession, it seems like it’s going to be a lot smoother than the last one we had.”

Inflation? Interest rates? These may be driving higher rents for retailers, but at the end of the day landlords and tenants are in the same boat. Therefore, they are working together more in the hopes of reeling in a little of that liquidity, and bringing flexible lease terms and tenant improvement allowances, Soutendijk said.

Plus, most of the country’s retail centers are anchored by grocery stores which are “fairly recession-proof,” said Brandon Isner, head of retail research for the Americas for CBRE.

“We expect the retail market to remain pretty stable,” Isner said. “There’s a fairly general consensus that there’s going to be some type of recession coming in 2023, but retail space is in a pretty good shape to manage that.”

But ultimately, landlords, tenants and brokers are having to be a lot more hands-on to make deals happen in the current climate, with retailers relying on data to guide decisions around their physical footprint.

“With data and a more sophisticated understanding of how you’re operating, you can be much more focused on efficiency with your retail footprint,” said Ethan Chernofsky, vice president of marketing at Placer.ai. “Look at Macy’s closing stores. They’re not just saying, ‘Which stores are doing bad? Shut them down.’ They’re saying, ‘How do I maintain the maximum reach with the lowest number of stores?’ ”

But even with more tools and with landlords willing to give them a break, retailers still have to deal with a consumer base that is more judicious on where to spend its cash, said Richard Rizika, co-founder of real estate advisory firm Beta.

Some of those winning retailers include big-box discount stores like TJ Maxx and Ross, which are expanding in shopping centers faster than space can become available, said Grant Gary, president of brokerage services at The Woodmont Company. Gyms are also filling the void after being raked over the coals by pandemic shutdowns.

But even if those new developments have focused on high-dollar markets like Phoenix, Dallas or Florida, the fierce competition in those spots means the entire country is getting in on the action.

“I think it’s still very robust in the way of retail space in a lot of parts of the country,” Gary said. “In business-friendly states, there’s been so much growth happening that it’s bogged down the system, so it’s become somewhat more difficult to develop in those markets.”

With additional reporting by Celia Young.