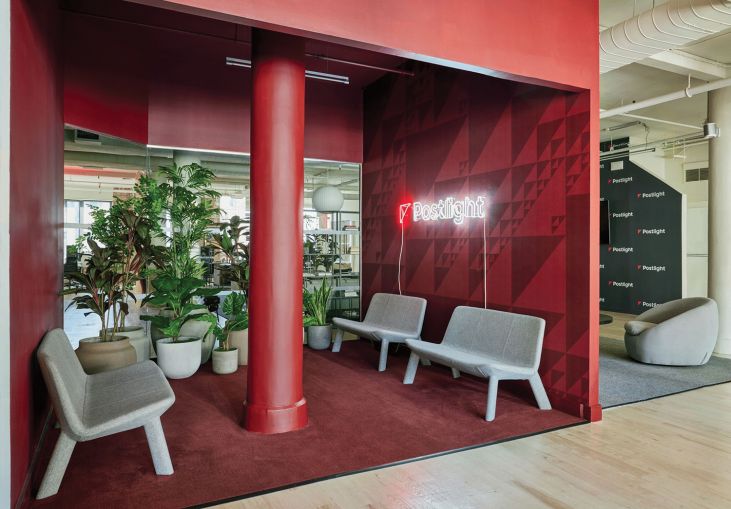 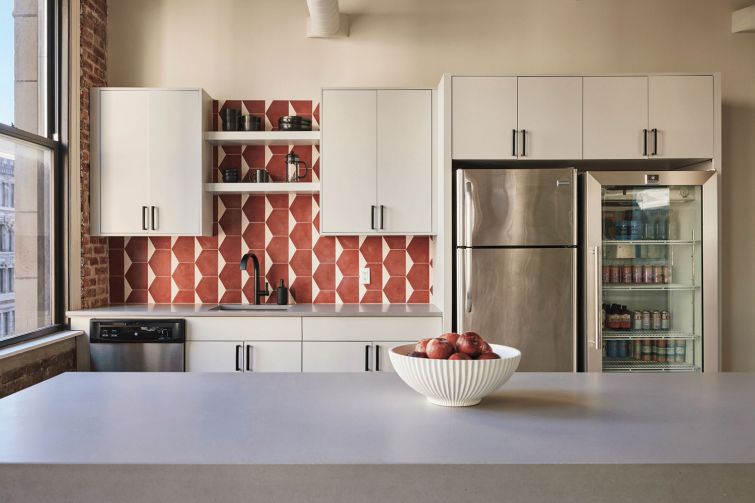 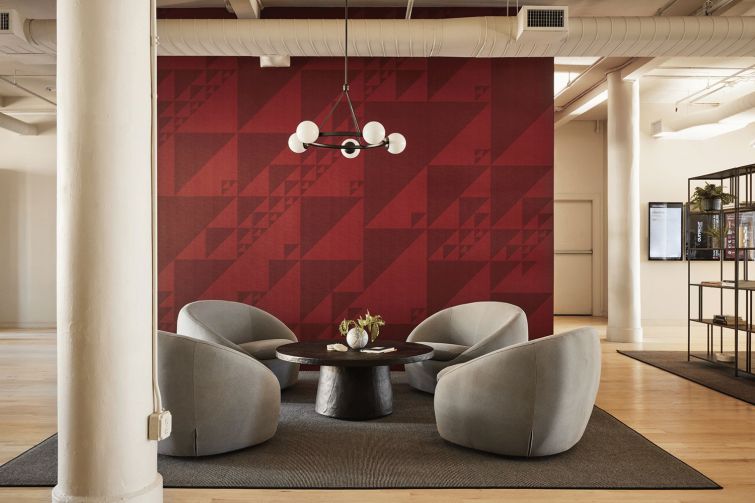 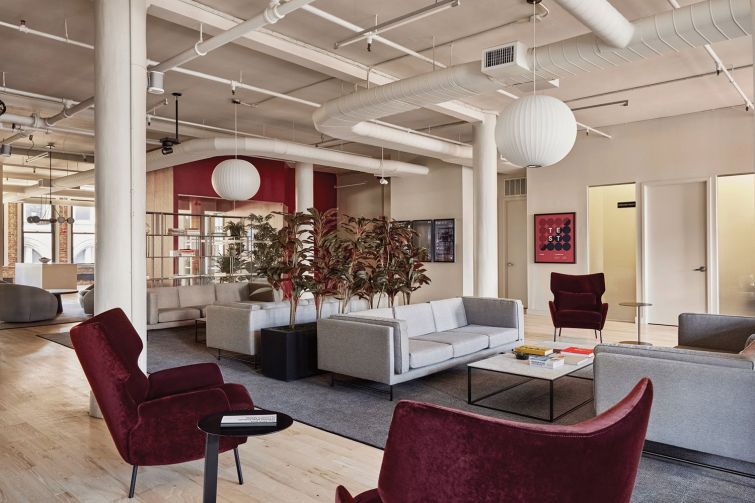 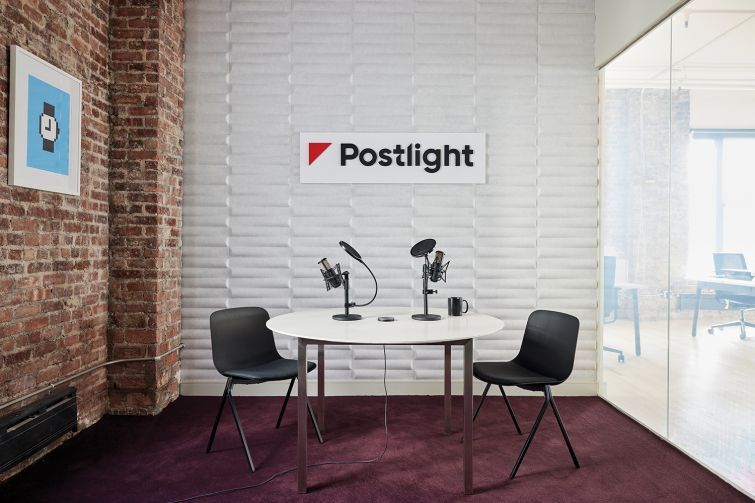 When software firm Postlight opted to redesign its offices during the pandemic, it decided to remove most of the individual desks and open up its 4,000-square-foot space for events and large meetings.

“This was a commercial post-COVID project where the client really sat down to think about how they were going to use the next four years of their lease,” said Gala Magriñá, the interior designer on the project. “They have some high-profile clients, and they want to host events, so they decided they would turn it into a kind of Soho House, where they minimize individual desks.”

The space is essentially one large room in a turn-of-the-century loft building at 101 Fifth Avenue near Union Square. So Magriñá had to be creative about dividing the room, using large plants and bookshelves to help delineate different spaces.

After getting off the elevators, there’s an awkwardly placed nook with a column right by the entrance to the office. Since it couldn’t be moved, Magriñá transformed it into a seating area for the reception desk, complete with red walls emblazoned with the company’s geometric logo, simple gray couches and a wall of potted plants. Rounding out the space is a white neon sign on the wall that reads “Postlight,” along with red carpeting and red ceilings. Even the column has been painted red.

On the other side of the nook is a cluster of round, gray armchairs, intended to be a landing spot for programmers who want to get away from their desks.

The kitchen area has also been redone, with a red-and-white backsplash above the sink, white cabinets and gray stone countertops. There’s also an open cafe area with a long, dark gray upholstered banquette, white marble-topped tables and white chairs.

Then there’s a series of lounge areas with low gray couches, white marble-topped Midcentury coffee tables, and maroon armchairs. TVs hung on the wall, along with cameras and microphones, allow lounges to be used for video conferencing.

Toward the back are 14 unassigned desks that employees can use, a small private meeting room, and a small conference room that’s been transformed into a podcast studio. One wall features white acoustic paneling, another is exposed brick, and the glassed-in portion that faces the rest of the office is made of “smart glass” that can be made more or less opaque.