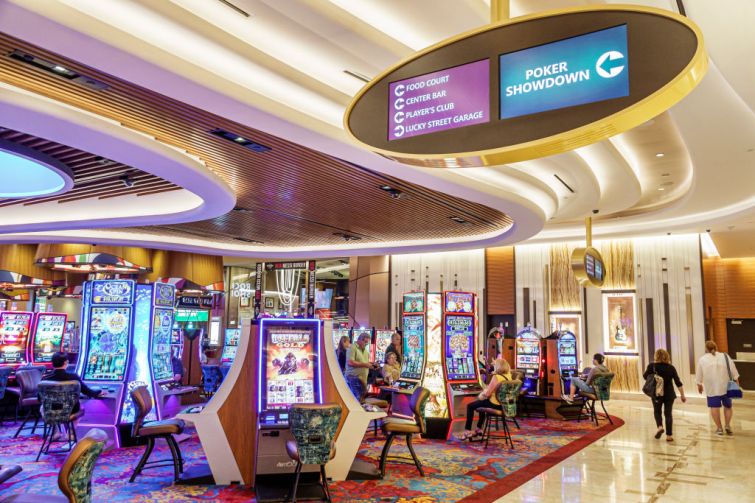 The longtime owners of Miami’s Magic City Casino plan to sell the property, and the license to operate it, to the Poarch Band Creek of Indians, a Native American tribe based in Alabama.

The transaction is pending the approval of the newly formed Florida Gaming Control Commission, which reviewed the application Thursday morning but postponed any decision to allow time for public input.

The Havenick family has operated the casino since at least 1931, when it was a dog racing track called the Flagler Dog Track and Poker, and the first to receive a greyhound license. In 2009 it was rechristened as the Magic City Casino, and became the first pari-mutuel facility in Miami-Dade County to offer slot machines, the Sun Sentinel reported at the time.

Greyhound racing is no longer legal, but the license allows for the operation of slot machines, the Miami Herald first reported.

The application indicated that Wind Creek Miami LLC, a subsidiary of the Poarch tribe, would acquire 100 percent ownership and equity interest in the permit from the Havenick family’s West Flagler Associates, as well as a purchase agreement. The application also indicated there would be financing involved, but the document was almost entirely redacted, so no further details were available to the public.

Both the Havenick family and the Poarch tribe own other gambling facilities in Florida. The Poarch tribe’s gaming entity, PCI Gaming Authority, owns 10 gaming operations across the country, including the Las Vegas Sands.

The application arrives amid an era of uncertainty for Florida’s gaming industry. West Flagler Associates is the plaintiff in an ongoing lawsuit against an agreement between Gov. Ron DeSantis and the Seminole Tribe of Florida which would have given the tribe rights to operate online sports betting, on and off Seminole land.

Last December, a federal judge in the District of Columbia invalidated the compact, putting a hold on all sports betting and gaming expansion in Florida indefinitely.

The ruling has been appealed.

In terms of the Magic City transaction, at a Gaming Control Commission meeting Thursday morning, Chairman John MacIver postponed the approval because the 110-page application had been almost entirely redacted, and he said it would set a bad precedent as it related to public records laws in the state.  “[It’s] purely out of the Sunshine Act,”  MacIver said of holding off on a final decision. “We can’t take any action as a collegial body without an opportunity for the public to provide meaningful input.”

Lawyers for the two parties said the postponement could jeopardize the deal, given the generally tough economy now and the complexity of the deal.

The Magic City Casino is in the West Flagler neighborhood, near the Miami International Airport, at 450 NW 37th Avenue.

Update: This story has been updated to reflect that Magic City Miami was the first pari-mutual facility in Miami-Dade County to offer slots, not the first in the whole state.