How Brookfield Tried to Redefine the Century-Old Four Manhattan West 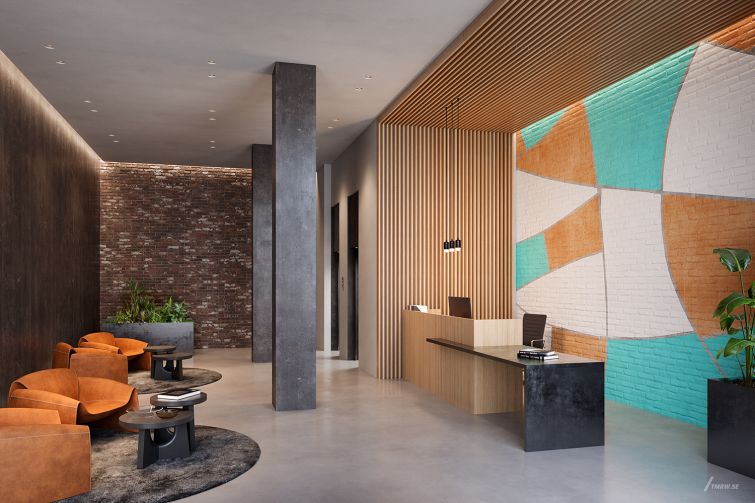 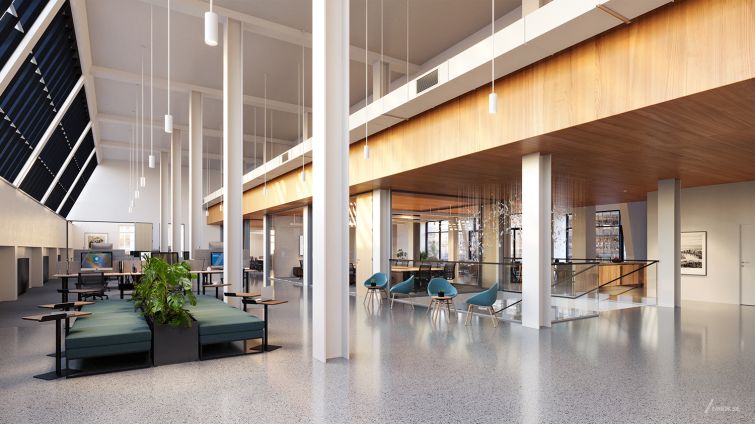 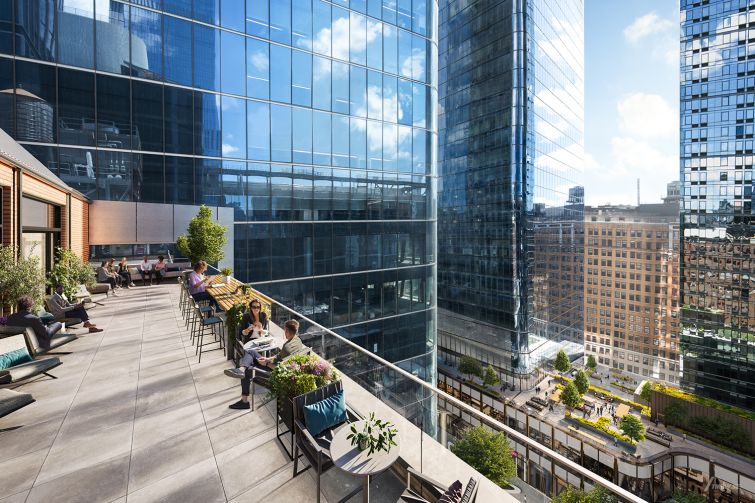 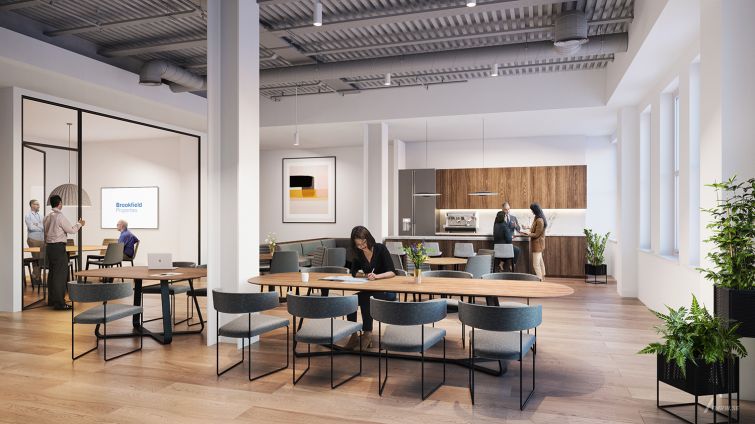 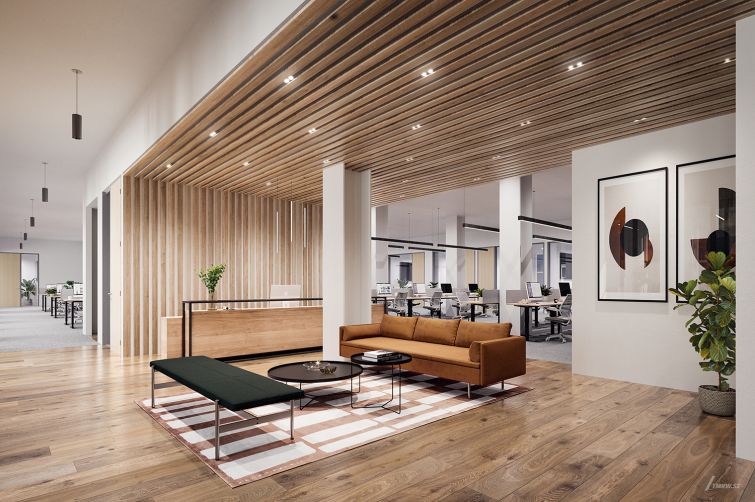 How do you make a century-old commercial building fit in with a forest of newly constructed office towers?

For Brookfield, the answer involved renovating the building but keeping its historic character. Its 13-story property at 424-434 West 33rd Street — previously branded “the Lofts” — is now surrounded by One Manhattan West, the Pendry Hotel and a landscaped public plaza with an ice rink. So Brookfield has decided to rename the 150,000-square-foot structure “Four Manhattan West,” in keeping with the branding scheme for the West Side megaproject.

“In 2016, we started working on a way to integrate this artifact of urban architecture into the complex,” said Kim Van Holsbeke, an architect at SOM. He noted that they had to figure out how to thread the needle between the new-construction offices at One and Two Manhattan West, the dramatically revamped Brutalist building at Five Manhattan West, and the trendy design of the Pendry Hotel.

Van Holsbeke added that the upgrades were “about renovating the storefront appeal, the identity of the lobbies at street level, bringing them up to the energy codes. The design was about trying to bring in the contemporary look, a simple but elegant and understated design that people relate to the lofts.”

The $47 million revamp of the building involved updating both lobbies, repointing the brick facades, switching the air-cooled air conditioning to a water-cooled system, upgrading the cooling towers, converting the elevators to destination dispatch, and replacing the elevator cabs. The old steam heat pipes were also removed in favor of a hydronic piping system, which circulates hot water instead of steam. The building was also set up to supply condensed water to the ice rink chiller outside and steam to the Zamboni’s water heater. The ground-floor storefronts were also updated, as part of the lobby renovation.

One of the new lobbies features blond wood paneling along the ceiling above the reception desk and the adjacent wall, together with a geometric painted mural on exposed brick behind the desk. The new reception desk will be light wood, along with an attached slab of black metal. Two columns in the middle of the room have been stripped and painted in a way that resembles a dark metal. The industrial look continues with an exposed brick wall, polished concrete floors, and a long dark wood wall across from reception. The furniture consists of orange leather armchairs paired with low, round and black postmodern coffee tables, along with round dark gray area rugs.

Renderings of potential office buildouts highlight the building’s top-floor terrace, which overlooks a series of public courtyards that run through Manhattan West. Cushman & Wakefield is marketing 55,000 square feet on the top four floors of the building, though the landlord and brokers declined to provide asking rents.