The deal is one of largest U.S. casino transactions this year. 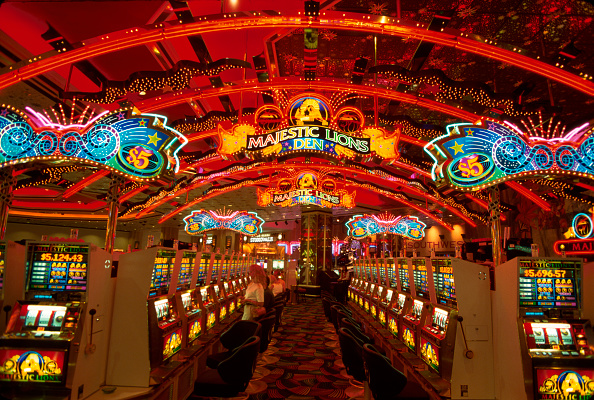 Blackstone has agreed to sell its 49.9 percent stake in MGM Grand Las Vegas and the Mandalay Bay hotels in Las Vegas to Vici Properties, in a deal that valued the properties at more than $5.5 billion, The Wall Street Journal reported.

The deal — one of the largest for a casino in the country this year — gives Vici Properties full ownership of both properties, as it already owns a 50.1 percent stake, according to The Wall Street Journal. Vici will assume Blackstone’s share of some $3 billion in debt, and Blackstone is expected to receive $1.27 billion in cash.

“Aside from the size of the deal, the transaction is noteworthy given Vici’s partner and seller of the interest is Blackstone Real Estate Income Trust,” said Al Otero, portfolio manager at Armada ETF Advisors. “Another noteworthy aspect of the deal is that the venture’s attractive debt structure will remain in place, with a fixed interest rate of 3.55 percent through 2030, a financing cost which could not be replicated in the current environment.”

The sale is said to bring a profit of more than $700 million for Blackstone less than three years after it bought stakes in both hotels, WSJ reported.

Blackstone purchased the properties in 2020 from MGM Resorts, which continued to own the casinos at both sites, in a deal that valued them at $4.6 billion. A joint venture between Blackstone and MGM Growth Properties acquired the underlying real estate to the hotels, while Blackstone collected rent from MGM Resorts.

Meanwhile, Las Vegas continues to be a cash cow for Blackstone. The New York investment firm sold the Cosmopolitan casino and hotel on the Las Vegas Strip for $5.65 billion earlier this year. It was the firm’s most profitable sale of a single asset ever, according to a letter Blackstone sent to investors.

Officials at Blackstone and Vici Properties did not immediately respond to a request for comment.