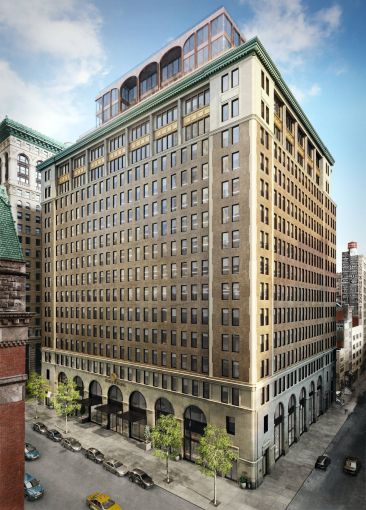 295 Fifth Avenue was known as the Textile Building for much of the 20th century, when it was the address of choice for makers of sheets, towels and rugs. It’s now a soon-to-be-completed 19-story, 710,000-square-foot office tower in Midtown South.

The sponsorship plans to add a new lobby and a penthouse office to the building. The retail storefronts will also be transformed.

“Being able to secure financing for this type of product during this uncertain time speaks to the quality of the collective ownership of the property,” Stolly said in prepared remarks.

“Since the pandemic, we’ve seen office users flocking to quality assets to attract and retain their talent. The recent top-of-the-line modernization at 295 Fifth Avenue will make it a destination property for the city’s office tenants,” Roeschlaub added.

Over $400 million is being spent at the property to create a “very amenitized” building, Elliott Ingerman, a principal at Tribeca Investment Group, told The New York Times.