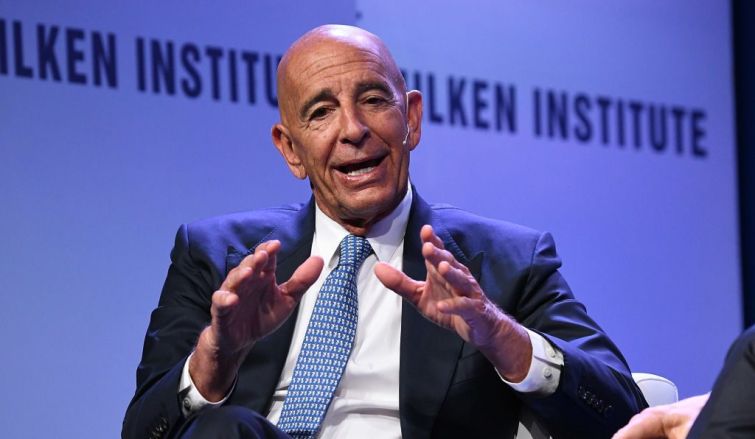 A jury found Barrack, founder of Colony Capital, not guilty of all charges over federal claims that Barrack lobbied the then-president on behalf of the United Arab Emirates and lied about it to federal law enforcement.

Matthew Grimes, a 29-year-old aide to Barrack who was also charged with illegal lobbying, was also acquitted Friday.

The verdict came after a seven-week trial in federal court in Brooklyn and two days of deliberations by the jury.

Barrack, 75, was the chairman of Trump’s 2017 inaugural fund and was arrested in July 2021 in Los Angeles and hit with a seven-count indictment over charges he worked as an agent for the UAE from April 2016 to April 2018. Prosecutors alleged he pushed foreign policy positions that benefitted the UAE.

Barrack was also accused of obstruction of justice and making false statements about the lobbying during an interview with federal law enforcement agents in June 2019, according to the indictment.

Barrack pleaded not guilty and testified during his trial that he “never did anything wrong,” and said his friendship with Trump actually made it more difficult to work with his shareholders in the Middle East.

“A lot of these institutional shareholders were upset I was friends with the president,” Barrack said during the trial, according to the Wall Street Journal.

He added that he wasn’t working for UAE officials but only for his own interests.

“We respect the jury’s decision in this matter,” a spokesperson for the U.S. attorney’s office in Brooklyn said in a statement. “Today’s verdict will not diminish the Department’s commitment in future cases to enforcing fairly and impartially laws designed to deter covert foreign influence on U.S. policy.”

Update: This story has been updated to include a statement from the U.S. attorney’s office.