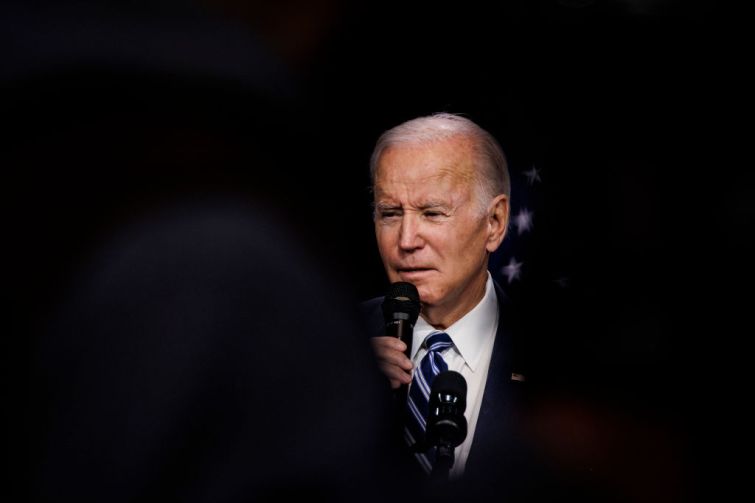 Governmental gridlock is coming for the D.C. office market.

A historically strong midterm performance by the president’s party will mean a House narrowly divided and Democrats once again barely in control of the Senate. This means poor prospects for new legislation — which in turn means fewer office upgrades for lobbying firms and advocacy groups seeking to push policy priorities.

In other words, the red wave that wasn’t means a missed opportunity for D.C.’s struggling office market. It doesn’t help, either, that the pandemic shutdown made lobbying executives more comfortable than ever with remote work — even for meetings with clients and the officials they’re trying to persuade.

“We won’t see that much of a true impact,” said Andy Eichberg, Stream Realty’s managing director in D.C. “And the back-to-work issue is muddying already muddy water.”

The lobbyists, law firms, corporate representatives, trade groups, nonprofits and advocacy organizations that help shape policy and legislation play a significant role in the D.C. office market, one that’s struggling with return to office. With the federal government exercising a rather generous remote policy, and planning significant office downsizing in the future to boot, a lot of D.C. office space is going unused, and the number of new lease signings has plummeted.

The lobbying-industrial complex represents a “needle-moving percentage of our market,” said Lucy Kitchin, managing director of government services at Transwestern. Lobbying is coming off a record 2021, where a scramble for COVID-relief spending and a voice in new regulations generated a record $3.7 billion in industry revenue, with trends pointing to even more spending this year. Law firms, many of which engage in lobbying, and nonprofits make up about a quarter of the D.C. office market’s gross leasing this year, per CBRE, though demand has fallen by about 350,000 square feet compared with 2021.

A midterm outcome where one party won big, and could press its legislative agenda, might have boosted lobbying and the D.C. office market, regardless of which party.

A blue wave might have meant more federal spending, more hiring of federal employees, and a boost for office occupancy, while a red wave could have meant more congressional leaders skeptical of telework putting pressure on government to get back into the office. Plus, either direction would have also meant pushback; part of 2021’s record lobbying spend came from corporate opposition to progressive Democratic policy positions. (But a split-the-difference outcome might have been the worst possible end-result for real estate.)

Glad-handing, networking and pushing an agenda with pols might be seen as akin to life sciences, another driver of office leasing in D.C. — it’s an activity that just can’t be done at home. Attending fundraisers, greeting delegations, showing new staff the ins and outs of persuasion and publicity, and meeting with clients on Capitol Hill can’t be done on Zoom.

But that’s not the entire reality of Beltway influence peddling post-pandemic. A survey by the Public Affairs Council last year found 87 percent of government affairs execs believed lobbying by videoconference was here to stay, with 46 percent saying it was even more effective than face-to-face.

Fall polls that found the Republican Party ready to assume control of Congress likely set off preliminary conversations about potential office expansions and new leases. Shifts in power on Capitol Hill and the White House have typically spurred on big moves amid the lobbying and advocacy industries. The year before an election is typically slow in anticipation of a change, according to Josh Peyton, an Avison Young principal and managing director of its mid-Atlantic region. Once winners are established, brokers continue conversations they’ve had with clients about potential expansion and office upgrades. Also lobbyists, spying opportunities, often break off from their old firms and establish their own companies, which suddenly need new offices.

“In 2016, when Trump took over, Republicans knew there was going to be a tremendous amount of money being spent, so lobbying firms benefited from that and hired as such,” Peyton said. “Now, the whole thing has become much leaner. The office isn’t exactly this place where they’re going to host fundraising events and pay for these beautiful buildouts.”

Peyton doesn’t expect contraction within lobbyist leases, but he doesn’t forecast growth outside of a select few niches. These include those lobbying and advocacy firms that may be involved in the significant spending coming from the Infrastructure Act and Inflation Reduction Act.

D.C.’s market entered the COVID era on a weaker footing due to some anomalies and shifts in tenants, according to Vadim Goland, regional head of owner Nuveen’s D.C. portfolio. In the last few decades, a combination of defense contractors closing shop in the wake of military base closures and large law firms shedding significant space between 2010 and 2020 as they digitized operations meant the office market was already soft.

Lobbyists have also joined the flight to quality, with many aiming for space in trophy office buildings, including migrating to other sectors of D.C., especially The Wharf (where the Pharmaceutical Research and Manufacturers of America signed a new three-floor lease earlier this year) or the East End. They’re leaving behind older office spaces on K Street, the drag long synonymous with lobbyists. These properties are in turn seeing their resale values fall, in some cases making them candidates for office-to-residential conversions.

Lobbyist groups have always been on the cutting edge of office use by nature, said Goland; they need to have the flexibility to host people, deal with remote work and hold meetings. They, too, often have to have the bells and whistles before typical corporate clients.

“You have to keep up appearances,” said Stream Realty’s Eichberg. “You want to make sure those top lobbyists are happy. Everybody would like better space. Tenants are gobbling up all the great space.”

While there won’t be the kind of leasing spree seen after a wave election, expect 2023’s musical chairs of firms and talent moving around to contribute to demand for office upgrades in D.C.

Peyton said he’s seeing lobbying firms decide to rightsize, shed a little space, and seek a more impressive new address, like at 101 Constitution, a project offering top-tier space for lease a few thousand feet from the Capitol. Since concessions have been so outrageous for tenants recently, it’s worth the pain of rightsizing your office.

But there’s simply not a lot of new space to move into. K Street, the traditional home of these firms, hasn’t seen much new construction, just a few scattered upgrades, said Transwestern’s Kitchin. And there likely won’t be any new office breaking ground anytime soon that will cater to high-status tenants, due to overall economic uncertainty. The D.C. construction pipeline as a whole is a third of what it was pre-pandemic.

Right now, the lobbying industry isn’t providing many upsides to landlords. Peyton says if the Republicans manage to retake the White House in 2024, there will be a massive influx of lobbying shop expansions, but today there’s just not enough shifts to warrant serious new office growth. At least there aren’t as many of the additional downsides other cities are facing. D.C. has a small exposure to the now-struggling tech industry, and it’s unlikely that many kinds of tenants, like government advocacy offices for big companies, will be shrinking.

“Don’t get me wrong, every time there’s an election, there’s some impact on the D.C. economy,” Eichberg said. “We rarely lose people. People don’t leave D.C.”