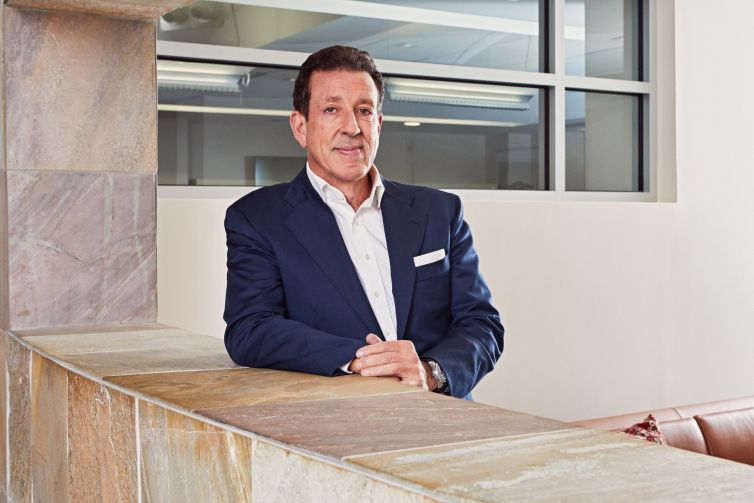 Things can get complicated, even when you’re working toward a good cause.

For Stuart Boesky, that’s the situation for affordable housing in New York City. The CEO of Pembrook Capital Management, a Manhattan-based private equity fund manager focused on real estate, pivoted his attention from New York to both Florida and California prior to the pandemic.

But affordable rental housing is definitely not something Boesky is turning his back on. In fact, he thinks it is a good and defensive investment, especially in times of economic distress (like now).

Boesky chatted with Commercial Observer recently about his views on the market, the state of his portfolio, how investors like himself are treading through rough water, why he thinks the fundamentals are still good, and how concern about the capital markets is not necessarily the worst thing.

Commercial Observer: What’s your view on the current market?

Stuart Boesky: Affordable housing is by far the most defensive commercial real estate collateral for obvious reasons. When things are a little rough, more people are looking for affordable housing. It’s very recession resistant. There’s no doubt that the demand is higher than ever because rents in market-rate units have skyrocketed. So, as far as being able to fill the units and get affordable rents, it’s pretty much a slam dunk in almost every market around the country.

Again, when things get tough, there are more affordable tenants. Anyone who has any knowledge of the area is excited about it right now. The office and retail areas of commercial real estate are particularly tenuous right now. What I hear in New York is that all the leases are being renewed at lower rates for less space. So, long story short, there’s a lot of demand for multifamily collateral, especially on the affordable side.

How hard is it to get financing right now?

It’s pretty clear to us that credit availability has tightened. As a result, we are seeing many more deals and better deals from better sponsors. In addition, the market is willing to accept higher spreads pursuant to tougher terms. Private lenders have pulled back from the market because their lending sources are drying up. Banks’ loan-on-loan terms are tighter, CLO financing is drying up, and banks are pulling back on repo lines intended to ramp up new CLOs. Some sponsors are starting to experience credit issues or see them on the horizon, so they may need extra liquidity to work through problem deals.

What’s in the pipeline for the rest of the year?

Which markets are you focused on right now?

So we got a little bit ahead of the curve. We were starting to build exposure to Florida before the pandemic. That worked really well for us. We also have been pretty big in California. People always complain about how terrible it is. But, for some reason, everyone wants to be there.

We’re dabbling in Texas, but I never love Texas because, with respect to real estate, Texas suffers from two problems. One is that there’s unlimited land and very
liberal zoning. So, if you can get a loan, you can build something there. So supply and demand is always an issue in Texas.

The other problem is that since they don’t have an income tax, the only way they can generate a growing tax base is by making sure that there’s more stuff built. So the zoning is never going to tighten up. There are obviously times when people move there for a short period of time and rents go up, but it’s more of a boom-and-bust kind of thing. West Texas is highly dependent upon oil and gas. We’re doing a deal in Dallas right now.

We’ve done some stuff in Georgia, some in St. Louis. Basically, we’re in most metro markets throughout the country, except we are staying away from New York.

Have you seen a lot of conversion deals recently?

It’s interesting. When coming out of the pandemic, there was the expectation that there would be vast amounts of conversions, especially hotels to multifamily or office to multifamily deals. What I would say is that the expectations far exceeded reality. There certainly are conversions. But, in my estimation, they’re not materially different than they have been.

It’s harder than you would imagine converting a hotel to a multifamily. The cost to do it is sometimes prohibitive. For instance, in New York, for whatever reason, they really haven’t been able to adjust the zoning requirements to allow for it, which is peculiar because in New York City it is a perennial crime that there’s not enough affordable housing. So, if there’s not enough affordable housing then you have a once-in-a-century chance to convert obsolete hotels that may never open again after the pandemic. Wouldn’t you want to rush through some emergency zoning to allow for that? It’s just not happening.

In previous interviews, you talked about the lack of investment in ARH (Affordable Rental Housing). Do you think people’s perceptions have changed?

Definitely. Investors are much more interested in the affordable sector. They are starting to understand the strong credit it represents as well as the defensive nature of the properties during tough economic times.

You retained Maya Wiley as a senior adviser earlier this year as part of Pembrook’s broader effort to improve its social impact. Is that something you have always been passionate about?

Absolutely, I have been in the affordable housing industry since 1985, so it is deeply ingrained in me. Moreover, we at Pembrook are really working hard to get capital into the hands of minority developers. We have a program where Pembrook corporately sets aside up to 3 percent of our profits to make grants to schools located in areas where we lend.

Do you think the real estate community is becoming more inclusive?

I think the real estate community is working hard to be more inclusive. It’s not an easy task. While real estate is a wonderful way to build wealth, it is not the kind of sexy career that young, talented, bright minority students aspire to. In addition, to be a developer takes a fair amount of capital. It’s much sexier and takes far less capital to start a tech company.

You’ve mentioned your hometown of Detroit as having a successful real estate community. What other city gives you a similar vibe?

How are we positioned for a recession compared to the days before the global financial crisis?

The consumer has more liquidity and less debt, and, finally, the Fed learned a tremendous amount about the capital markets. Frankly, they were not well versed in them. They also developed more tools to deal with cracks in the system.

On the other hand, the real estate industry will be much more on its own during the
next downturn. The banks have less exposure to real estate. Therefore, if there is a sharp downturn in real estate, it will be less of a systemic risk that the Fed will feel the need to address.

What worries you in the industry today?

We are happy that we target multifamily. Supply, especially in the affordable and workforce cohort, is constrained, and demand is very high. However, rent increases are likely to finally start to flatten out. At the same time, if rates go higher, cap rates will expand and values will come down. Office is likely to be a slow-motion train wreck as leases roll over and tenants shrink their footprint. Retail will have to continue to try to reinvent itself since online shopping will continue to grow as a percentage of total spending.

What are borrowers worrying about right now?

I think people are most concerned about cap rates. So, if you’re an owner or developer, you’re not so much worried about vacancy and rent reductions. But what you are worried about is interest rates and cap rates. There’s more of a capital markets concern today than a supply and demand concern, which is a good thing because the capital markets’ concern will generally work itself out. If there’s a supply and demand issue, it takes longer to fix.

What’s your view on the current market cap rate?

We’re being very careful, because what we do is bridge lending and our bread and butter is acquisition rehab. So a developer will come in and say, “I’m going to buy this property and I’m going to do some level of rehab. And then I’m going to just marginally increase the rents but still keep them below market.” The key to our business is that, at the end of the day, that borrower can refinance us out. The day we get refinanced out, we get 100 percent of what we bargained for.

However, with the rising interest rate environment, you have to be very careful and build in enough cushion because what might have worked as a loan takeout when Fannie and Freddie’s rates were 3.1 percent might not work when they’re 4.5 percent, which is roughly where they’re at today. So you have to be very careful on bridge lending from a capital markets standpoint, not necessarily from a supply and demand standpoint. As I mentioned, the fundamentals are very good.

The other thing you have to look at is that we also do what we call participating loans, where we own part of the equity. We’ll get a base interest rate on a loan, plus an equity kicker. What we’ve seen is that cap rates have started to rise. Therefore apartment values have come down slightly. They haven’t come down in proportion to how interest rates have increased, but they have come down. It’s still obviously a very strong place to be — affordable rental housing in general — because of supply and demand. You have to be careful because cap rates are going up, and interest rates are going up. That obviously affects our loan takeouts. It also affects the value of the collateral.

Do you think that will continue to be the case for the rest of this year?

I think there’ll be a little bit less of new production tax credit deals, which is the biggest new production program there is. That’s where all the new affordable housing really comes from. I think that’ll slow down a little. At the same time, demand is accelerating. So I think there’s gonna be a little bit of a crunch. Coming out of the pandemic, I think what you’re gonna find is those situations are
going to be worse than they have historically been.

As far as supply and demand, it’ll easily be the case for the rest of this year. In general, tax credit deals take a full cycle of 12 months before they start to rectify themselves — because there’s a tax credit application process and it’s a lengthy process and it’s usually an annual allocation. So those deals that got allocations based on last year’s interest rates don’t work, so they have to redo them and start over again.