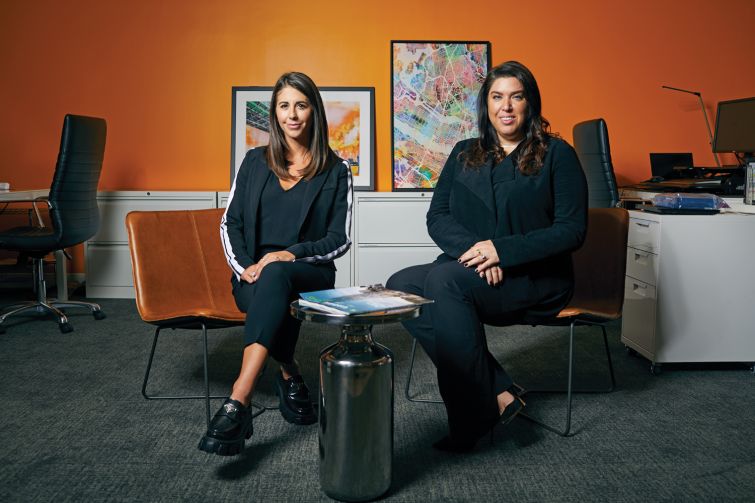 The story begins with two women meeting up at an industry conference in Las Vegas back in 2015.

“My career started in fashion and Michelle was in office furniture sales,” said Gabrielle Simon, head of business development for Spring11, a commercial real estate services firm, and Girl Gang’s other co-founder. “We both transitioned into the industry around the same time. I was very naive when I joined commercial real estate and didn’t understand what it meant to go from a very female-heavy industry to a male-dominated one. For the first six months, I kept my head down and tried to learn as much as possible. When I looked up, I realized that I had not connected with any women in the business.”

After a follow-up lunch in New York City, the two like-minded women agreed it would be great to host a dinner with some peers. Their 10-person dinner quickly turned into a 25-person cocktail event at the Arlo SoHo near Hudson Square in Manhattan. “The next day, we sent an email out thanking everyone and I titled it ‘Girl Gang.’ At that moment, we knew we had created something special,” said Simon. Neither could have imagined the group would soon grow to more than 1,500 members.

With a goal to create a platform that allows women to connect in a way that has a professional and personal impact, members of Girl Gang range from undergraduate students to C-suite executives.

Industry networking is more important than ever for women following the pandemic. In a recent CREW research paper, 29 percent of respondents said that women in their work location had left their company voluntarily in the past year, an increase from 2021 (24 percent). Further, those respondents said that of the women who left their work location, 95 percent have not returned.

“I originally joined Girl Gang because I was just starting as a woman in real estate,” said Jamie Lovell, vice president of Joss Realty Partners, who has been a member for five years and got her current job through the group. “It’s a small world out there, and there are not a lot of purely women’s real estate groups. So it was a blessing over the years to have that group to lean on.

“I think part of it is that all of these women can find job opportunities through Girl Gang for sure,” Lovell added. “But, beyond that, to get ideas from women on how to do your job differently, how to look at a deal differently. There are a lot of different ways that we can build each other up.”

Changes are being made when this group of women gets together.

“We also launched Girl Gang Helps,” said Kleger. “Utilizing Zoom, we would interview notable women in the real estate industry to highlight their career and achievements. Each member who joined was required to donate to the charity group we partnered with for that specific event. We were able to raise over $10,000 for charity.”

The momentum continued even during the pandemic. “During COVID, Gabi and I got on the phone and decided to host what we called Girl Gang Hangs which was a virtual get-together every Tuesday,” said Kleger. “We took our roster and broke it up to 50 women at a time. We did that every week from April to August.” Every Tuesday, 50 women would get on a Zoom call and talk about the market, what they see, and what people are doing.

The best part: there is no cost associated with Girl Gang. Moreover, many companies want to support women’s organizations and get their names out to Girl Gang because they know that this group is the demographic they want to hire, according to Simon. “We have a waitlist of people that want to sponsor,” she added.

The group is now poised to expand outside of New York and roll out mentorship programs at universities in 2023.

“The idea of finding other women who have a similar mindset, who have an understanding of your career path, your struggles, your triumph, etc.,” Simon said. “This entire group came together, born out of what we wanted for ourselves.” 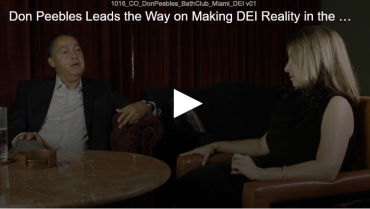 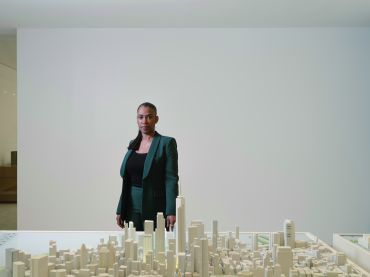