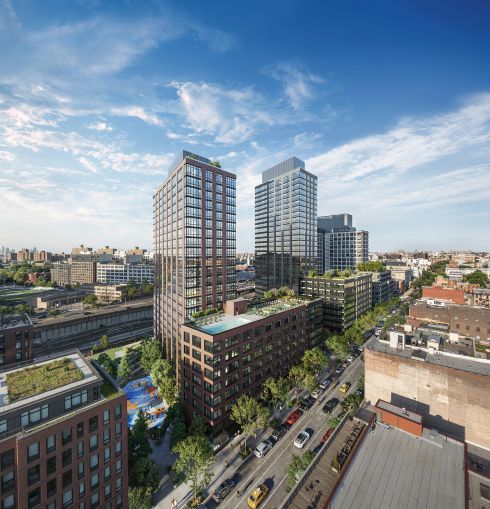 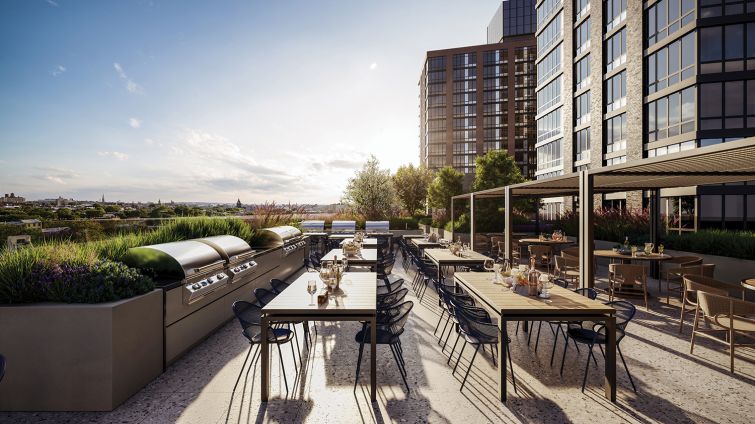 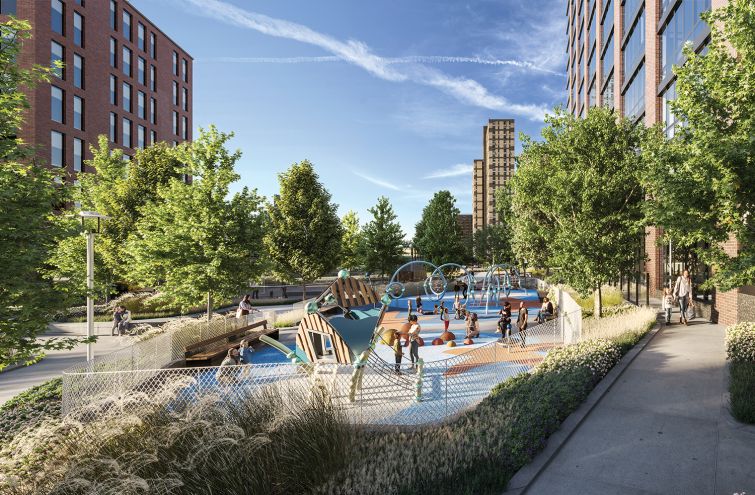 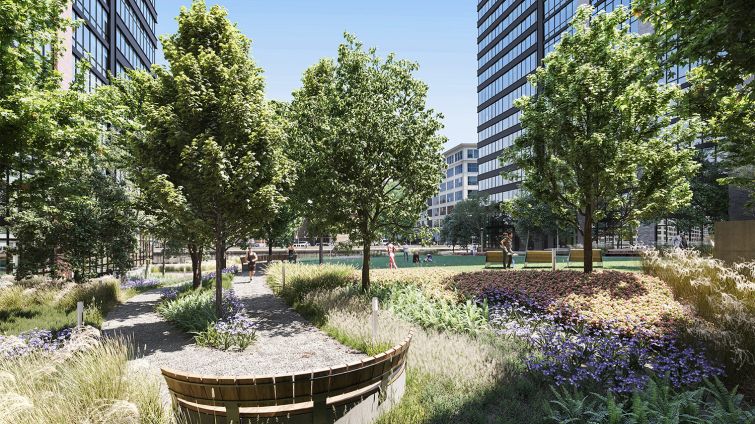 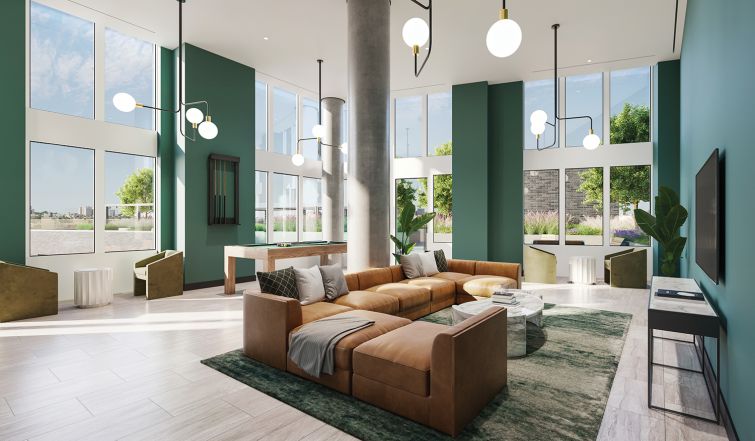 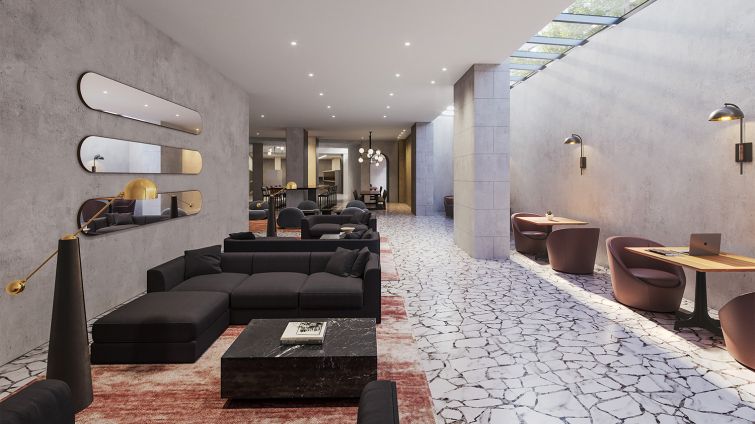 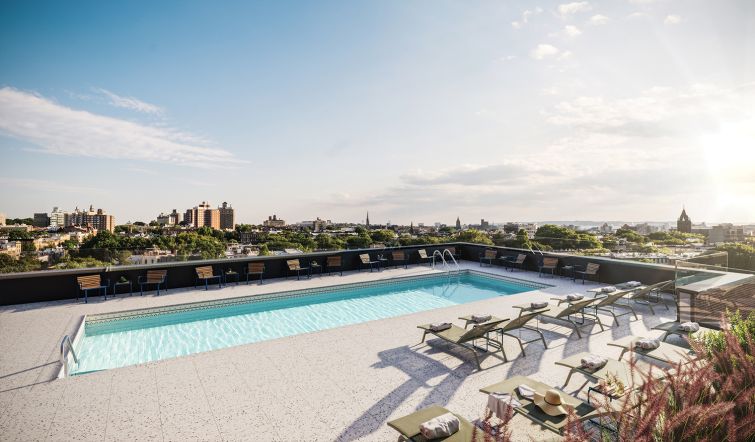 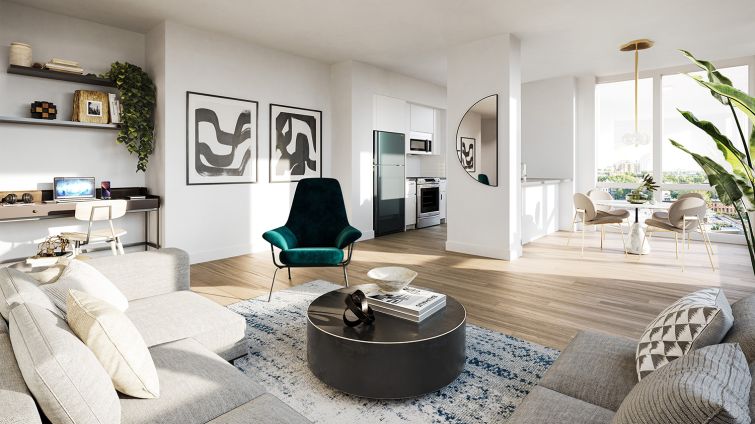 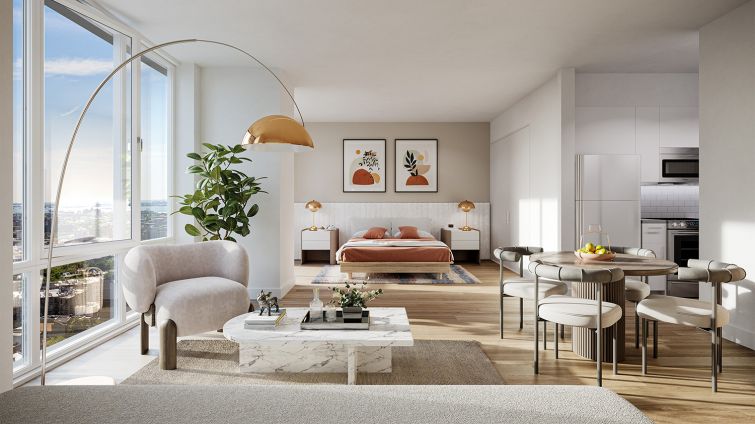 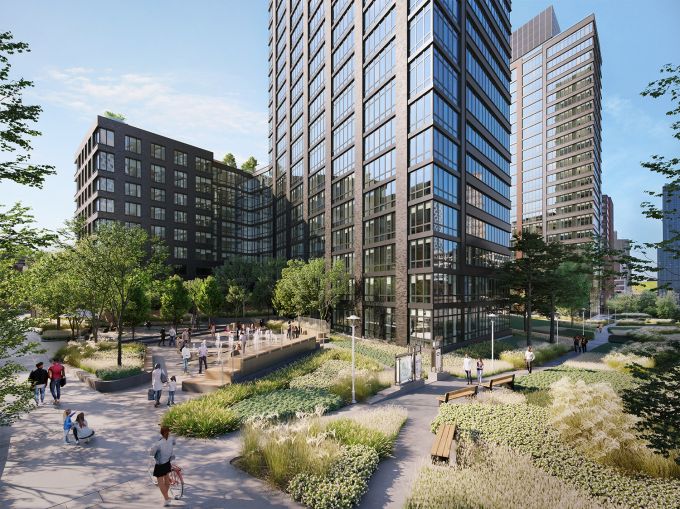 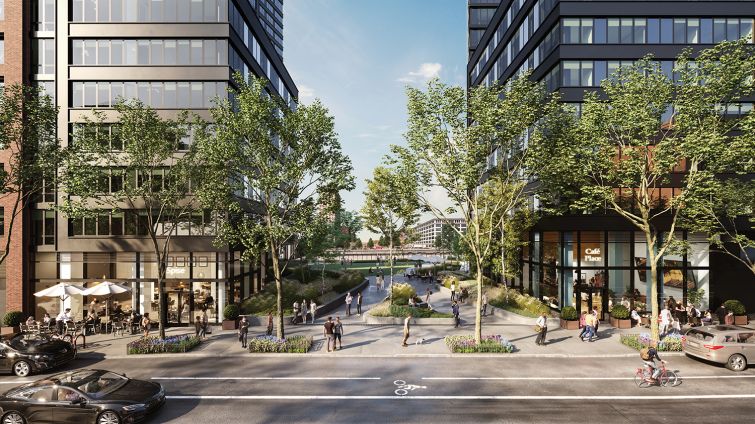 After more than a decade of construction, Pacific Park — the Brooklyn megaproject formerly known as Atlantic Yards — is still coming into focus. One major piece of it is inching toward the finish line at 595 Dean Street, where two residential towers and a handful of public green spaces are set to be complete in 2023.

The 23- and 28-story towers will have 798 rental apartments total, with 240 affordable units. Both buildings will share an address at 595 Dean Street, and they will be linked by an underground passageway that gradually rises to ground level, following the elevation change in the property. The 15-foot-wide passage will include a series of amenity spaces, including a lounge, a coworking area, a screening room, conference rooms, a mailroom, a dog-grooming station, and an entrance to Chelsea Piers Fitness, which will fill most of the ground-floor retail space with a sprawling gym. The portion that’s above street level will have large windows, while the below-grade areas have a strip of skylight windows to bring sunlight inside.

In terms of exteriors, the western tower will be clad in red brick, in a nod to many of the adjacent buildings, while the eastern tower is covered in a mix of gray metal facade paneling and gray brick.
Despite the towers’ height, Frank Fusaro, the partner at Handel Architects who oversaw the project, said that the design team tried to “reinforce the street wall.” Both buildings set back after eight to nine stories, and both setbacks have been turned into communal outdoor spaces. The west tower includes a pool and deck chairs, plus a small indoor cardio studio, while the east tower roof deck is outfitted with tables, chairs and grills for outdoor dining.

The areas between and behind the buildings will become a series of public outdoor green spaces. To the left of the western tower, there will be a colorful playground and dog run, and between the two towers will be a grassy field bookended by a wildflower garden, running paths and benches. Behind the gray east tower, concrete steps will offer seating, and a series of water jets will spurt from the ground so locals can cool off during the summer months.

Finally, the architects incorporated pieces of the Ward Bakery, a 19th century commercial bakery that once occupied the site and was demolished a decade ago.

“A lot of its history remained through tiles and balustrades and railings,” said Honyi Wang, another architect at Handel. “We’re using some of that in the park to recall what was happening here. Some of it is displayed exhibition-style in a plaque in the center, and some of it is just used in new construction. We’re using the railings and balustrades to make new tables.”