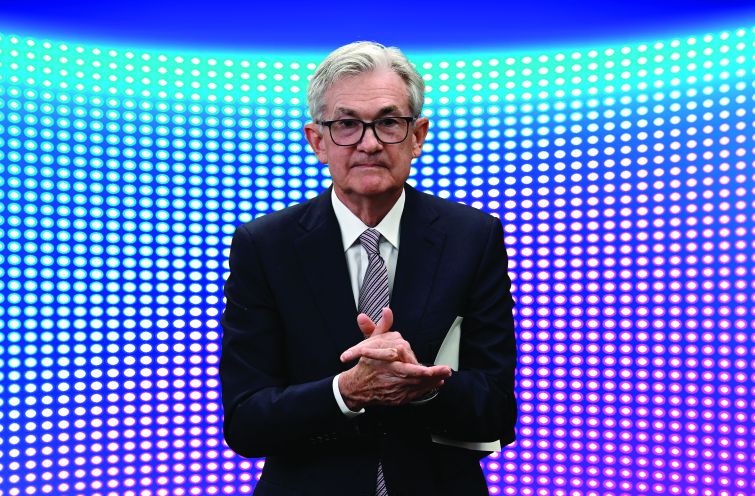 Life as a commercial real estate lender dramatically changed on June 15, 2022, when the Federal Reserve implemented its first jumbo rate hike in 28 years in an effort to combat inflation.

The central bank has not let up since, with three additional 75 basis point increases in August, September and most recently on Nov. 2, bringing rates to a range of 3.75 percent to 4 percent from near-zero short-term borrowing conditions early this year. With unknowns about when the hawkish strategy will ease, lenders have plenty of opinions on what advice they would provide Fed Chairman Jerome Powell if they had five minutes alone with the guy.

“I would tell him I believe he is overshooting the market with the extreme rate at which he is raising rates, and that a wait-and-see approach would be more prudent,” Madison Realty Capital’s Josh Zegen said. “I don’t believe the rate at which he is raising rates is sustainable. He might be playing catch-up because he missed inflation, thinking a lot of it was supply chain related, but at this point I believe most of the inflation problems are behind us and we are closer to the bottom.”

Zegen added that after years of liquidity getting pumped into the markets with quantitative easing, weaning markets off “super low” rates will take time.

Thorofare’s David Perlman acknowledged Powell has “a tough job navigating the largest economy on Earth” but stressed that raising rates sooner and more gradually would have been a better approach. He noted that this approach would have enabled a better adjustment of the capital stack for the higher rate environment.

“I’d keep this short and sweet,” JPMorgan Chase’s Kurt Stuart said. “We don’t want to see long-term inflation and we don’t want the Fed to allow inflation to become self-perpetuating.”

3650 REIT’s Justin Kennedy said he’d take lessons learned from the 2008 global financial crisis when he was head of real estate capital markets at Deutsche Bank to his conversation with Powell.

“From the GFC experience, I would first press the point that liquidity and proper market functioning are prerequisites to executing other Fed mandates,” Kennedy said.

“Following that vein, how are they viewing the severe contraction in asset-based lending markets?” he said. “ Is it really a wise policy outcome to have borrowing costs more than double in six months across lending markets, while simultaneously withdrawing foundational liquidity from those markets by raising capital requirements on big banks and accelerating the unwinding of the $8.8 trillion [quantitative easing] portfolio?”

Invesco’s Charlie Rose would urge Powell to “take a deliberate approach and to be very cautious with implementing both a steep rate hiking cycle and a runoff of the Fed balance sheet at the same time,” adding that “policy mistakes can have very significant unintended consequences, and I think the Fed needs to move very cautiously during these unprecedented times.”

The pace of rate hikes was not the only market topic raised by lenders as possible discussion points with the Fed chairman.

“I’d be interested to hear his view on how the federal government could and/or should incentivize its workforce to return to the office with more regularity,” said Cerberus Capital Management’s Neha Santiago, noting that a mostly remote schedule by government employees would create long-term headwinds for D.C’s CRE market. “In the remaining time, I’d swap Washington, D.C., restaurant recommendations.” (Café Milano is Santiago’s favorite.)

Clarion Partners’ Drew Fung said he’d discuss Powell’s views on Fannie Mae and Freddie Mac given his past support for the federal government ending its involvement with the agencies, a move that would have a “profound impact” on multifamily lending.

Dennis Schuh, chief originations officer of Starwood Property Trust, was quick in his answer for what he would say to Powell.

“Whoa, Nellie! What took you so long,” Schuh said, adding that “some dovish sentiments following the next FOMC would be a nice early holiday gift.”