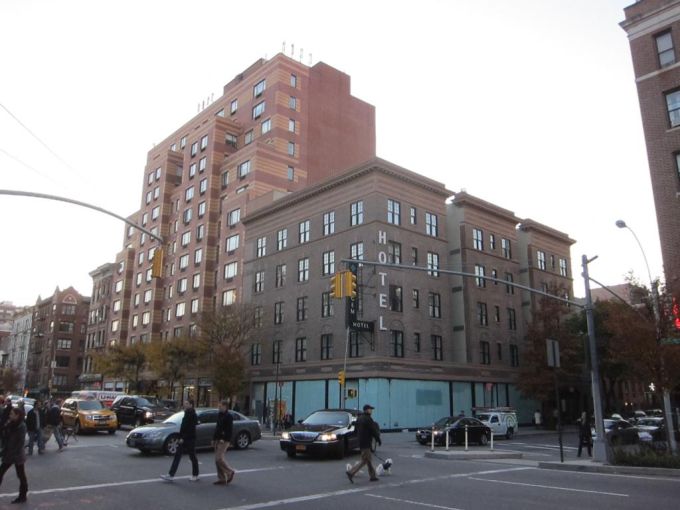 An entity tied to Icon Realty Management sued Foragers and Castellani, claiming Castellani didn’t disclose wine sales at the market to get a rent discount when it renegotiated the lease for the former eatery at 300 West 22nd Street, according to a lawsuit filed in New York County Supreme Court on Monday. Icon wants Foragers to pay up about $700,000 for the undercharged rent.

But Castellani, who closed her shop and moved out of the space in October, said the suit was an attempt by the landlord to squeeze more cash out of her.

“It is a frivolous lawsuit in character [and] I’m blissfully happy to be outside of that location,” Castellani said.

Icon and its attorneys did not immediately respond to requests for comment.

Foragers first leased the ground-floor space between Eighth and Ninth avenues in 2011 for 15 years, and by 2020 it was paying more than $45,000 per month, according to the lawsuit. After the pandemic hit, Castellani negotiated a rent abatement deal in August 2020 where Foragers would pay 10 percent of its total sales between October 2020 and April 2021, averaging at about $23,000 to $26,000 per month, according to the filing.

Castellani attempted to renegotiate her lease again last year at a lower rate but later decided to leave after the talks felt like “a shakedown and unprofessional,” she said. Icon, however, claimed that Castellani allegedly failed to disclose Foragers’ full financial picture during the abatement and therefore owes more money.

Icon also said in court documents that Forager’s business secured nearly $3 million in pandemic relief funds that it could have spent on rent, though Castellani said she used that money to pay her employees during the pandemic.

While the two parties duke it out in court, Foragers’ farm-to-table restaurant and organic market remain closed, but Castellani hopes to reopen the eatery’s original store at 56 Adams Street in Dumbo, Brooklyn. She said she’s unlikely to open another Chelsea location.