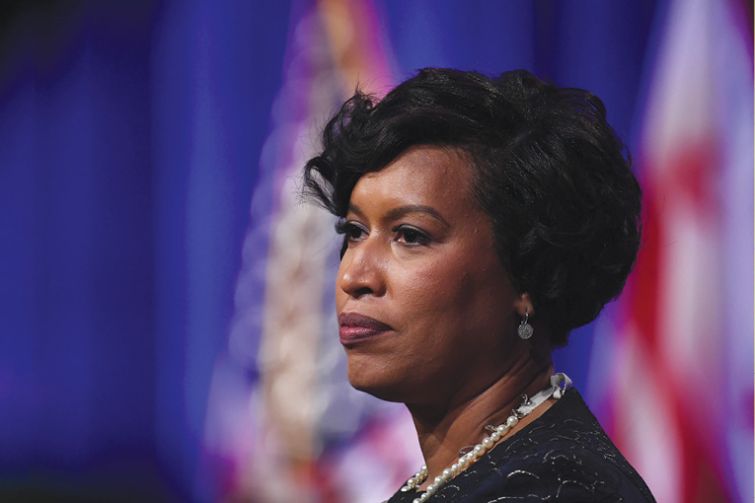 On Nov. 8, Washington, D.C., will hold its mayoral election, and while Democrat Muriel Bowser is widely expected to win her third consecutive term, for the first time she will have a Republican challenger on the ballot.

Both candidates have campaigned on the issue of affordable housing, which has long been a source of pain for District residents.

Republican candidate Stacia Hall, a mother of two and small business owner in Ward 3, has made tackling homelessness one of her major campaign promises. When she was younger, Hall spent a year in public housing and a few months in a homeless shelter, so she has personal experience with an issue that touches many D.C. residents.

In her campaign bio, Hall talked about the number of tent camps around D.C. — a situation that has “spiraled out of control,” she wrote — and her plan to find solutions. Hall’s proposals include incentivizing local employers to hire people experiencing homelessness, and promoting “housing first” for homeless persons to provide a safe environment to get individuals and families back to longer-term housing solutions.

During several press conferences over the last month, Hall also talked about improving affordable housing in the District, citing the need to better accommodate teachers, police, firefighters and nurses who are being priced out of the housing market.

She talked about the importance of these essential workers living in D.C., and not in Virginia and Maryland as many are forced to today, which is why she will advocate for more workhorse housing if elected. “We’ve got to fix the housing situation. We should be able to take care of everyone.”

For Mayor Bowser, affordable housing has long been one of her biggest priorities. As of November, the district has reached 70 percent of the Mayor’s goal to build 36,000 new residential units by 2025. Of the units built, 6,243 are affordable, crossing the 50 percent line of the initial goal of 12,000 .

In the 2023 budget, Bowser included a historic $500 million contribution to the Housing Production Trust Fund and provided $41 million targeted for project-sponsor vouchers to make housing affordable to low-income residents.

The 2023 budget also included $110 million for the rehabilitation or replacement of more than 1,500 units of public housing over the next few years, with a majority reserved for seniors; and $219 million to bring back public housing units at Barry Farm, Park Morton, Bruce Monroe and Northwest One.

Independent Rodney “Red” Grant is also on the ballot, and he has been vocal about his plans to increase affordable housing by regulating requirements for banks funding development projects in the city.