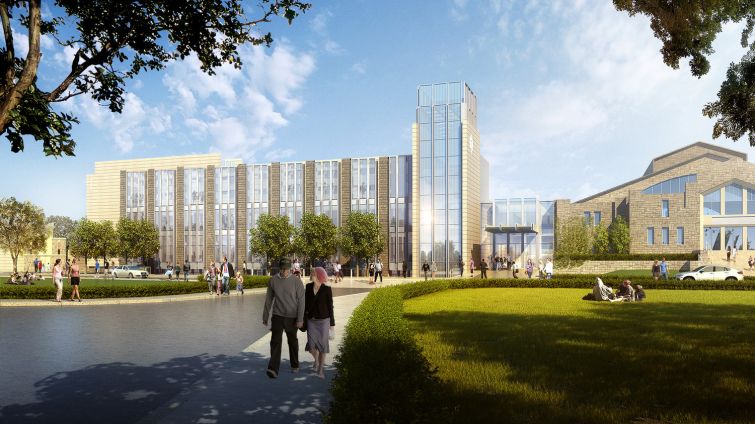 Fordham University recently completed construction on the first phase of its new McShane Campus Center, which includes student lounges, a church-like event space, a new cafeteria, a new fitness center and a long atrium that links different pieces of the project together. Rendering: HLW 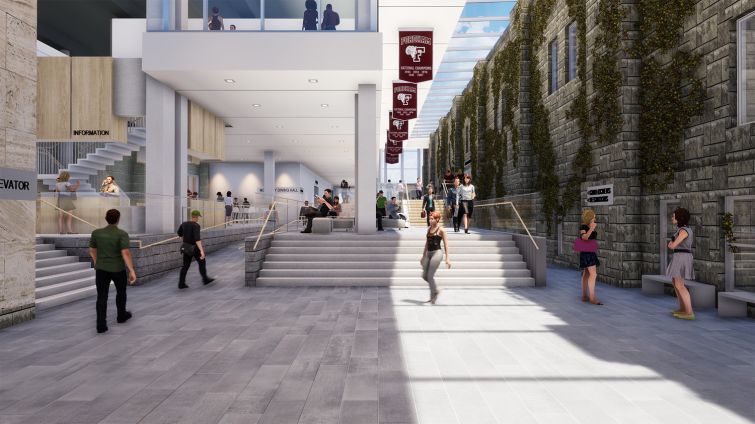 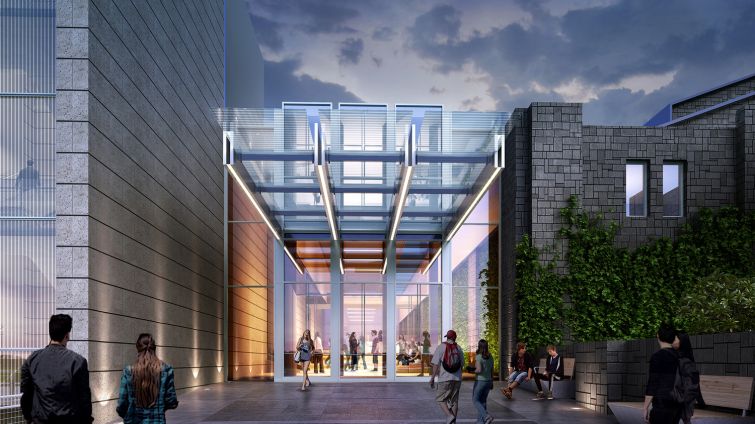 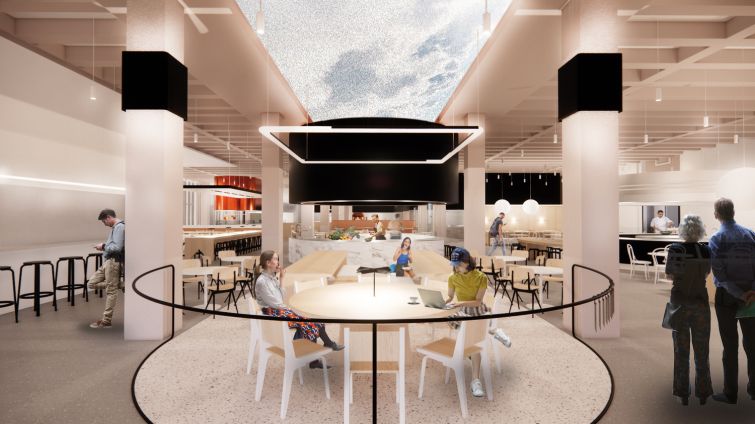 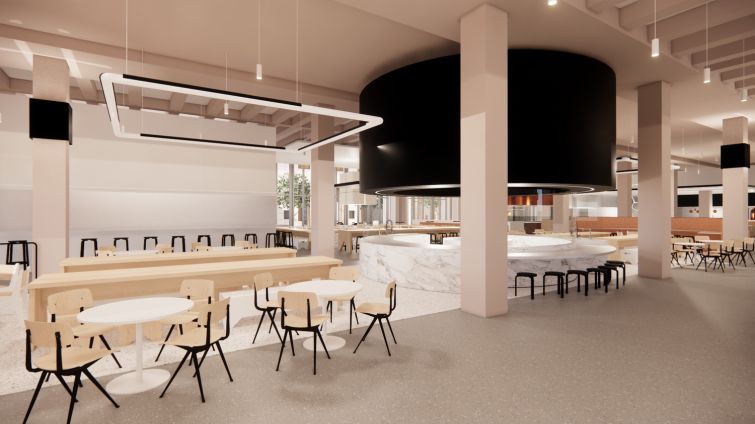 In the fall of 2019, six months before the pandemic, Fordham University started a massive renovation project on its Bronx campus that would combine and expand its student center, gym and pool into one building, dubbed the Father McShane Campus Center.
After a short pause in construction at the height of the pandemic in 2020, workers finished the first phase of the project in the spring of 2022. The expanded complex includes a new fitness center, student lounges, a church-inspired event space, and an 80,000-square-foot addition to the front of the student center.

The addition involved adding a new exterior to the building, complete with floor-to-ceiling strips of windows that extend vertically along the entire length of the facade, interspersed with stacks of gray brick. A new five-story tower was added to the right side of the student center, featuring glass facade panels sandwiched between two large panels of white limestone, one side of which has been engraved with the university’s seal.

John Gering of HLW Architects, who oversaw the project’s design, explained that his firm wanted to put a modern twist on the existing Gothic architecture of the other buildings, like Keating Hall, which serves as the centerpiece of Fordham’s Rose Hill campus.

“The existing McGinley Center, they hated this building, because it didn’t have the character of the other buildings on campus,” said Gering. “When you look at the Gothic architecture of the other buildings, there are a couple elements that are strong factors — there’s a grand entry portal that is elevated above the building and draws your eye above the building immediately.”

HLW wanted to bring that energy to the new 250,000-square-foot campus center with a glassed-in entry and central arcade, which will link the three existing buildings — the Lombardi Center, which has a pool and a running track; the McGinley Center, which has a cafeteria, event spaces, lounges and a fitness center; and the 3,200-seat basketball court and arena in the Rose Hill Gymnasium.

The second phase of the project, under construction now, includes the new, sunlit arcade, incorporating existing exposed stone walls from the gym, a squat Gothic building constructed in 1925. The arcade will include green walls, couches and a raised seating area with tables and chairs, along with wide staircases leading into the gym, the student center and an entrance to the pool. HLW even custom-designed different kinds of signage to help students navigate the space, because it leads to so many different parts of the complex.

Phase three will include a spacious new cafeteria, complete with light wooden tables and chairs, some of which will be equipped with lamps and outlets for study sessions. Several open, circular serving stations for different kinds of cuisine will be scattered throughout the space, so students will be able to watch chefs prepare vegan food, salads, sandwiches, pizza, halal food and gluten-free options. One serving counter consists of a perfectly round, white, freestanding counter and a round, black overhang, while another is more oval, with both the overhang and the countertop clad in a shiny copper metal. A large LED screen will cover part of the cafeteria ceiling, which could be programmed with art or function as a digital skylight.

“There’s copper pots and pans, and we wanted to pull the culinary process into the materials,” explained Larry Peifer, one of the HLW architects on the project. “Copper is also close in tone to the terracotta we salvaged from the arches [on the old facade], so we wanted to be evocative of what chefs use. This particular station is a chef’s table. We talked about a generation that grew up on ‘Chef’s Table’ and all these reality cooking shows. They could watch chefs and see food being prepared; they could hold a cooking class if they wanted to.”