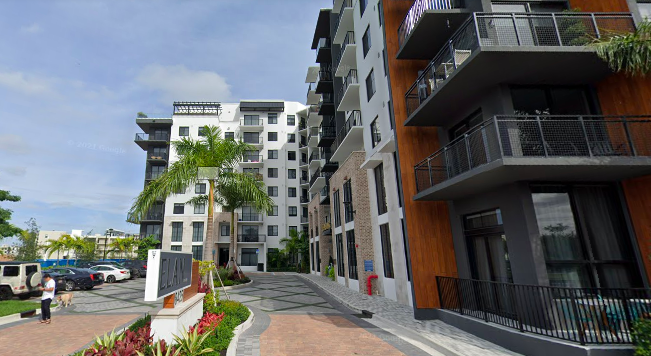 As politicians ask regulators to turn up the heat on data firm RealPage, the Department of Justice has opened an antitrust investigation into the use of its YieldStar software, ProPublica reported Wednesday.

RealPage’s algorithm is widely used by apartment landlords nationwide to establish rental rates. Now the feds are examining whether the software has allowed landlords to collude on pricing.

The inquiry will look into questions about a 2017 merger between RealPage and its largest pricing competitor, ProPublica reported.

An investigation by ProPublica last month said YieldStar eased the way for landlords to impose double-digit rent increases, and the piece spurred a flurry of lawsuits and criticism from lawmakers.

The software uses an algorithm to price apartment rents, based on inputs from a variety of market-specific data sets. The goal is to remove subjectivity from the process – but sources interviewed by ProPublica believe the algorithm artificially inflates rents and recommends increases that most landlords wouldn’t attempt otherwise.

“As a property manager, very few of us would be willing to actually raise rents double digits within a single month by doing it manually,” Andrew Bowen, vice president corporate sales for RealPage, was quoted as saying at a convention last year.

ProPublica’s story led to a flurry of lawsuits against RealPage, along with an outcry from federal lawmakers. U.S. Sen. Sherrod Brown wrote a letter to the Federal Trade Commission that said RealPage’s technology may allow “anticompetitive and potentially unlawful collusion.” Democratic Sens. Amy Klobuchar of Minnesota, Dick Durbin of Illinois Corey Booker New Jersey expressed similar complaints in a letter to the Justice Department.

“Neither RealPage nor any housing providers can move markets up or down,” RealPage said in a statement to Commercial Observer. “Each asset (bedroom type actually) is optimized separately without considering any information about the inventory availability at other communities or the strategies employed by other owners.”

The scrutiny comes as apartment rents finally are cooling. Annual rent increases have slowed to 5 percent as of October, down from the double-digit hikes common since 2020, John Burns Real Estate Consulting said Wednesday.

One client of RealPage is Greystar, one of the largest landlords in the country, which owns dozens of multifamily assets across the tri-state region alone. The firm uses the software to price available units and outperform competitors in its markets by up to 4.8 percent, according to ProPublica.

A fact sheet from RealPage says that the software was developed in the early 2000s and is not dissimilar to price-setting software used by airlines, hotels, grocery stores and others.

RealPage says it is not only helping its clients but also helping renters who can see rent prices at other apartments in an area. The algorithm also provides pricing based on lease terms and move-in dates.

The goal of the software, according to the company, is not “rent maximization” but “revenue optimization.” What’s the difference? The latter finds a balance between filling vacant units at a price that is both profitable for landlords and acceptable to tenants, according to the RealPage fact sheet.

The software doesn’t always seem right to the humans seeking its advice — about 10 to 20 percent of property managers reject the system’s recommendations.

One key difference between the human and algorithmic approaches is that landlords tend to try to minimize vacancy, assuming that turnover and long vacancies are detrimental. With the help of the algorithm, however, some landlords have found that keeping the building emptier but rents higher brings in higher returns — which, of course, works against the tenant.

One firm with up to 40,000 units under its watch found that while operating at 97 to 98 percent occupancy was considered ideal before YieldStar, it could actually raise rents if it kept occupancy closer to 94 percent.

Another concern is that if a critical mass of landlords are using these algorithms, that may be akin to collusion or price-setting and could trigger antitrust issues. In fact, the Department of Justice got involved when RealPage purchased a competitor in 2017, but ultimately allowed the acquisition to go through.

“Within any given market, revenue management works independently at each community, so some communities may see decreases and others increases,” RealPage said in its statement. “To be clear, RealPage Revenue Management does not consider or have visibility into competitor availability.”

Realpage is currently used by landlords to price 19.5 million apartments in the country, according to ProPublica.