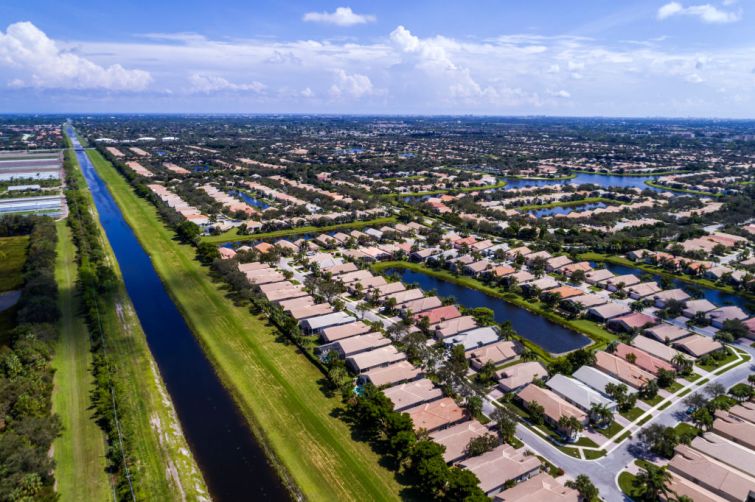 An affiliate of Blackstone that purchased an affordable apartment complex west of Boynton Beach, Fla., in May has now secured a $108 million loan on the property from Wells Fargo.

Back in May, Blackstone paid $40.25 million for the 160-unit Green Cay Village complex, which was developed by the seller in 2007 with financing from the Housing Finance Agency of Palm Beach County, according to documents filed with the county.

The $108 million loan is part of a financing package partially secured by the complex, located at 5712 Heritage Grande, according to a source with knowledge of the deal.

In September, the Housing Finance Agency terminated the land-use restriction on the 10.5-acre plot of land, according to county documents. The land-use restriction had been put in place in 2006, when the agency issued $12.7 million in bonds to finance construction of the multifamily complex under the condition that it be kept affordable for 15 years from the day that 10 percent of the units were occupied, according to the agreement.

As of September, the bonds were redeemed as a result of the sale to Blackstone, and the 15-year term completed. So the affordable agreement with the HFA expired, David Brandt, the executive director of the HFA, confirmed. However, there are additional financial agreements with other agencies that will keep the complex affordable for the foreseeable future.

South Florida is experiencing a critical lack of affordable housing, with rents skyrocketing across the tri-county area over the last several years to some of the highest rates in the country. In Boynton Beach, apartment rents peaked in May 2022 and have been coming down since, but remained an astounding 37 percent higher on average in September than at the same time in 2020, according to data from Zumper.

Blackstone declined to comment in regard to its plans for the site.