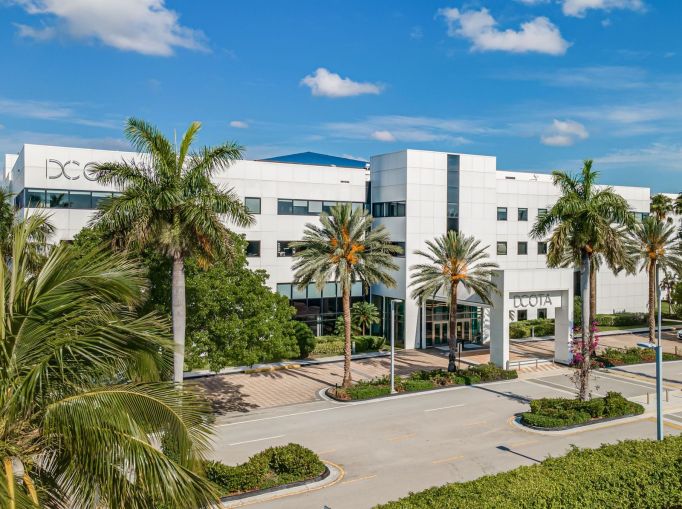 Fortress Credit Corporation has provided New York-based Cohen Brothers Realty with loans totaling $533.6 million for properties in Manhattan and Fort Lauderdale, including one that evaded foreclosure in 2020, Commercial Observer has learned.

The restructuring comes as the firm, led by billionaire Charles Cohen, is being dogged by several lawsuits, closures, and at least one default.

In Manhattan, Fortress Credit — a division of Fortress Investment Group — provided Cohen Brothers with $100 million to refinance the 300,000-square-foot 135 East 57th Street, an office building on Billionaires’ Row, according to property records in New York. The loan combines an existing $90 million in debt with a $10 million gap loan, per the mortgage documents.

A further $251 million from Fortress is secured by the 245-room Le Méridien Hotel Dania Beach and the Design Center of the Americas (DCOTA) campus on which it is built, according to records filed in Broward County, Fla. The hotel, at 1825 Griffin Road near the Fort Lauderdale airport, was completed in 2019.

That year, Wells Fargo initiated a $179 million foreclosure lawsuit against the DCOTA property.

The nearly 800,000-square-foot complex was built in the ’80s as a collection of showrooms for high-end furniture and fixtures as well as other design-related retailers. Charles Cohen bought the complex in 2005, but the property struggled after the Great Recession, even after Cohen pivoted to office space.

At one point, online pet retailer Chewy took 100,000 square feet at the complex, but that didn’t come close to filling the vacancies. Chewy has since announced that it will be relocating elsewhere in the county.

In 2020, Cohen Brothers settled with its lender. A company tied to Fortress had refinanced the defaulted mortgage for $112 million, The Real Deal reported at the time.

A third loan in the package is for the shuttered Doral Arrowwood Resort in Westchester County in New York. The 400-room golf resort shut down in January 2020 and has been vacant since. In May, Cohen proposed redeveloping the resort into luxury housing, according to local reporting.

In addition to his real estate holdings, Cohen is a movie lover who owns the Landmark Theatres chain through the Cohen Media Group and Curzon Cinemas, a U.K. arthouse theater and the distributor of the Oscar-winning film “Parasite.” Entities connected to both firms are also named as borrowers in the loan documents, though it was not attached to a dollar amount.

Of course, the movie theater business has not had an easy time of it these past few years either. In New York, for example, the Durst Organization has sued Cohen over the Landmark Theater location at 57 West, which closed permanently in 2020, for $48 million in missed rent.

Cohen Brothers did not immediately respond to requests for comment.