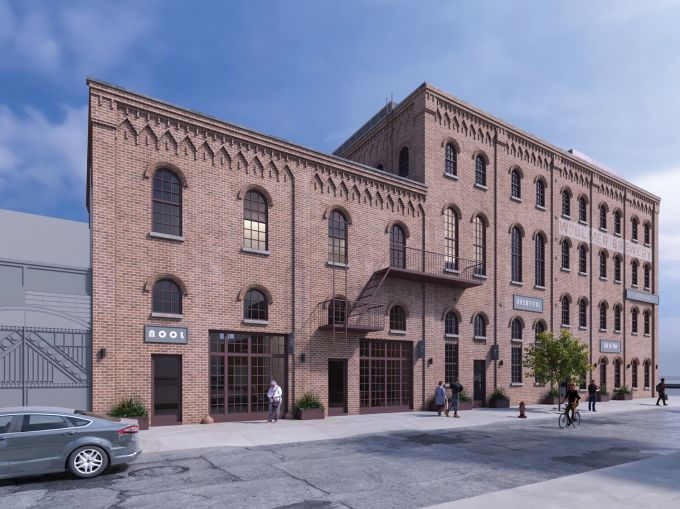 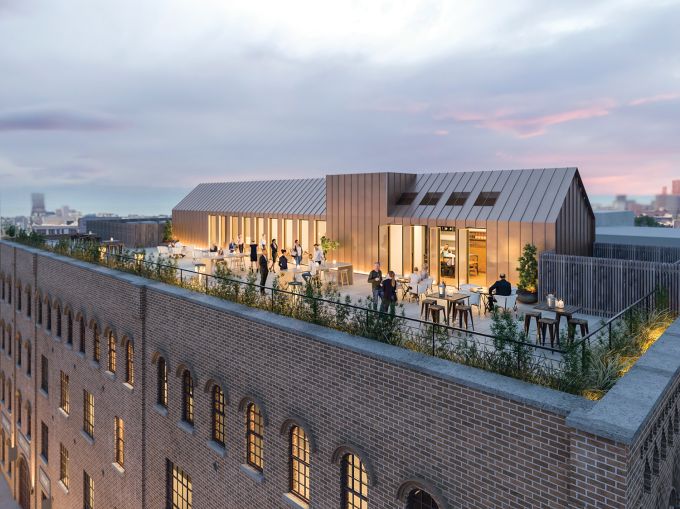 The city had to approve a variance for a new penthouse on the roof of the building. Rendering: DXA Studio 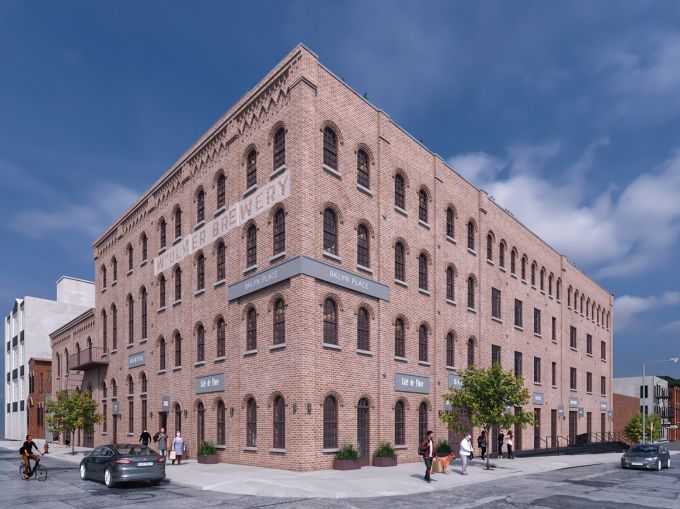 The historic, vacant William Ulmer Brewery in Bushwick, Brooklyn, has been the target of a number of development proposals in the last few years — from a new brewery, to office space, to apartments and retail.

Architect Jordan Rogove of DXA Studio has shepherded the project through all of these iterations since the owner and developer, Rivington Company, hired his firm in 2015. He said DXA and the developer spent years trying to attract commercial and manufacturing tenants to the building, which was constructed in the 1870s and landmarked in 2010. But “ultimately the market wasn’t quite there.”

DXA was able to secure approvals from the city’s Landmarks Preservation Commission (LPC) to redevelop the building just before the pandemic. The LPC greenlighted a copper penthouse addition in January 2020, and the next step was a zoning variance application to the Board of Standards and Appeals (BSA).

BSA, which handles hardship applications from developers who need zoning or use changes, was skeptical of the development team’s plan to convert the upper floors of the Romanesque Revival structure to apartments. The second, third and fourth floors of the building at 31 Belvidere Street will become 32 rentals — mostly studios and one-bedrooms — while the ground floor and three subterranean cellars will go to a retail, commercial or manufacturing tenant.

Rogove explained that the BSA “is always deeply skeptical about the hardship applications that come before them. We told them that we had it on the market as a commercial building for three years and it didn’t go anywhere, so now we need to do it as residential. They are always skeptical of developers trying to grow their footprint and make more money at the expense of historical significance. The community board was really against more residential, and [then-City Councilmember Antonio] Reynoso did everything he could to say no more residential. The reality is that it’s in the middle of a residential neighborhood.”

BSA commissioners were also opposed to the penthouse addition. However, Rogove and his partner persuaded them that the penthouse housed important mechanical equipment and would serve as a valuable residential amenity. The addition looks a bit like a copper-clad, modern farmhouse, with multiple doors leading onto a large shared terrace with plants and tables. Half of the penthouse will be reserved for tenants of a top-floor, two-bedroom apartment, while the rest will be shared.

Now that BSA has blessed the project, construction will begin in the next few months. The hunt is also on for a commercial tenant to occupy the lower floors.

“There’s been a lot of interest from smaller breweries, restaurants and entertainment venues,” said Rogove. “Given how incredible that cellar is, we hope we find the right person who can make that public. It would be great to have a restaurant or cafe. The grandeur of that building really anchors that corner.”