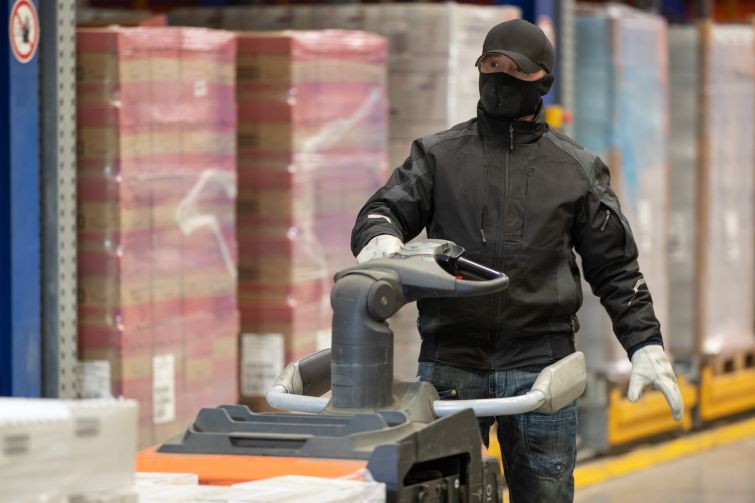 An employee with a warming face mask drives through a refrigerated warehouse. Photo by Friso Gentsch/picture alliance via Getty Images

JLL announced the financing and represented IDS in securing the loan.

The site at 14950 Meridian Parkway is fully leased to United Natural Foods, the largest publicly traded wholesale distributor serving the United States and Canada. About 39 percent of the development is cold storage and 61 percent is temperature-controlled dry storage.

The warehouse was completed in 2007 and subsequently renovated and expanded in 2020 on 59.4 acres adjacent to Interstate 215.

Founded in 1986, Los Angeles-based IDS is a privately held owner, operator and developer with 40 million square feet of space and approximately $3 billion in assets. Less than a year ago, IDS acquired a fully leased industrial business park with 330,946 square feet in L.A. County for $108.6 million.