Presented By: CIT, A Division of First Citizens Bank

Leasing Fundamentals a Positive Sign for Future of Industrial

Future Of CRE Banking brought to you by CIT, a division of First Citizens Bank 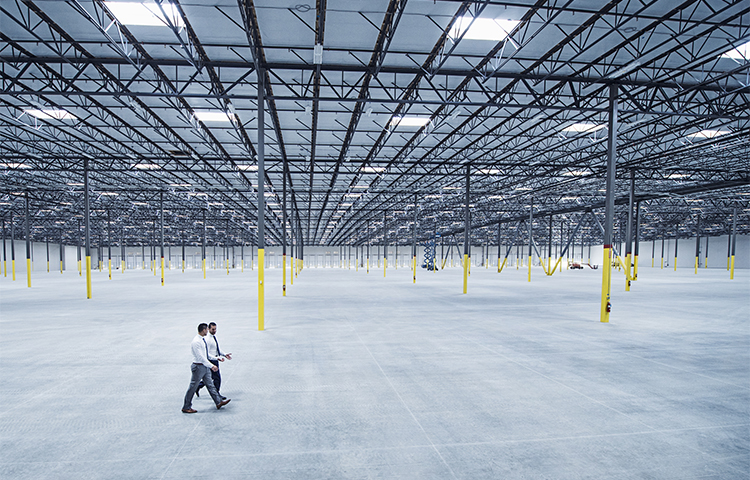 In times of economic uncertainty, many are clamoring to hold on to any positive economic news they can find. That’s why some in commercial real estate (CRE) are especially enamored of the industrial sector, which has maintained an uncommon strength throughout the pandemic. Partner Insights spoke to Jason Lydon, managing director, real estate finance for CIT, a division of First Citizens Bank, about the current state of the industrial sector and whether it will continue as a beacon of hope for CRE.

Commercial Observer: The industrial sector has been the strongest CRE sector throughout the pandemic. Is this still true? How is it faring overall?

Jason Lydon: I’m not sure it’s still the strongest, given the performance we’ve seen in multifamily and self-storage, but it’s one of the sectors investors and lenders are allocating the most capital toward. Leasing fundamentals remain very strong, especially in the markets I’m focusing on, which are in the Southeast. The major headwind I potentially see regarding fundamentals is that Amazon is pulling back, and they were the 800-pound gorilla in the distribution center space over the last couple of years. So I could definitely start to see some sort of slowdown in absorption and/or rents in the big boxes.

Given that there has been so much demand for industrial space over the last few years, it’s gotten to a point in certain places where supply has not been able to keep up. Is that putting a drain on the sector?

In general, I don’t think lack of supply is going to be an issue from where investors are sitting, as constraints on supply typically mean higher occupancy.

How has the sector been faring for investors of late?

As I mentioned, leasing fundamentals still seem very strong, so that’s a big positive. But like all risk assets, the rise in rates has definitely brought up questions around what the proper cap rate is today, or what’s the proper return on cost. Hopefully continued rent growth will offset some of the lost value that’s taken place over the last few months with the increases in rates. But for some investments with limited upside due to contractual rents, the performance is ultimately going to be determined by how much cap rates rise. We all knew rates were going up, but I’m not sure anyone really saw them going up this quickly.

We’ve also been dealing with inflation and fears of a potential recession. How have they affected the sector?

Inflation has impacted construction costs. Ground-up projects have been a lot harder to underwrite simply because it’s been difficult for developers to have any cost certainty between project conception and actually signing their guaranteed max price  (GMP) contract. As far as a potential recession, some lenders are pulling back on spec projects, thinking they may take a little longer to lease or have concerns about where rents and values will shake out 12 to 18 months from now. But in general, I don’t think recession fears are really going to impact the sector that much. Everybody still has a large allocation to industrial or is increasing their allocation, which should hopefully put a reasonable floor on values.

How easy or difficult is it for an industrial project to obtain capital these days? Is capital harder to obtain now than it has been over the last few years?

There’s still plenty of capital looking to invest, but right now the problem is that it’s become more difficult to figure out the right basis for an investor, or leverage point for a lender, due to the uncertainty around where rates are going to land and where the economy is going to be. So, while I think there’s the same appetite – people definitely want to be working on industrial projects – they are being more cautious given the current environment. It’s much harder now than it was in the past quarter.

Where do you see this heading over the remainder of the year and into 2023?

I think at least for the rest of 2022 — and this isn’t just for industrial but any sector in commercial real estate — it’s going to be impacted by the debt capital markets. They’re currently in flux. It’s going to be hard to gain a clear view until the Fed gets inflation under control and the market gains some confidence that interest rates are stabilizing. Before that happens, I can’t see us getting back to 2021 levels — there’s just too much uncertainty right now.

Is the industrial sector faring equally well across the country, or is it stronger in some areas and weaker in others?

I can’t speak to the entire country since I pretty much focus on the Southeast these days. But in the Southeast, South Florida, Charleston and Savannah have all been particularly strong markets. Due to that strength, you are starting to see some new supply pick up, particularly in Charleston and Savannah, so that may lead to lower occupancy levels. But in general, most Southeast markets are still performing very well due to the demographic changes that are happening in the country.

As far as your own activity and CIT’s, are there any particular deals or loans you would like to talk about in the industrial sector?

There’s no one particular deal to discuss. We lent a lot on infill, small bay, light industrial products over the last year, and when we look at the rent growth that has taken place on those assets, it’s really been robust. Part of that is because there is no new supply in that sector. It’s great to see that rent growth because cap rates are probably going to be widening from where we underwrote, so we’re going to need rent growth to offset that.

Is there anything else worth noting about where you think the industrial sector in general is going to go for the rest of 2022 and into 2023?

We need the Fed to get inflation under control so interest rates stabilize. That should help the debt capital markets come back, because right now we really don’t have a properly functioning debt capital market. And that’s not just for industrial, but for all assets.

View more articles on the Future Of CRE Banking here.