One 253,670-square-foot property is fully leased to Classic Beverage Company 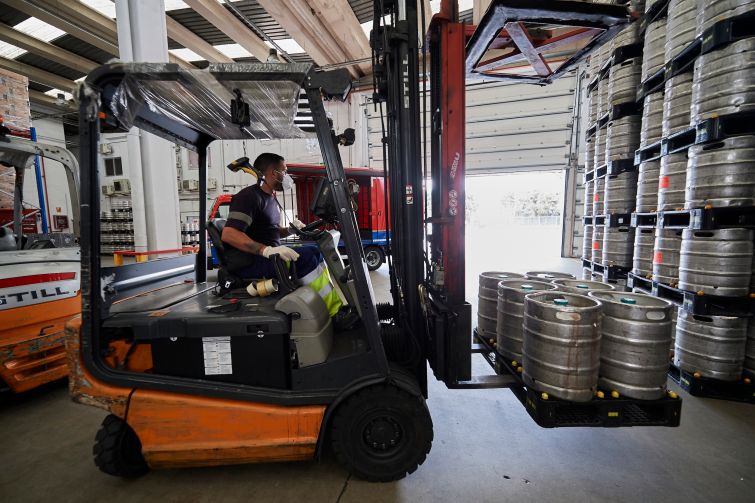 TA Realty has acquired two warehouses from JCS Properties for a combined $133.5 million. One is in the San Gabriel Valley of Los Angeles County, and the other is in the Inland Empire — in other words, the two most expensive markets in the nation for industrial investment sales.

The Boston-based firm put down $92 million for a 253,670-square-foot property in the City of Industry that’s fully leased to Classic Beverage Company, which distributes domestic and imported beers, ciders and dozens of other popular drink brands. Located at 120 Puente Avenue, it includes refrigeration rooms in the warehouse, and a third-story office space with a training room, a kitchen, and a bar area.

(Earlier this year, a 158,800-square-foot cold-storage warehouse leased to Anheuser-Busch about 12 miles away sold for $85 million.)

The second warehouse includes 140,300 square feet over 6.4 acres in Corona in Riverside County, and it sold for $41.5 million. The building was completed in 1989 at 451 Cota Street, at the intersection of Main Street and Riverside Freeway. The two-tenant building was 43 percent occupied when the deal closed.

The two deals add to the rampant industrial sales market in Southern California. Indeed, L.A. County is the busiest market in the nation with more than $3.7 billion in industrial investment sales since the start of the year, while the Inland Empire is fourth with more than $3.2 billion, according to a CommercialEdge report released Tuesday.

The same report showed the Inland Empire is the most expensive market in the nation with an average $336 per square foot sales price, while L.A. is the second-most expensive.

The western side of the Inland Empire is composed of more than 334 million rentable square feet of industrial space, and it saw 6 million square feet of positive gross absorption in the second quarter this year, according to Stream Realty. Vacancy remains at a historically low 0.38 percent, while transactions remain high: In the past 12 months in Corona, there have been 160 commercial real estate deals.