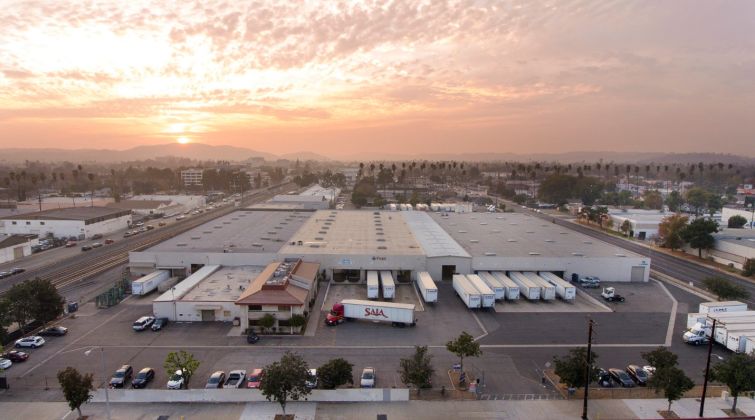 The asset at 159 San Antonio Avenue is fully leased to Pregis, a manufacturer and provider of packaging and protective products. courtesy: Stos Partners

The owner of a fully leased, 182,275-square-foot distribution facility in the easternmost part of Los Angeles County has attracted a big sale a little over a year after acquiring it.

San Diego-based Stos Partners sold the Class A industrial property in Pomona, Calif., in the San Gabriel Valley for $45.9 million after acquiring the asset in July 2021 for $21 million.

“The fact that there is a continuing occupier at this property demonstrates the strong demand for prime industrial space by users in the area,” Jason Richards, a partner at Stos Partners, said in a statement. “Tenants have been quick to renew leases and secure their spot in the tight Los Angeles market, making this asset especially desirable for investors.”

The 8.5-acre site is near the 10 Freeway and State Routes 71, 60 and 57. Cushman & Wakefield’s Jeff Cole said it’s also near the railroad and is a great prospect for either renovation or redevelopment. It was originally built in the 1950s and renovated in the 1970s.

The industrial vacancy rate in the San Gabriel Valley market is below 1 percent, according to Cushman & Wakefield’s latest industrial market report.

“This quarter, we have seen vacancy levels at an all-time low in Los Angeles,” Stos’ Tanner Jansen said. “At a vacancy rate of 0.9 percent, the second lowest in the U.S., Los Angeles continues to appeal to both users and owners. This asset offers the buyer immediate cash flow and long-term value creation opportunities over the next several years.”