JPMorgan Chase’s Dave Demcak discusses CRE trends in the Pacific Northwest, with an emphasis on industrial, retail, and office. 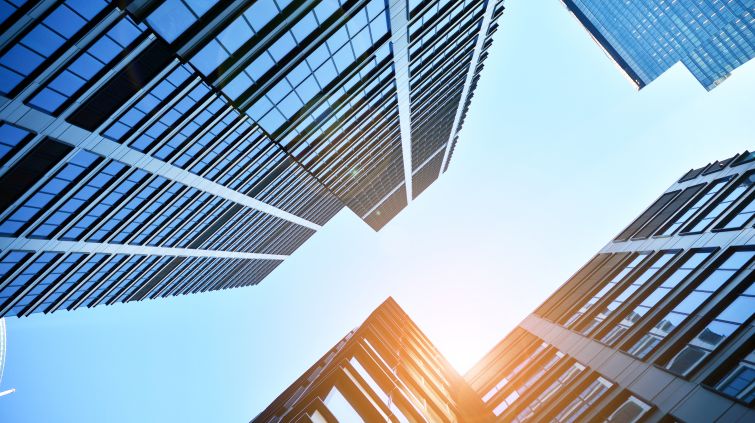 Many commercial real estate sectors have shown positive trends nationwide throughout the pandemic. Some regional distinctions, however, are affecting their strength in the face of recent adversity. Partner Insights spoke with Dave Demcak, regional sales manager for Pacific Northwest & Central, Commercial Mortgage Lending for JPMorgan Chase, about how these sectors are currently faring in his region.

Commercial Observer: Where has lending activity been the strongest for Commercial Mortgage Lending, both geographically and by sector?

Dave Demcak: Industrial is the belle of the ball right now, driven by increased online shopping, manufacturing and same-day deliveries. The new development and highest demand areas are in historically strong industrial submarkets closer to large traffic arterials — like highways and freeways — as well as airports. Much of that demand has pushed into outlying submarkets, where infill spaces can accommodate new product. Retail has rebounded quite nicely, especially service-oriented retail in dense suburban markets — think grocery- or shadow-anchored retail. The flight to the suburbs has propelled movement toward more suburban retail.

How is industrial faring in the Pacific Northwest compared to the rest of the country?

It’s performing well. But between our oceans, mountains, lakes and rivers, and our mandated land-use restrictions, it can be difficult to develop. When you look at where industrial is hot, it’s in the outlying submarkets, further away from large metropolitan areas. In the last 12 months, the Pacific Northwest has seen 12 million square feet of positive net absorption, with another 14 million square feet under construction. However, a great deal of that construction is either preleased or build-to-suit. There’s a 5 percent vacancy in all major submarkets in the Pacific Northwest, so we still have some room to grow, but the submarkets are doing well.

Is there anything else the industry or policy makers could be doing to help bring industrial sites online quicker to better meet the demand?

One challenge is land-use restrictions. We need to better understand the master plan for our cities and where we want to have industrial development, thinking about where the best areas are for industrial development along the freeways and near airports. It’s about finding space within urban-growth boundaries to incentivize smaller municipalities to open land for development. There’s concern about having smaller markets overrun by big industrial players. Developers need to work with potential tenants, cities and other stakeholders involved.

The office sector has seen a continuous rise in vacancies throughout the country. How is the sector faring in the Pacific Northwest, and how does that differ from other regions across the country?

Suburban locations of higher density, near arterials, have performed well. Central business districts and the surrounding urban neighborhoods have been hit much harder. The Pacific Northwest is in a comparable situation to other coastal cities where the urban core office markets have been slower to recover, with below 40 percent of people having returned to the office compared to the national average of around 43.6 percent. This is not to say there aren’t signs of improvement, like a reduction in concessions, slightly increasing rental rates, and some notable new leases being signed. It’s just not as robust as other regions in the country. The Pacific Northwest office market has long been buoyed by the tech sector, but a lot of those workers have converted to a work-from-home or hybrid model. That’s hurt some of the recovery in the region.

How have rising interest rates affected industrial, retail and office sectors in the Pacific Northwest?

Rising interest rates affect almost everyone in different ways. Where stakeholders need to take a deeper look is at debt yield, return on capital, rental rates, refinance opportunities, acquisitions, and dispositions. We have all seen the effects of rising rates in our business. We’ve seen deals fall apart as rates increased very quickly, or buyers going back to sellers asking for concessions or price reductions. We’re not geographically immune to rising rates.

How has JPMorgan Chase Commercial Mortgage Lending’s approach to business helped it succeed throughout this difficult and transitory time?

Challenges facing the lending environment right now are what you’d expect: quickly rising rates, uncertainty in the economy, supply chain issues and inflation. Our lending platform’s value proposition mitigates many of these unknowns. We have some of the quickest closing times in the industry, from application to funding, and we also offer the ability to lock rates in upfront at application, removing rate uncertainty. We have experienced bankers and underwriters in all of our markets. This level of expertise keeps our underwriting efficient and consistent. Also, we focus solely on industrial, retail and office, and we have a partner group within the bank that focuses solely on multifamily. They’re one of the largest multifamily lenders, if not the largest. Our years of experience, and the intel we receive from our portfolio, help us understand movements in the market and anticipate what’s ahead. Our boots-on-the-ground approach allows us to be a much more effective lender.

How do you see the next year shaking out for Commercial Mortgage Lending in your sectors?

We’re seeing strong employment, good in-migration, and continual demand for CRE investment from groups outside the Pacific Northwest — all of which point to a pattern of growth. However, there’s still a long way to go before things are back to “normal,” and things may never return to the way they used to be. On top of this, there are indications of a pending recession, which could slow the overall recovery. We should keep our eyes on inflation and supply chain issues that could slow receipt of goods and increase the cost of goods sold, thereby squeezing profit for some of the smaller vendors. And while office is still in flux, now that kids are going back to school, it will be interesting to see how elastic the return to office numbers will be.