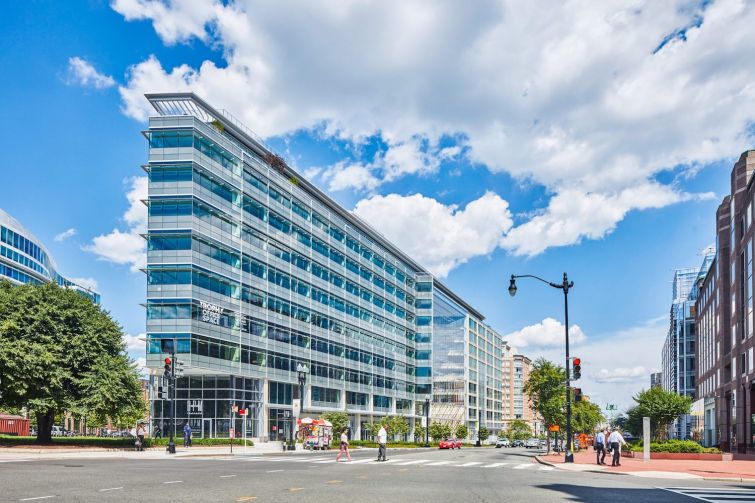 Boston Properties, which developed the fully leased property on the site of the former NPR headquarters in 2015 for $350 million, was the seller in the deal. The transaction, first reported in Washington Business Journal, is the largest office sale in the District so far in 2022, besting Nuveen Real Estate’s $375 million acquisition of the Patrick Henry Building at 601 D Street NW for $375 million from Tishman Speyer.

Law firm Arnold & Porter LLP currently holds a 20-year full-building lease at 601 Massachusetts Avenue, which is set to expire in 2035.

At the time of the Herndon purchase, Mori Trust noted that since its founding it has aimed to build asset portfolios based on selection and concentration.

“As one of the key strategies of our ‘Advance 2027’ medium- and long-term vision formulated in 2016, our company has raised the goal of investment in overseas real estate with a scale of up to 200 billion yen,” or about $1.4 billion, the company said in a prepared statement.

Mori’s new acquisition is in the Mount Vernon Triangle/Gallery Place/Chinatown neighborhood, just blocks away from the Capital One Arena and the 2.3 million-square-foot convention center.

Requests for comment from both parties were not immediately returned.