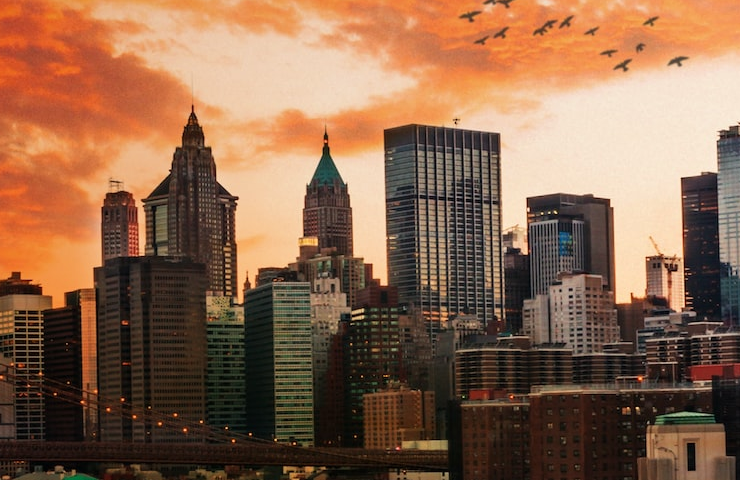 One of the greatest challenges developers face is the sheer complexity of organizing the hundreds of different factors that go into commercial real estate development, and the certainty that juggling so much data will invariably lead to errors. Northspyre is an intelligence platform for developers that stores and computes all elements of real estate development, eliminating errors and streamlining complex processes. Partner Insights spoke to William Sankey, Northspyre’s co-founder and CEO, to learn more about how Northspyre makes life easier and more profitable for developers.

Commercial Observer: What exactly does Northspyre do?

William Sankey: Northspyre is a proactive intelligence technology for real estate development decision makers. It’s the first type of technology that allows them to leverage data analytics, artificial intelligence, and tools that can help them make more proactive decisions for their projects as opposed to primarily using convoluted spreadsheets, which often leave them in a more reactive, backward-looking posture.

What role does AI play in all this?

If you’re a real estate developer, you’re managing hundreds of vendors. Our average customer has about 230 vendor relationships. You’re also tracking everything you need to manage the project effectively — budgets, forecasts, etc. Northspyre leverages automation to do all of that for you. The magic of Northspyre is that as your project manager and your vendors email you invoices, contracts, proposals, change orders, etc., Northspyre extracts the data automatically. You don’t have to do filing or data entry. Then we serve you proactive insights, such as red flags and early warnings. Say you’re getting ready to accept an invoice, but the invoice might bring you over budget. Northspyre’s system will always flag contextual information, giving you a sense of what’s coming to your project before you approve it. This allows developers to focus on more strategic, high-order decision making. The typical project lead is spending 30 to 40 percent of their time on low-value administrative work. We let the machines do that and try to reorient their focus.

Given all this, how do Northspyre’s automation processes help developers mitigate increased material and labor costs?

One of the great benefits of a tool like Northspyre is the way it can help find the right vendor at the right price. It looks at vendors historically — their price list, whether they bid low, those sorts of considerations. Northspyre automatically indexes this information and benchmarks it for you. You have access to an entire bank of data as opposed to just what you know from your own personal experience. A project lead negotiates nearly every day. Now, you can come to these conversations with data. Jean Savitsky, director of real estate at the Museum of Modern Art, was one of our earliest customers. She says she loves Northspyre because it used to be that architects and contractors came to meetings with more data than her. Now she comes to the table with more data than them, which helps her negotiate and hold costs down.

How does automation influence the accuracy of financial projections?

When companies have hundreds of financial documents that need to be entered into a system, they’re probably going to miss some of them. They get lost in email, or get filed away. Northspyre handles that automatically. Then, once we capture that data, we have a team that gives it a human eye review within three minutes of the document hitting your email inbox. So not only has a robot checked it, but so has a real human. You’re looking at around 99 percent accuracy, which is much higher than a tired data-entry person entering data into a spreadsheet at 10 at night. Also, tracking project costs is complicated, and it’s very common for errors to arise. Say you’re trying to forecast where your project is going to be 18 months from now. Northspyre can do that by looking at, for example, there are 13 different scenarios, here’s everything that could happen. Northspyre will explore all of those and then tell you, this is what we think is the worst-case scenario. Most people are not going to write a spreadsheet complicated enough to generate the same forecasts.

Are there any ways that Northspyre can serve as a hedge against inflation?

Inflation is like a lot of other problems in your real estate projects in that it’s the unknown that causes costs to escalate. While Northspyre can’t stop inflation, it can help you forecast and project into the future to make more proactive adjustments. If you knew that two years from now you were going to end up being 12 percent over budget because of inflation and other reasons, you would probably make some changes today. But most people can’t figure that out until the problem is two or three months away. So now, real estate developers that are using automation are more nimble and flexible in reacting to environmental circumstances, because they can see where things are headed before they get there and can make adjustments accordingly.

How easy is it for a developer who is still using older manual processes, such as spreadsheets, to switch to the Northspyre system?

Northspyre tries to do two things to make it really easy. One is the software itself — there’s a real focus on the ease of user experience. If you see a number and want to know more details, you just click on the number and then keep digging in deeper from there. It’s not like you’re looking at Excel and see some type of index match function and think, what is that? And two, we trace how this number was created. Our product philosophy is, if you can’t get 90 percent of the value in less than 10 to 15 minutes, then the product is too complicated.
So even people who don’t know how to use Northspyre can sit down for 10 or 15 minutes and have some understanding of how to use it. Also, we have real estate transformation consultants (RETC). Every one of our customers gets assigned one RETC at the start of the project. These are all people that have run real estate projects before, so they understand the lingo. You then provide all your information to us, and we basically reconstruct your entire project in Northspyre in a matter of days. The end result is that your projects keep moving forward without disruption. You don’t focus on some complex software that a hiring consultant has to implement for you. We take that off your plate and let you focus on adding value.