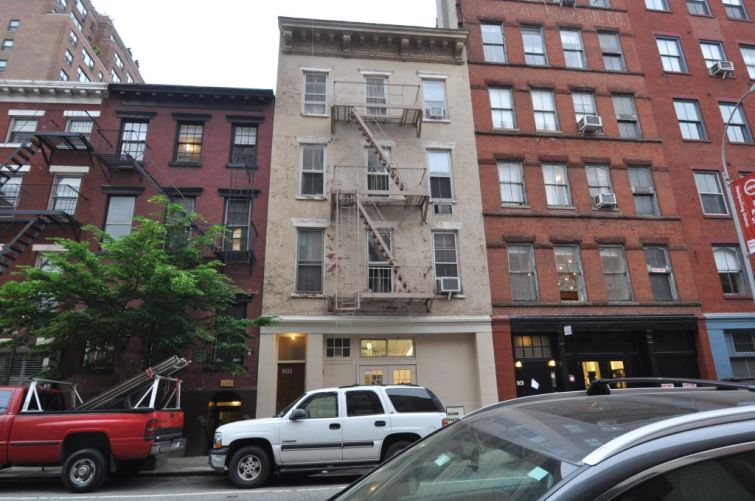 A New York author and farmer sued Jamestown Properties and its president Michael Phillips for allegedly skipping out on a $1.61 million finder’s fee for two Greenwich Village residential buildings he found.

Nick Voulgaris, the owner of celeb favorite Kerber’s Farm on Long Island, claims he gave Phillips the heads-up that the buildings at 801 and 803 Greenwich Street were for sale. He wants Jamestown to pony up the fee or give him a 10 percent ownership interest, according to a lawsuit filed in New York County Supreme Court Thursday.

Jamestown and attorneys for Voulgaris did not immediately respond to requests for comment.

Voulgaris, who lives near the properties, claims that, after befriending the ex-wife of one of the building’s co-owners, he learned the buildings were for sale through a forced auction thanks to a dispute between its landlords.

Since Voulgaris lacked the cash to buy the buildings — which have a combined 10 residential apartments and two retail storefronts — he approached Phillips as a co-investor in May 2021.

The two met at the French restaurant Pastis at the end of May to discuss the acquisition and then tour the nearby buildings, according to the suit. Voulgaris claims he continued to feed Phillips photos, videos and information about the properties in the months that followed, and offered Phllips $1.5 million for an ownership stake in the properties. Phillips declined the money but promised to pay Voulgaris a finder’s fee instead, according to the filing.

But after a Jamestown affiliate purchased the 17,376-square-foot landmarked buildings for $16.1 million in December 2021, Phillips allegedly refused to pay up and said Voulgaris didn’t bring the deal to him, according to the filing. Voulgaris claims Phillips intentionally deceived him in a “scheme” to let Jamestown nab the properties “at below-market prices and with no competition” from Voulgaris or other investors, said the lawsuit.

It’s unclear what Jamestown’s plans are for the buildings, which were described as a potential luxury residential development site in marketing materials. Jamestown has not filed for any permits with the city.

Voulgaris’ lawsuit is the second filed against Jamestown in the past two months. The Durst Organization sued Jamestown in August claiming that the scaffolding put up during construction at One Times Square cuts too much into the pedestrian area and stretches onto Durst’s next-door property at 151 West 42nd Street, though a judge rejected Durst’s initial request to remove it in September, according to court records.