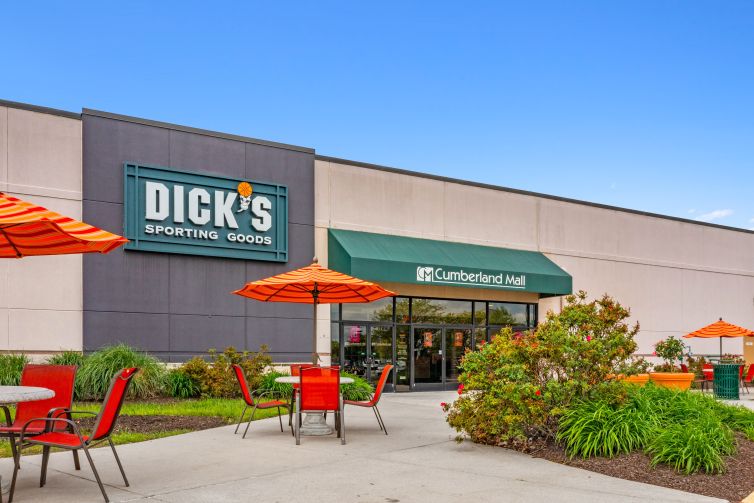 The Cumberland Mall in Vineland, N.J., is a recent examples of a regional mall securing debt that has defaulted at maturity in the past month. Photo: Cumberland Mall

“There was approximately $4.7 billion in outstanding loans that were characterized as non-performing maturities as of August 2022. This figure excluded debt with properties that have entered into foreclosure as well as real estate-owned (REO) assets, but included loans that may have transferred to special servicing prior to scheduled maturity dates.

“Altogether, the aggregate outstanding debt for non-performing maturity balloons was 35 percent higher than in July 2022, when the total was approximately $3.5 billion. The surge comes amid a rising rate environment that adds difficulty to the refinancing process. If cash flow issues are also present in the underlying collateral, then prolonged workouts may be required.

“Additionally notable, the increase in the amount of maturity defaults coincides with a higher volume of loans coming due for maturity. In December 2021, CRED iQ published a report looking ahead to scheduled maturities in 2022, and, on a monthly basis, July 2022 had the third-highest total of scheduled maturities with $2.3 billion. This came one month prior to the August surge in non-performing maturity loans.

“Scheduled maturities for the remainder of 2022 are concentrated in October and December, creating opportunities for maturity defaults to continue to manifest at a relatively high rate.

“Our observations included loans securitized in both single-asset single-borrower and conduit securitizations. Maturity defaults were split evenly, by outstanding balance, between both types of securitizations.

“Further examination shows that the amount of maturity defaults within the conduit subset has remained fairly level over the past three months, ranging from $2.3 billion to $2.5 billion. This indicates the recent surge in August can be attributed to single-asset single-borrower securitization loans.

“The amount of outstanding debt securitized in single-asset single-borrower transactions increased, on a net basis, by roughly $1.3 billion during August.

“One such example was the $465 million Greenway Plaza loan, which was securitized in a 2017 single-asset single borrower securitization. The loan is secured by a 20-building, 4.2 million-square-foot office park in Houston.

“The Greenway Plaza loan transferred to special servicing in July 2022 after a maturity default in May 2022. A forbearance agreement expired in July that rendered the status of the loan as non-performing.

“Maturity defaults can also severely impact conduit securitizations in the form of adverse selection. Take the UBSBB 2012-C2 securitization, for example, which had eight specially serviced assets remaining as of September 2022, including three REO assets. The remaining five loans have all failed to pay off at maturity, leaving all of the outstanding debt in the securitization in the hands of special servicing workouts.

“The high concentration of retail loans is made of primarily regional mall collateral. The Cumberland Mall in Vineland, N.J., and the Greenwood Mall in Bowling Green, Ky., are two of the more recent examples of regional malls securing loans that have defaulted at maturity in the past month.”