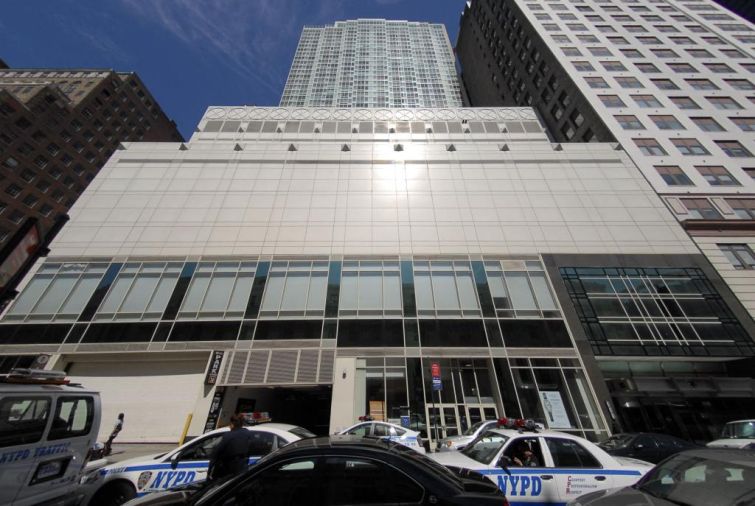 Some tenants ran an allegedly illegal Airbnb operation out of the luxury 315 West 33rd Street rental building, and landlord Brookfield Properties wants them out.

Brookfield sued tenants Mei Wu, Rui Wang, Wei Zheng Peng, Aaron Chan and Hongrui Zheng on Friday after the group allegedly rented nine apartments through Airbnb in the 333-unit Midtown West building, dubbed The Olivia, and refused to stop even after Brookfield found out, according to court records.

The scheme started in 2020 when Wu and Wang first rented a unit in the building and then began posting it on Airbnb, according to the suit filed in New York County Supreme Court. Brookfield learned the duo was running the operation in 2021 thanks to the smart-lock company Latch, which showed strangers entering the unit for short-term stays.

Brookfield hit Wu and Wang with an eviction notice in August 2021, and the pair left only after the landlord took them to court, records show. Wu and Wang then allegedly roped in the other three residents to join the scheme, with several remaining in their apartments despite evictions and at least one Airbnb guest refusing to leave, court records show.

Brookfield asked a judge to bar the group from continuing to rent apartments in the building and pony up more than $70,000 in back rent and legal fees, with Brookfield claiming Chan and Zheng owe a combined $20,000 in skipped rent alone, the suit said.

Airbnb and an attorney for the five residents did not immediately respond to requests for comment. Brookfield and its lawyer declined to comment.

But Brookfield could be on the hook for fines, not just missed rent, according to the filing, because New York City has been cracking down on illegal Airbnb listings for the past few years. In 2018, the city sued the owner of seven Hell’s Kitchen buildings for failing to stop an illegal Airbnb operation, even though landlord Maxine Gilbert claimed she didn’t know the rentals were happening and in violation of state law, which prohibits renting out an apartment for less than 30 days in most cases.

Last year, New York City passed a law mandating that short-term rental sites give them information on hosts and transactions. Short-term rental operators will face further regulation next year after a new rule goes into effect requiring hosts to register with the city and prevent Airbnb from processing payments if their information doesn’t match the city registry.