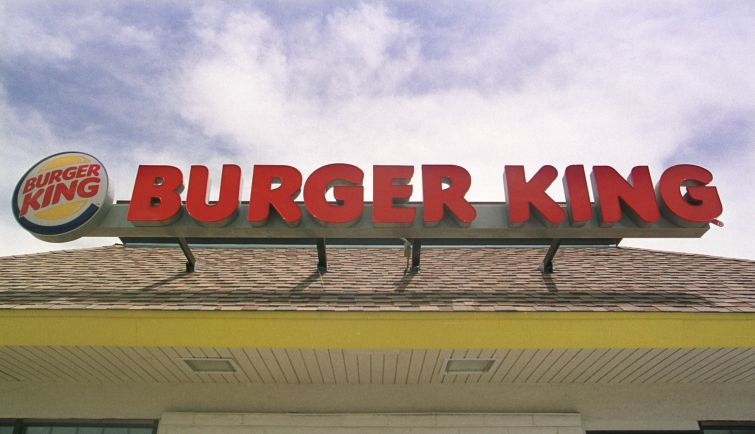 Camille Renshaw, CEO and co-founder of B+E, reflected on the “humorous war stories” she shared with founding employees during the celebration, which included showing original marketing materials from 2017 and how the initial tech platform looked.

In the years since its launch, Renshaw has brought new life to the net-lease market with a trading platform that features dashboards, real-time predictive pricing and an AI-driven exchange. The New York-based firm has expanded into seven other offices in Chicago, Atlanta, Tampa, Charlotte, Dallas, San Francisco and Orange County, Calif.

Renshaw spoke with Commercial Observer about her firm’s rapid growth, where the idea for an online net leasing platform was born, how net-leasing is positioned for the current market conditions, and her ideas to bring more women into commercial real estate leadership positions.

Commercial Observer: B+E just celebrated its fifth anniversary as a firm. What does this accomplishment mean to you given all the market challenges and other headwinds you have encountered since launching in September 2017?

Camille Renshaw: I hope it means that we’re making the industry a better place. Our goal is to be a more modern brokerage firm, and we’re using a lot of technology and other best practices inspired by that tack to generate new, more efficient transactions. So we hope our clients have more confidence.

A good example of that is when we’re able to have 1031 exchangers come and spend $20 million through the platform and they’re sourcing four or five properties. If they want to buy a Burger King, they can see every Burger King that’s on the market today and instantly become the smartest person in the room in terms of where Burger Kings are priced at, what comps are common among Burger Kings that are trading, but that feels a little bit more like the efficiency you get in the stock market. And that’s a pretty dramatic change that we’ve been able to provide to our clients.

So I think elevating the confidence of our clients is pretty exciting, and that’s probably the chief goal and chief thing that we’re proud of at this point.

Where did the spark for this concept come from?

When I was a young tech entrepreneur and worked on a lot of different startups. I actually came to real estate after investing proceeds from one of my company sales in real estate, and I bought a portfolio of net lease [assets] so I already had a tech mindset coming into the space. I worked for a couple of major brokerages, Colliers and Stan Johnson Company, and then a group of us from Stan Johnson went to Ten-X, which owns Auction.com among other products. I was head of sales there and my partner at B+E, Scott Scurich, was head of the net lease vertical at Ten-X.

So myself and all the folks that we brought over with us got a lot of exposure to Google Capital. Google was the largest institutional owner at that time, and a lot of the best practices that happen at a large CRE tech company really inspired us. Auction.com is at the added-value or distressed end of that commercial real estate transactional spectrum, and we are at the other end.

We were really trying to sell things at their highest value point when there’s the most term and the strongest credit. There are a lot of things that the transactions don’t have in common, but we did take a lot of inspiration from the idea of trading more quickly and trading with more confidence.

B+E holds the distinction of brokering the largest CRE transaction by a digital platform. How much went into this deal, and what did it mean for the firm’s growth?

It definitely got us a lot of exposure across the marketplace. Myself and the founding members had done a lot of large sale and leaseback transactions before we were B+E so we certainly already had a reputation for doing sale leaseback deals. I think it just further cemented it that we were going to do more and more of that at B+E.

It’s been great. Bass Pro Cabela’s was very happy with the transaction, and it really has helped with their growth as a company to have that cash infusion within the market. The buyer pool that we created for the offering, those buyers have really stuck with us once they saw what happened in that transaction, and we’ve gone on to do a lot of other large transactions with those institutional players and family offices that participated in that.

It’s been great for us just for people to understand the platform better and to know what kind of transactions you can expect out of B+E.

How is the net-leasing industry positioned in the near term with so much uncertainty in the market?

When folks are insecure about what might happen next, they try to find the assets with the strongest credit and good escalations, especially in this inflationary environment, and they are paying strong pricing for it. Also in this environment, there’s a big push for bonus depreciation in terms of tax savings, so there’s a lot of buyers coming into the segment because we can help a lot with [convenience] stores and car washes and that kind of thing that get 100 percent bonus depreciation. So there’s definitely a lot of movement into the segment right now and leaving less secure components of the segment.

What does your success as a female CEO mean to you personally given that commercial real estate has traditionally been a male-dominated industry with women holding very few C-suite positions?

I think the world is changing. I think there have been a lot of wonderful women who have come into the space before me that have provided space for me to have B+E and grow and flourish within the segment. There are a lot of women in the segment that are doing a great job. Mary Fedewa, CEO of STORE Capital; Karen Hutton has Hutton Construction, a huge development  company down in the Southeast. And there are just tons of women across the C-suite space and on various boards that are coming into the segment.

I assume it means the same thing that it does to me, to be candid with you, Andrew, as it does any man who’s having success in their career. I’m really grateful for all the wins. I’m grateful that I’ve had the opportunity to do as many transactions as we’ve done here. You always learn a ton from those — good, bad or ugly. And I’m excited about the growth that is coming.

What do you think is the key to bring more women into CRE leadership roles?

I think that you become what you can see. It’s really hard to step into a role that you don’t know even exists or that is accessible for you. So I think a key for all the women who are in jobs like mine is to be as public as you can be about that and try to make it clear that women earlier in their career can come down the path and occupy space within the segment.

I also think it’s really important that we make it clear to women investors that there’s a space in net lease for them. This is a place where traditionally the investors have also been men. So, I think, as more women come into more capital, as the baby boomers are getting older and women my parents’ age are getting more and more money, they could be spending it in net lease very much like they are within the stock sector.

It’s really wonderful and important to provide space for the younger women who will come up after them. Those investors will demand that there be women in the seats of the companies that they work with. They’ll demand that there are female brokers on the transactions that they’re investing in, and those things are really positive. And, also, they provide great role models for those other employees within the segments to later be the investors themselves.

What are your near-term or long-term goals?

Our goal is just to scale and grow the company. I’m very excited at the five-year mark to look ahead to the 10-year mark, and think about how much we can grow. We’re in eight cities now across the U.S. We have three different components to our platform at B+E, one for sellers, one for buyers, and the third one that’s coming up for owners to help them leverage a lot of the technology that we have to asset manage. I’m excited to see where those three components go and grow.

I think that it’s very possible that we have twice as many components to our tech platform. I don’t know that we’ll be in that many more cities, but I hope that we will have doubled our client base and really grow the market share of the company. I hope that our presence in the space really drives other firms towards a more modern brokerage practice, embracing people of all stripes — male, female, of various races and ethnic backgrounds, inviting them into the space.

It’s a wonderful space to trade very quickly and provide a lot of underlying equity growth for the people that participate in it.