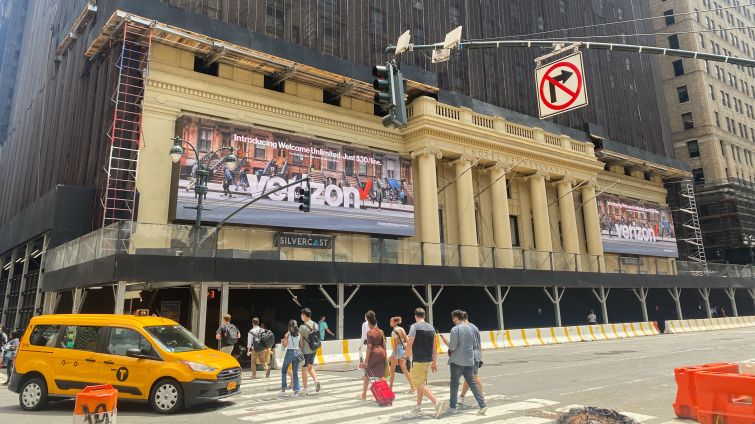 Earnings in the second half of 2022 are expected to decline for Vornado Realty Trust, but plans for the rehabilitation of Pennsylvania Station are moving forward, and that has Vornado CEO Steven Roth feeling optimistic.

The expected decline in earnings, which CFO Michael Franco attributed to rising interest rates, Vornado reported during a Tuesday morning earnings call  that the real estate investment trust (REIT) would lean on operating income — which was up 7.1 percent compared to the previous quarter — from existing, long-term leases while waiting for payouts from Penn District investments, which could be five to 10 years away.

Funds from operations in the second quarter of 2022 came in at $160.1 million, or 83 cents per share, according to Vornado.

“We had another very good quarter with comparable [funds from operations] of 20 percent from last year’s second quarter,” Roth said during the call. “There are signs of a slowdown all around a rapidly slowing housing market, falling consumer confidence, and companies announcing hiring pauses or even layoffs. … While we are protected by long-term leases with about 1,500 tenants, we do expect that we are prepared for choppy conditions.”

Existing buildings Penn 1, Penn 2 and the old Farley Post Office are currently under redevelopment while Hotel Pennsylvania, highly contested by preservationists, is being demolished to make way for the planned office tower Penn 15. The first three assets are expected to generate net operating income of $300 million on a stable basis within five years, according to Roth.

In August 2020, Meta, the parent company of Facebook, committed to 730,000 square feet of office space connected to Farley, but Meta has started re-evaluating nearby leases after taking remote work trends into consideration.

Roth considered Vornado’s stock price of $29.46 per share as of Tuesday morning to be undervalued considering the “magnitude of these unique prospects.”

“I believe that the inherent values and the [internal rate of return] evening out over a period of time are extraordinary and unique,” Roth said. “If investors want to be short-minded, each investor can make their own decision.”

In the quarter ending June 30, Vornado leased up 301,000 square feet of office space in 21 transactions in New York City and up to 8,000 square feet of retail space. Average office asking rents last quarter were between $85 and $97 per square foot with an average lease term of 11 years.